After the Muslims conquered Jerusalem, they built a victory mosque.

And after they conquered Cordoba, they built a victory mosque.

And after they conquered Constantinople they built a victory mosque.

And now, they want to build a mosque by Ground Zero.

And Obama Supports it!

Where does Congressman Bob Etheridge stand?

He won’t say. Won’t speak out. Won’t take a stand.

The terrorists haven’t won and we should tell them in plain English, No. There will never be a mosque at Ground Zero.

Renee Ellmers is in a tight race with Congressman Bob Etheridge.

To help her win contribute at: www.ReneeForCongress.com

What started out as a Defense Budget bill, many called it Don’t Ask Don’t Tell’s defeat. Whatever you call this quagmire piece of legislation, the Senate Bill didn’t pass due to a “procedural hurdle.” According to an article posted on the Fox website the, “bill failed in a 56-43 vote.”

“The routine bill authorizing $726 billion in defense spending had turned into a political football in recent days as lawmakers feuded over add-ons that dealt with cultural hot buttons ranging from immigration to abortion to gays in the military.”

“The vote Tuesday was a blow to gay rights advocates who saw the defense authorization bill as the only vehicle through which to repeal the law before the election.”

“Democrats had also intended to offer the DREAM Act, a proposal giving young illegal immigrants who attend college or join the military a path to citizenship, as an amendment — a move that injected a heightened level of controversy into the debate over the past week…”

I thought it was a defense budget bill; so what kind of clown ( Senator ) shoves amnesty for illegal aliens into a defense budget bill? I forgot, Harry Reid wanted to do something nice for young illegal immigrants, so he used his position to foist this off on the public under cover of a defense bill. Dream Act, more like Nightmare Act for anyone paying attention. The public wants no part of illegal alien amnesty, so the Democrats keep trying to repackage it, hoping it will somehow get passed before they get swept out of town this November. 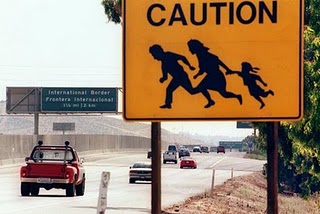 The article never mentioned exactly what “procedural hurdle” caused the bill to fail. It did mention that even Harry Reid voted against it. Must have been something to do with spending money on the military because it sure didn’t have anything to do with shoving amnesty for illegal aliens down the public’s throat.

“Democrats pledged to find another way to bring back the DREAM Act. Majority Whip Dick Durbin, D-Ill., said he would do “everything in my power” to pass it.”

Don’t take your eyes off the folks in Washington. Believe them when they say they don’t care what the public thinks about the direction our nation is headed. They really could care less about right or wrong as long as their agenda moves forward, an agenda which includes adding up to 20 million illegal aliens as future voters. If you believe getting young illegal aliens amnesty is all these hustlers want; Dream On. They want all 20 million, a perpetual poverty class dependent on government handouts. 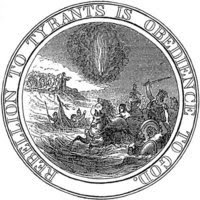 Because you know, Dick is really a dick…