A story from November 2009 that you may not have seen yet. 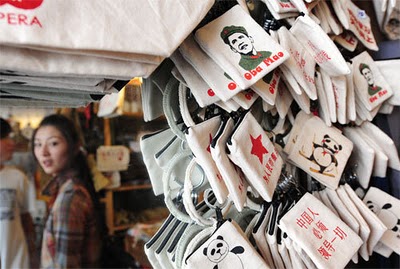 “The T-shirts have Obama’s image in a Red Guard uniform. Since he was elected the US president last year, the T-shirt has had a ready market. According to some business owners, they got calls last week from Beijing Municipal Government demanding them to stop the sale of this kind of T-shirt immediately. And inspection officers even came to stores to make sure the T-shirts are off the shelf. Business owners have been notified that after Obama ends his visit to China, they can resume the sale.” – China Digital Times 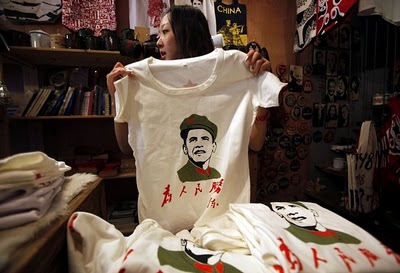 More photos here, and the original story at China Digital times is here.