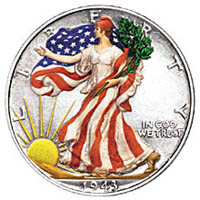 Can you imagine the advantage of having twenty-three thousand votes for your slate of candidates or referendums from voters who don’t even exist? Did I mention those twenty-three thousand votes would be from a single community? It could happen in Houston according to an investigation by a watchdog group called “True the Vote” who have turned up some alarming irregularities according to an article by Ed Barnes on the Fox website.

The investigation began when volunteer poll workers observed blatant violations such as votes being cast by judges when people asked for help, but what really stood out were sheer numbers based on registered voters supposedly living in the same house.

“The first thing we started to do was look at houses with more than six voters in them” Engelbrecht said, because those houses were the most likely to have fraudulent registrations attached to them. “Most voting districts had 1,800 if they were Republican and 2,400 of these houses if they were Democratic . . .

“But we came across one with 24,000 and that was where we started looking.”

It was Houston’s poorest and predominantly black district, which has led some to accuse the group of targeting poor black areas. But Engelbrecht rejects that, saying, “It had nothing to do with politics. It was just the numbers.”

“Well there ya’ go”, as Marshall McCloud would have said, the whole investigation is based on racism; a bunch of white bigots can’t handle having a black president so they go after the black community. If that’s true then mathematics is racist.

“Most of the findings focused on a group called Houston Votes, a voter registration group headed by Steve Caddle, who also works for the Service Employees International Union. Among the findings were that only 1,793 of the 25,000 registrations the group submitted appeared to be valid. The other registrations included one of a woman who registered six times in the same day; registrations of non-citizens; so many applications from one Houston Voter’s collector in one day that it was deemed to be beyond human capability; and 1,597 registrations that named the same person multiple times, often with different signatures.”

Draw your own conclusion, but when I see SEIU in the same sentence as voter registration fraud, I’m no longer surprised. A pattern has developed, much as the one which triggered this particular investigation; corruption and fraud related to SEIU.

“The integrity of the voting rolls in Harris County, Texas, appears to be under an organized and systematic attack by the group operating under the name Houston Votes,” the Harris voter registrar, Leo Vasquez, charged as he passed on the documentation to the district attorney. A spokesman for the DA’s office declined to discuss the case. And a spokesman for Vasquez said that the DA has asked them to refrain from commenting on the case.

It’s just my opinion, but people who don’t exist, don’t have privacy rights. Taking it a step further, folks who are registered to vote multiple times and claim to live at several addresses are supposed to be exposed for the liars and frauds they are. If Harris County Voter Registrar Leo Vasquez hadn’t brought this to the attention of the District Attorney’s office he’d be an accomplice to voter fraud.

Here’s another question, who is fighting against laws requiring a valid photo ID prior to casting a vote? Could it be…Democrats? Give that man a prize! America needs people of integrity to survive; there aren’t enough poll watchers and policemen. I leave you with a line from John Adams.

“We have no government armed with power capable of contending with human passions unbridled by morality and religion. Avarice, ambition, revenge or gallantry would break the strongest cords of our Constitution as a whale goes through a net. Our Constitution is designed only for a moral and religious people. It is wholly inadequate for any other.”

One thought on “How Much Voter Fraud Is There?”