9.6%: The unemployment rate for the month of September.

17: The number of consecutive months that unemployment has been above 9 percent.

14: The number of consecutive months that unemployment has been above 9.5 percent — the longest such span since the Great Depression.

17.1%: The rate of underemployment in September. This accounts for the unemployed, those unable to find full-time work and those discouraged from looking for work.

14,767,000: The number of unemployed Americans looking for work in the month of September.

7.9%: The level at which President Obama claimed unemployment would peak if the stimulus was passed.

2,622,000: The number of net jobs lost since the Democrats “stimulus” was signed into law.

33.3: The average number of weeks that job seekers have been unemployed.

9,472,000: The number of Americans who are working only part-time because they cannot find full time employment — the highest number ever.

2,548,000: The number of unemployed Americans who want work, but who have stopped looking because of the state of the economy.

6,123,000: The number of Americans unemployed and searching for work for more than 27 weeks.

1,187,000: The number of job seekers that are new entrants to the workforce and have yet to find a job.

26%: The unemployment rate among job seekers between the ages of 16 and 19.

16.1%: The unemployment rate among African Americans.

12.4%: The unemployment rate among Hispanics and Latinos.

707,000: The number of manufacturing jobs lost since the stimulus was signed into law.

September Unemployment By The Numbers

Pelosi: Food Stamps & Unemployment Give Us The “Biggest Bang For The Buck”

If it’s all about food stamps, then Vote for Democrats.

If you are more concerned about JOBS, Vote the Bums out!!!

Obama and the Democrats are driving the car straight to the unemployment line.

Progressive Democrats don’t create jobs, they create entitlements by taking from YOU. 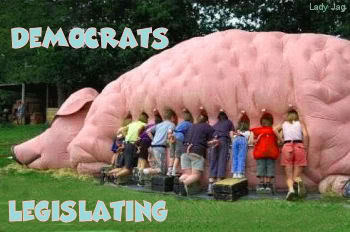 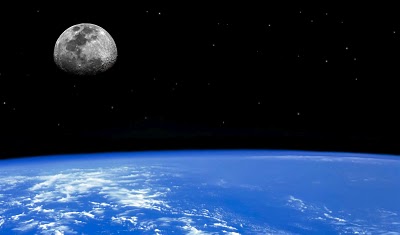 Two months before the Cancun climate summit, the cat has been let out of the bag officially: there will not be any legally binding agreements on emission reduction at Cancun.

After a meeting of four emerging economies — Brazil, South Africa, India and China (BASIC) — in Tianjin on Monday, the BASIC countries said the outcome in Cancun should pave the way for a legally binding outcome in South Africa next year.

Clinton shows what a lying, arrogant, elitist he really is in this video. The mask is coming off…

Learn about Chris Coons at KeyWiki…

You’ll never guess who’s behind the foreclosure crisis about to crush the housing market again (hint: it begins with a Fannie and ends with a Mae) (Hat Tip: Larwyn)

How Obama is invading your home (Hat Tip: Curtis Frantz)

The 25 Most Unequal Cities In America

Hussman: The Economy Is A Ponzi, And The Market’s Only Hope Is That The Bubble Continues

MAP OF THE DAY: The Global Currency War Battleground

The Global Dollar Crisis Has Entered A New Phase

Did Chinese Investors Just Reveal The Ultimate Winner Of The Currency Wars?

Foreclosuregate is About to Explode (Hat Tip: Jean Stoner)

A Spooked Economy in October (Hat Tip: Brian B.)

A Weary Bear Starts to Hallucinate

Showdown: Unions Work to Shut Down France in Pension Battle

The 10 Most Ridiculous Price Bubbles In History

If The UK Can’t Stick With Spending Cuts, What Hope Does Greece Have?

The Crucial Question For Investors: Is The Market Building Up To A Monster Sell-The-News Event?

Another Massive Energy Tax Looms on the Horizon (Hat Tip: Brian B.)

Hypocrite in Chief: Day After Barack Obama Smeared Chamber of Commerce He Uses Them to Promote His Radical Agenda (Video)

Guest Column: Where will our food come from if American food production shuts down? (Hat Tip: Brian B.)

Morning Bell: How the Obama Tax Hikes Affect You

Cape Wind Power: What’s Cost Got to Do with It?

Fed Officials Were Prepared to Ease `Before Long,’ Minutes Say

Cities Face Half a Trillion Dollars of Pension Deficits

Tavakoli: Biggest Fraud in the History of the Capital Markets

Doug Casey on the Violence of the Storm, the Destruction of the Middle Class and the Coming Gold Standard

Three Horrifying Facts About the US Debt “Situation”

Chaos Forces US Banks to Halt Repossessions. The buzzword for the foreseeable future will be: Foreclosuregate

A Sloppy-Foreclosure Plague Will Destroy America

US Loses Another 95,000 Jobs in September

Try to make this event. It’ll be a great day.

Next week, New Zeal’s Trevor Loudon will be joining a great lineup of speakers at:

An interesting doco on the Tea Party movement in the South.