Dutch politician Geert Wilders is on trial in the Netherlands for alleged “hate speech” against Islam.

This writer hates the concept of “hate speech.”

Freedom of speech often means offending certain people’s sensibilities. I regard that as a good thing, because if you are easily offended, that’s a sure sign your arguments are weak and need re-examining. Offending people is an essential part of personal and social progress.

Outlawing the right to offend, is a hugely backward step for any society.

Therefore, like him or loathe him, all freedom lovers should stand with Gert Wilders. 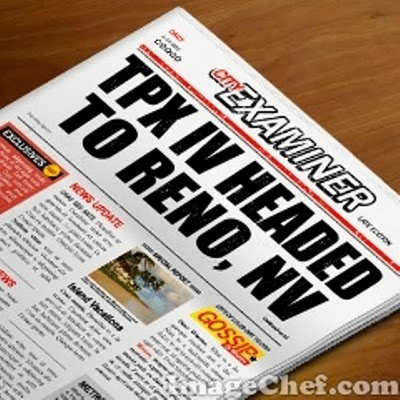 The entire crew of Tea Party Express IV is en route to Reno, Nevada, for the kick-off of “Liberty at the Ballot Box” tour. It begins tomorrow in Reno and ends November 1st on the east coast. Headlining tomorrow’s rally — former Alaska Gov Sarah Palin. There will be many speakers, some candidates and lots of entertainment. More details will be forthcoming on Monday.

Radio show host, columnist, blogger, future author and TPX IV speaker, Andrea Shea King, just left Orlando International for a connecting flight up north. Then she wings her way to Arizona, finally touching down in Reno later today. How late she’ll be arriving is still in question, because her first flight in Orlando was canceled; then the replacement flight had a bird strike and needed further inspections. Since my phone hasn’t been ringing, I’m quite confident she’s well on her way to altitude by now.

We’re “all in” on this final tour before the mid-term election, and none of the progress — or this tour for that matter — would ever be possible without everyone’s support. Now is not the time to let up, either. Please pass my updates on to your friends, family — strangers on the street — encourage them to throw a few sawbucks in the kitty. Taking back America isn’t cheap. Thanks, and good luck to us all. 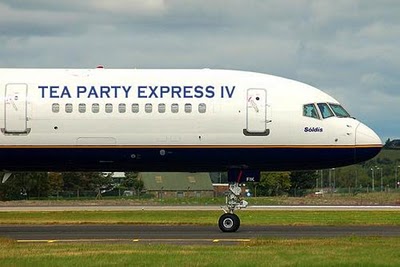 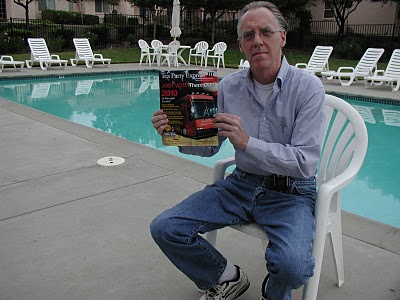 Civil rights are much discussed lately, primarily because Progressives with bully-pulpits are furious that Glenn Beck held a rally at the Lincoln Memorial on the 47th anniversary of Martin Luther King’s famous civil rights rally at that same location. To hear them tell it, in the wake of the “Civil Rights Movement,” civil rights are entirely a black thing, and whites who parade around in the civil rights mantel are manifestly racists.

It says much about the Orwellian twists the Progressive mind takes that its spokespeople can, with a straight face, confine civil rights to a single race. The whole Progressive concept is oxymoronic, because civil rights, by definition, extend to all citizens within the civitas, not just citizens of a specified color. (And isn’t that the point King was trying to make?) The idiocy emanating from the Left might be merely amusing, but for the fact that the Left is working out to ensure that this definition applies to all future generations. After all, it was Arne Duncan, Obama’s Education Secretary, who appeared at Al Sharpton’s poorly-attended counter rally to announce that education is “the civil rights issue of our generation.”

read all of it – this is tremendous…

This was posted Aug. 18, 2010. The stats are even worse for the dems now – Reid is almost a sure loser in NV and I can’t wait. It’s about damn time NV voted Angle in. Should have done it years ago. So long, good ole’ boy network…

Not complete and a little unsynchronized, but a must watch history of “political correctness” – or more accurately cultural Marxism. 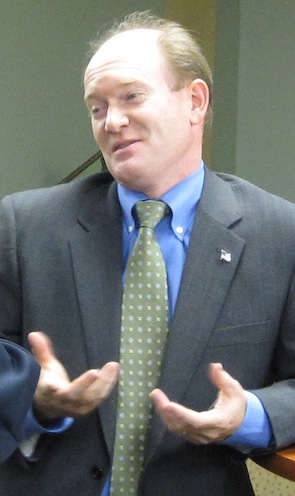 When Chris Coons stated at a debate in September 2010 in Wilmington, Delaware that there was little going on in Washington that he would change, he wasn’t kidding.

Read on and decide whether this is the kind of person you want representing you as one of our nations’ Senators.

Hurting the people of Delaware is old hat for Chris Coons.

The News Journal reported on 02/14/07 that, as New Castle County Executive, Chris “Coons voted to open a pension loophole that would have allowed County employees to buy into the pension system, or to transfer credit from other government services. He [Coons] saw to it that his buddies and top staff people — and all six of the new County Council Members and their staff — were grandfathered under that loophole which has, and will, cost [Delaware] taxpayers millions of dollars.”

CHRIS COONS VIOLATED A CITIZEN’S RIGHT TO PRIVACY AND HIS RIGHT TO FREE SPEECH:

Excerpts from the Judge’s opinion:

“Plaintiff claims that private medical information was made public in contravention of his constitutionally protected right to privacy and that his ability to engage in protected First Amendment activities has been chilled. As I must accept as true all well-pleaded allegations of fact, I find plaintiff successfully alleges actual and particularized invasions of legally protected interests.”

Plaintiff alleges that defendants published newspaper ads and released his private medical information to retaliate against him for his exercising his First Amendment rights in two ways: (1) by speaking to the media and public challenging government corruption and illegality; and (2) by filing lawsuits on his clients behalf challenging the same.”

The privacy right is “the right to be let alone – the most comprehensive of rights and the right most valued by civilized men. To protect that right, every unjustifiable intrusion of the government upon the privacy of an individual…must be deemed a [constitutional violation].”

On page 21 it states, “Individual Defendants claim they are entitled to qualified immunity for all of plaintiff’s remaining claims.”

Although Chris Coons unlawfully released and circulated Mr. Neuberger’s personal medical records, he successfully averted justice by getting off on “official immunity.”

Chris Coons stands to make millions off of middle and low-income Delawareans through his wealthy family business (Gore-Tex) when, if elected Senator, he helps push through President Obama’s Cap and Trade legislation.

No wonder Chris Coons is Harry Reid’s “pet” and the President and Vice President are campaigning for him.

[1] “Here is how the company pushed for more regulations to tax the poor and make millions for Chris Coons and his wealthy family:

In 2003, W.L. Gore Began To Actively Campaign For More Pollution Regulation. “In the past, the company avoided talking in public about its position on proposed environmental regulations because it didn’t want the companies that buy its air-cleaning filters to think Gore was trying to tighten standards just so it could sell more pollution control equipment, Coons said. Instead the company would go directly to its industrial clients with details about how Gore’s products could help them comply with current rules, or new rules being developed by federal regulators. ‘What we haven’t done in the past is said it in front of Congress,’ Coons said. Richard A. Bucher, the scientist who testified before the Senate in June, said that two years ago Gore would have declined the invitation of Delaware Sen. Tom Carper to speak publicly at a congressional hearing.” (Steven Church, “Gore Joins Environmental Policy Debate,” The [Wilmington, DE] News Journal, 11/16/03)”

CHRIS COONS AND HIS SUPPORTERS (This article delineates his Marxist, Socialist and Communist supporters)

DO DELAWARE VOTERS KNOW WHO CHRIS COONS IS?