A while back, I vented on the show Outlaw. Thank goodness, that progressive hit-piece has now officially been canceled. You could have timed the life of that show with an egg timer.

I have also sworn off Law and Order for their blatant political propagandizing. They are shameless…

One of my favorite shows is NCIS. Sigh… Did any of you watch NCIS last night? When they did the Muslim episode, I decided to ignore the implied progressive attitude and insinuations of religious persecution. Last week, when Gibbs did a brief scene of putting a plastic bottle in a recycling bin, I decided to ignore that too. But last night was a whopper…

A white guy with a hunting rifle shoots three guys (one of them just happens to be a navy officer) in a radio station. Here are my points and let me know if you agree:

1. This is a definite slap at the Tea Party with references to rednecks and then to upper middle class people wanting to spend money at home rather than around the world.

2. It was anti-gun in the extreme.

3. I saw this episode as a threat against Glenn Beck on the air.

4. The flier they used from the ‘home-grown terrorists’ was Ben Franklin’s Join or Die cartoon. Guess what the icon on my blog is? That’s right, it is that flag with NoisyRoom.net at the bottom.

5. At the very end, blood just shot out of my eyes and I yelled, “Oh, come on!” The final screen shot for the show was overlaid in redish orange. With, wait for it… A gold star over the Capitol building next to the NCIS name. Mao much? Communist China much? 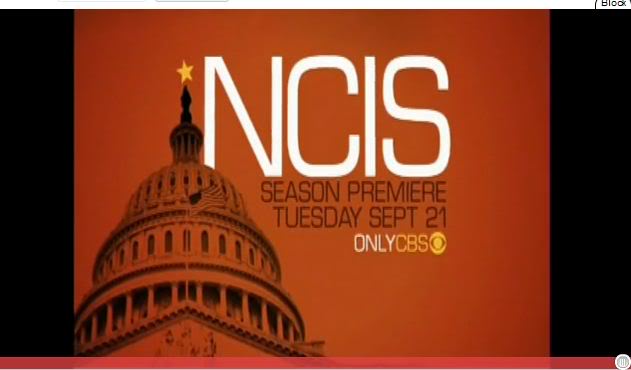 Here’s the video promo for the season opener:

I can only think of two explanations here… Either the promo team knows no history on the Soviet Union or Communist China and just think it looks cool. Or this is deliberate propagandic symbolism. I always equated NCIS with the American flag, not the star of communist China and Mao.

First they honor China by lighting up the Empire State building. Then they honor China on the White House lawn. They have Mao ornaments on their Christmas tree at the White House. I’m sensing a trend here… One that Goebbels would have been proud of. Maybe we should give the CBS acronym a more realistic definition: Communist Broadcasting System.

Make no mistake, the battle is on to label Tea Partyers and anyone who does not march in lock step with Obama as white supremacist, home-grown terrorists. Did you know that the DHS and the Southern Poverty Law Center have now combined? Yep, those are the wonderful people that labeled the majority of Americans possible terrorists – you know, the ones who carry guns or are Christians… Those who are Tea Partyers or are Constitutional Conservatives… The list is extensive. And with the recent laws passed to give DHS and the government more and more power, they will target each and every one of us who they feel is a threat. Propaganda is being shoved on us on television and in our schools and churches. Don’t buy into it and don’t silently accept it. Let your voices be heard before it is too late.

Update: Let CBS know what you think about the new NCIS propaganda… (Hat Tip: Brian B.)