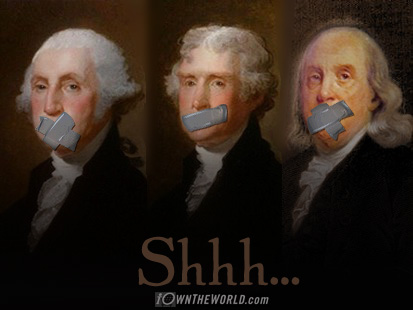 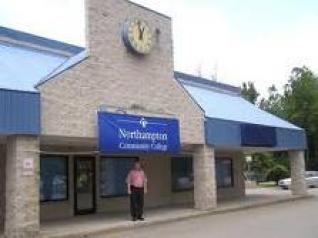 Don’t miss this opportunity… to meet Dr. Ashraf Ramelah, founder and president of Voice of the Copts and an internationally recognized Egyptian-born Copt.

Learn about Egypt’s politics of religious persecution and human rights violations that the world can’t see.

Know why knowing the Arabic language can save our nation.

Come hear his personal story and his message of warning to Americans.

Dr. Ramelah will offer us insight into daily headlines and events around the world today so that we can begin to discern the very real trends taking place here in America.

“The Persecution of Coptic Christians in Egypt”

If you wish to support the VOTC education programs, please make a tax-deductible donation of any amount – $5, $10, $15 or $20 – and this will go a long way to keep our programs running.

Thank you very much. We appreciate your gift.

Barney Frank is panicked! As polls show his lead shrinking over his Republican challenger, Sean Bielat, Frank is now putting $200,000 of his own money into his campaign. Here’s the report on his desperate move – News Report Here.

We’ve got Barney Frank on the run – but since he’s raised the stakes, so must we.

You can contribute any amount up to $5,000 per individual. We still need 334 more people who can contribute $100 or more in the next 48 hours, so we can Defeat Barney Frank once and for all!

One more piece of the puzzle fell into place as a light bulb flickered in my mind; I’ll explain. It occurred to me why so many of my fellow locksmiths, particularly those in positions of leadership; why they don’t take my warnings regarding the DPS/PSB more seriously. Some have implied my sanity was in question. I’d remarked the other day how some, perhaps many, of my fellow locksmiths discount my passion for preserving individual liberty and constraining government as a sign I need ‘professional help.’ Some might call me crazy; but only those who know me better than these folks.

“As I sat across the counter exchanging view points, it became evident that my friendly competitor was far more in tune with diplomacy and how to work with the socialists in power at the DPS/PSB. Even so, it bothered me how easily the words fell from his lips; that we need to accept the fact that Big Government was in control and there was little if anything we as independent locksmiths could do about it.”

Experience has taught me to evaluate and re-evaluate important issues and maintain standards that are correct with the same passion which got me started to begin with. Those standards include the agency of man, one of the most important gifts from God and which serves as a foundation for nearly everything America stands for; or at least it did until recently.

It hadn’t occurred to me, at least not until I reviewed some of the talks given by leaders of my church; the meaning of ‘agency’ might not be generally known. I listened to the archived talk given by Robert D. Hales, Agency: Essential to the Plan of Life, wherein he explained a similar circumstance.

“Recently I received a letter from a friend of over 50 years who is not a member of our church. I had sent him some gospel-related reading, to which he responded: “Initially it was hard for me to follow the meaning of typical Mormon jargon, such as agency. Possibly a short vocabulary page would be helpful.”’

“I was surprised he did not understand what we mean by the word agency. I went to an online dictionary. Of the 10 definitions and usages of the word agency, none expressed the idea of making choices to act. We teach that agency is the ability and privilege God gives us to choose and “to act for [ourselves] and not to be acted upon.” Agency is to act with accountability and responsibility for our actions. Our agency is essential to the plan of salvation. With it we are “free to choose liberty and eternal life, through the great Mediator of all men, or to choose captivity and death, according to the captivity and power of the devil.”’

Did you catch that, “…agency is the ability and privilege God gives us to choose” and “to act for [ourselves] and not to be acted upon.” Too many of my fellow locksmiths are willing to surrender their individual liberties through mandates imposed by a government agency such as the DPS/PSB, often without putting up the slightest squawk. Even worse, these same folks are willing to surrender my individual liberties, as if they had the right.

One of my favorite ‘standards’ to draw from is Ezra Taft Benson’s, The Proper Role of Government, as it clarifies in the most simple of terms the relationship of individuals with others under our Republican form of government.

“Leaving aside, for a moment, the question of the divine origin of rights, it is obvious that a government is nothing more or less than a relatively small group of citizens who have been hired, in a sense, by the rest of us to perform certain functions and discharge certain responsibilities which have been authorized. It stands to reason that the government itself has no innate power or privilege to do anything. Its only source of authority and power is from the people who have created it. This is made clear in the Preamble to the Constitution of the United States, which reads: “WE THE PEOPLE… do ordain and establish this Constitution for the United States of America.”

That simple explanation holds the answer to why the DPS/PSB has no authority to mandate how any individual locksmith runs his/her business. Somewhere an important fundamental step has been ignored; government can only enforce rules and regulations which “We the People” have individually, those within our own limited agency.

It boils down to one idea; can my competitor(s) establish rules and regulations which govern the operation of my locksmith business? Clearly the answer is, no; they might suggest alternatives, but they can never mandate based on the fact that God’s gift of agency applies equally to all. My competitors have the right to dictate rules and regulations which govern their own businesses; but it would be preposterous to presume they have the right to impose those rules on another’s business.

It then follows, they can’t assign that power to government, which by definition is a “relatively small group of citizens who have been hired, in a sense, by the rest of us to perform certain functions and discharge certain responsibilities which have been authorized.”

When I stand firmly against mandates imposed on the locksmith industry by the DPS/PSB, passionately arguing that such mandates are nothing more than tyranny; I’m not crazy, just standing up for basic principles which have been recorded in our history. What bothers me; why am I not surrounded by others who recognize this tyranny?

This is a perfect opportunity to invite my fellow locksmiths to join Fiercely Independent Locksmiths of America. You don’t have to attend any meetings and all you need is an internet connection to obtain access to articles just like this one.

In closing I offer a thought from the Book of Mormon as found in Alma, chapter 46, where Captain Moroni demonstrated his love of liberty and acknowledged it before God.

“And it came to pass that he rent his coat; and he took a piece thereof, and wrote upon it—In memory of our God, our religion, and freedom, and our peace, our wives, and our children—and he fastened it upon the end of a pole.

And he fastened on his head-plate, and his breastplate, and his shields, and girded on his armor about his loins; and he took the pole, which had on the end thereof his rent coat, (and he called it the title of liberty) and he bowed himself to the earth, and he prayed mightily unto his God for the blessings of liberty to rest upon his brethren, so long as there should a band of Christians remain to possess the land…” 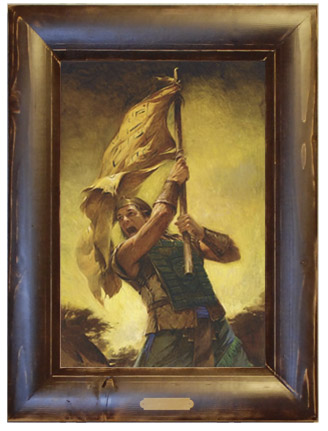 The picture, Captain Moroni Holding the Title of Liberty Flag, was painted by Walter Rane, an accomplished Christian artist. It may be purchased in a variety of sizes and formats.

A Chicago ‘Tradition’: Dem. Rep. Gives Lesson in How to Threaten Voters