This morning we put a call out to 400,000 patriots across this nation – including yourself. Our plea was to get constitutional conservatives such as yourself to pitch in to our final election push as we are just 1-week away from Election Day.

Our goal: to raise $1 MILLION so that we could push the best constitutional candidates in the country over the top to victory. We’d then win the House and perhaps even the Senate.

But we failed – all of us. As of this evening only 250 people made a contribution.

This is one of the greatest failures we here at the Tea Party Express have ever had in terms of raising money for a campaign push and this is the worst possible time for us to fail: just 1 WEEK out before Election Day.

We MUST do better. Everyone can pitch in and everyone can forward this email to all their friends, family members, colleagues etc… If EVERYONE pitches in and if those of you who can afford a more generous contribution can please do so, then we can reach this goal and help take our country back. The stakes couldn’t be higher and we cannot accept failure at this point. We simply can’t – our country’s future is on the line here.

We basically have a socialist in the White House who believes in the redistribution of wealth and government intervention and control into the lives of Americans. We can only stop him if we first take back Congress. But 250 people contributing – versus the hundreds of millions we’re up against from lobbyists, special interests and labor unions – that won’t cut it.

If every person reading this email can make a contribution today we will meet our goal. Some of you will be able to afford a more generous contribution of $100, $250, $500, $1,000 or more up to the $5,000 allowed maximum contribution. This is it – our last chance to win these races. We are counting on you for your support.

Please support this effort by making a contribution online – HERE.

We here at the Tea Party Express will pledge to work morning, noon and night through Election Day. We just need your support to help achieve a historic result!

Minnick‘s campaign is using the same old lies mixed with the new ones! These packaged lies are then blended with subterfuges and topped off with the usual bag of disruptions.

Minnick’s campaign is so desperate that they have pulled out all the stops. Walt Minnick has not accomplished much during his two-year tenure as Idaho’s Congressman from the 1st CD. Trying to hide this fact, Minnick is slamming Raul Labrador with another barrage of lies and dirty tricks.

Mr. Minnick, tear down the wall of deceit and show yourself! Idahoans are disgusted and not amused by your child like behavior. On second thought Mr. Minnick, keep it up because you are losing the Congressional race for Idaho’s 1st Congressional District.

1) You did not serve in Vietnam. you were in a cushy Pentagon job while my older friends were fighting, dying and wounded by enemy fire.

2) You have saddled future generations of Idahoans with debt and higher taxes.

3) You do not want to repeal Obamacare. You would rather burden small businesses to the point of bankruptcy.

4) You are pro-abortion and care less about unborn human beings.

Municipalities all across the nation have installed traffic cameras that issue citations to folks who run red lights or, in some instances, citations for excessive speed. Traffic citations are issued under the flawed logic that a police officer reviews each photograph which somehow satisfies the law’s demand for a competent witness. 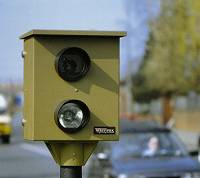 I want you to think for a moment about how important witnesses are in the American justice system. If you went to court for a traffic ticket issued by a police officer. the officer would have to satisfy the demands of a system which presumes innocence rather than guilt until such time as evidence gathered in the court room is presented and a verdict is reached either by a judge or jury.

Sometime during the trial there would be an opportunity to ask the officer questions which determine his/her vantage point. “Officer, at the time of the alleged incident, where were you positioned?” The answer to this question ascertains whether he/she was able to see the color of the light prior to any vehicle entering the intersection and sets the stage for validating the light system was operating properly, that no extenuating circumstances were in play at the time of the incident and also includes an opportunity to establish the officer’s experience regarding traffic violations.

In the case of traffic camera issued citations, the officer’s answer would have to be, “I was across town sitting at a desk and never observed the alleged violation. I did, however, get to look at a snapshot taken the night before by a camera which I’m told is accurate and never makes mistakes. The photograph clearly showed a vehicle, its license plate issued to the defendant, entered the intersection after the light changed red.”

“Officer; can you tell me who was driving the vehicle, what traffic conditions were or anything the driver may have said immediately after the alleged violation?”

“As I stated a moment ago, I wasn’t actually present at the time of the alleged violation. The photograph only showed what kind of vehicle entered the intersection a moment after the light changed along with a clear image of that vehicle’s license plate. The camera system isn’t capable of recording the information you asked for.”

“Thank you for your honesty, Officer. No further questions.”

For lack of evidence the ticket would have to be dismissed because our system is based on the assumption that everyone is innocent until proven guilty. To prove anyone guilty there has to be a competent witness to offer testimony. Mechanical devices, regardless of how efficiently they operate, are incapable of being witnesses and yet, and this is the heart of the case against the use of traffic camera citations, part of the so called validation for use of mechanical devices is that each and every photograph is reviewed by a certified police officer. Can you say “male bovine excrement?”

Next Tuesday, folks in Houston are supposed to vote on Proposition 3, a chance to approve the use of Red Light Traffic Ticket Cameras which are already in use. I’ve heard radio spots paid for by a group in favor of this measure with support from doctors, police officers and firefighters all claiming that such enforcement techniques save lives.

I’m a retired Houston Police officer and consider folks who run red lights to be some of the most dangerous drivers on the road. Writing a traffic ticket for running a red light was very satisfying; however, I knew the case had to be adjudicated properly and my testimony would be required in court. I kept good notes and was able to answer all the questions raised above; justice was properly served by following accepted basic principles.

Here’s a more important consideration; under our constitutional form of government, can an individual’s right to a fair trial be voted away by popular vote? If you answer anything but an emphatic “NO!” then our country is in more trouble than you are aware. If we’d sell our souls for the price of a red light camera fine, what else would we toss in the toilet?

I rest my case.

Photograph is courtesy of The Texas Highwayman.

Michele Bachmann was just on with Mark Levin. She says her race changes hour by hour. Obama, Biden, Clinton, Dem big guns have been visiting her district to take her out. Her opponent has raised more money than any other candidate this cycle. They raised $600k this weekend. Says Minnesota is always tough for conservatives. She sounds a little scared; was almost too shy to directly ask for money. It’s sad to hear her sound fragile. If you can, please visit http://www.michelebachmann.com to donate and offer to help. We can’t let her down.

US court of appeals rules anyone may vote as many times in Arizona (Hat Tip: Jean Stoner)