There have been a couple of articles recently which claim to validate the theory that individuals are predisposed toward either conservative or liberal mindsets according to their DNA. Jeremy A. Kaplan wrote a piece entitled, Researchers Find the ‘Liberal Gene,’ which appeared on the Fox News website.

“A new study has concluded that ideology is not just a social thing; it’s built into the DNA, borne along by a gene called DRD4. Tagged “the liberal gene,” DRD4 is the first specific bit of human DNA that predisposes people to certain political views, the study’s authors claim.”

When I first read the article, a flag of caution began waving in the back of my mind, an unsettled feeling that perhaps we were treading on thin ice; venturing into areas that should be avoided. What are the dangers in dabbling into human DNA’s possible link to political predisposition?

There was a scene in the movie Jurassic Park where the primary characters were sitting around a conference table having lunch. The grand design of Jurassic Park, its miraculous scientific journey from test tube to reality was being portrayed as a success, an amusement park to awe and inspire, not to mention make them all very rich.

Dr. Ian Malcolm, mathematician and chaos theorist, played by Jeff Goldblum, pointed out his concern regarding work which had enabled scientists to genetically recreate dinosaurs from DNA samples extracted from mosquitoes trapped in amber.

“Don’t you see the danger…inherent in what you’re doing here? Genetic power is the most awesome force the planet’s ever seen; but you wield it like a kid that’s found his dad’s gun. Your scientists were so preoccupied with whether or not they could; they didn’t stop to think if they should.”

Look at today’s political climate. Just this past week, President Obama while addressing Hispanic voters regarding implementation of immigration reform ( amnesty), clearly identified a good portion of American citizens as enemies, “Those aren’t the kinds of folks who represent our core American values.” He had a line which should make us stop in our tracks.

“We’re gonna’ punish our enemies and we’re gonna’ reward our friends who stand with us on issues that are important to us.”

Consider the opportunities for abuse when a totalitarian government, no longer held in check by our constitution, decides to punish its enemies (conservatives) and reward its friends. We now have scientists claiming to have isolated a gene which presumably is favorable toward liberal thinking. Historically the books are full of regimes which have carefully “eliminated” those considered unfriendly toward the government’s agenda.

But that could never happen here in America, land of the free and home of the brave…

This is the same President who had government take over private industry: GM, Chrysler, the mortgage industry and Wall Street. He set in motion health care reform, which will destroy private sector health insurance making the government’s single payer system the only alternative once the free market system has evaporated.

November 2nd would be a good time to start reversing the damage already done. Vote to restore conservative values before they are outlawed or “scientifically” determined to be inferior to the political DNA gene pool. 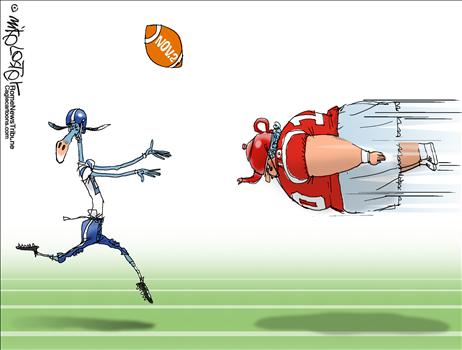 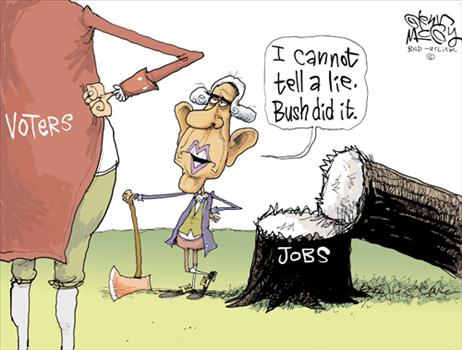 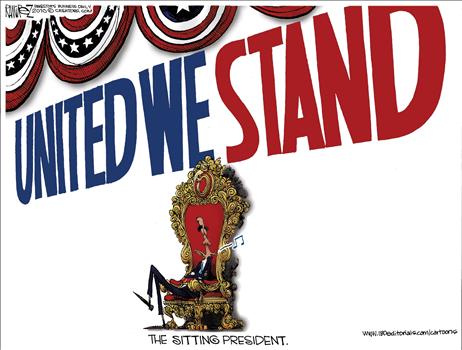