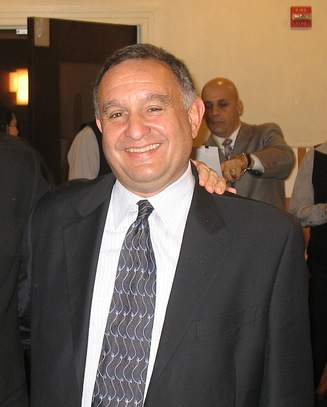 A must see. A 2008 British documentary on the dramatic growth of Islam in America. 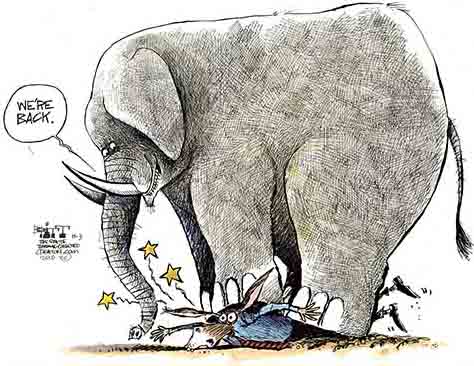 Many politicians want the American people to think that spending cuts will hurt us. Nothing could be farther from the truth. Take a look at the cuts delineated in this letter to Congressman Boehner. $1.2 Trillion in government waste and abuse of taxpayer dollars – while Americans are hurting and the US is on the verge of economic collapse – can be eliminated by Congress immediately.

Congress has control of the purse strings; if they do not appropriate the funding, it can’t be spent. Congress also has the power to defund programs. Americans must compel Congress to cut spending and I hope that everyone who reads this letter will send it to Congressman Boehner and all members of Congress.

Congratulations. As you know, Americans have been paying attention like never before and we’re here to help. Cutting/defunding just 6 spending categories will eliminate $1.2 Trillion in the blink of an eye and the fast-approaching $14.3 Trillion debt ceiling will not need to be raised.

Over the past 21 months, the President and Democrat-controlled Congress added $3.1 Trillion to our national debt. The out-of-control spending is unsustainable and we must start cutting now. Here’s how…

“Obama adopted a strategy designed to get the government out of the private sector as quickly as possible. To date, we have recovered more than $200 billion in TARP funds, as well as made $28 billion in profits. Our remaining investments in banks are a small fraction of what we inherited. And, in the end, 90 percent of that once-feared $700 billion TARP price tag either will not have been spent or will be returned to the taxpayers.

We will exit the AIG and automotive industry investments much faster than anyone predicted. General Motors is planning an initial public offering for later this year, and AIG has announced a restructuring plan that will accelerate the timeline for repaying the government.”

STIMULUS of 2009: Return the unspent $236.1 billion that the Obama administration claims will not be spent until 2011. Reference the June 2010 article, “Obama Administration Says Most of $787 Billion Stimulus Funds ‘Spoken For,’ But only 50% Spent So Far To ‘Jolt’ Economy.”

For politicians who may not have taken a macro-economics course, please provide them with this excerpt from the article which succinctly describes why the Stimulus failed.

“Of the many problems with Keynesian stimulus bills, one of them is that money is never spent on time and usually it’s not spent until after the recession has ended,” Riedl told CNSNews.com. “I think this is another classic case of the government mis-timing stimulus bills, which has a history going back decades.”

Riedl said that even if cash could be infused into the economy at a more rapid rate, where the money comes from makes it impossible for it to have a positive impact.

“Government spending never works because every dollar Congress injects into the economy must first be taxed or borrowed out of the economy,” Riedl said. “It’s not new spending.”

“Before Congress can give $100 billion in food stamps, they have to borrow $100 billion from somebody else,” Riedl said. “You’re not increasing the amount of money spent in the economy, you’re just redistributing it. You’re borrowing it from Person A and giving it to Person B.”

A reduction, rather than an increase, represents sound fiscal decision-making versus irresponsibility that ignores the challenges of taxpayers and small businesses who foot the bill for this extravagance. Our liberal progressive friends here at home believe we are too involved in other countries; they’re right and we need to be less involved.

OBAMACARE – HHS: Return the $51 billion increase planned for HHS for FY2011, plus $21.066 billion for the FY2011 Recovery Act Budget Authorization as shown in the HHS document on pages 3 and 4.

Appropriate no funds whatsoever for anything related to Obamacare and defund whatever has already been appropriated.

YOUCUT: Vote to pass the $155 billion in cuts of wasteful government spending that Americans selected.

After these YouCut legislative bills are passed, resurrect all remaining YouCut items (previously offered to the American people to vote on) and vote to pass all of them. This will save American taxpayers and small businesses hundreds of billions more.

In one day, I was able to find $1.2 Trillion in wasteful government spending that can be cut in a heartbeat without any negative impact to Americans whatsoever.

Together, we can find far more.

For example, Obamacare (which must be stopped and is funded via multiple pieces of legislation), United Nations (UN) and overseas spending, money to special interest “community organizers” (i.e. “community agitators”), immigration, global warming/green jobs and HR1388 which spends billions to try to recruit our kids into a National Civilian Force through our school system. These areas are just for starters and my next letter to you will address them in more depth.

The historic election results show that the American people expect you to act in the best interest of the people by upholding your oath of office. We’ll be holding you to that every step of the way and we’re here to help in the process.

Dilma Rousseff is the new President of Brazil. 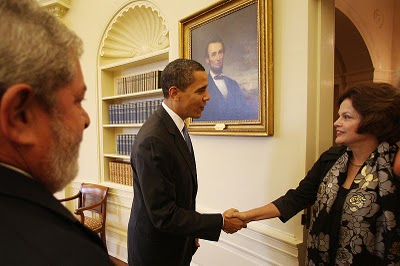 She was once a Marxist guerrilla. Here is a copy of part of her security file from that time.

I don’t read Portuguese, but the words “Terrorista,” “assaltante de bancos” and “assassinato” aren’t too difficult to interpret. 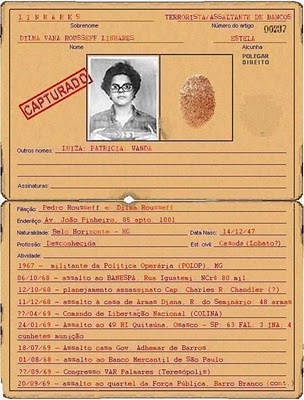 Please forgive the constant “y’knows” – we Kiwis talk like that y’know?

Conservative activist C.L Bryant is about to release a documentary on politics and black America – “Runaway Slave.”

At the recent One Nation rally in Washington DC, C.L. didn’t get a lot of love from some of the black “leaders” present.

Most of us are familiar with the miracle of the loaves and fishes recorded in the New Testament according to Mark. Skeptics point out the improbability of such a feat and chalk it off as one more reason to discount the scriptures; however, faith separates believer from skeptic.

“And when he had taken the five loaves and the two fishes, he looked up to heaven, and blessed, and brake the loaves, and gave them to his disciples to set before them; and the two fishes divided he among them all.”

Now fast forward to present day and I give you the miracle of the toothpaste tube. For the skeptics, I’ll give you a few moments to regain a semblance of composure, get rid of that smirk; that’s close enough. The faithful already know what I’m about to propose.

You get home from the grocery store with a brand new box containing a tube of toothpaste, its cap secured and the tube’s surface pristine and inviting. Order in the world has been restored; you can brush your teeth for quite awhile knowing your supply is in abundance. After a week or so, the tube becomes compressed, its patterns indicate someone presses from the bottom while others squeeze from the top. The image provided no longer matches the picture in the advertisement. You brush your teeth, just not as thrilled when you squeeze a glob onto the toothbrush.

Here’s a mystery scientists are unable to explain. How does that last bit of toothpaste, the miniscule portion trapped just below the cap in a seemingly empty tube; how does it continue to provide sufficient amounts of the treasured formula, enough to extend far past reasonable expectations?

Tevia, from Fiddler on the Roof, would have said, “I’ll tell you…,” his booming voice filled with confidence followed by a pause, “…I don’t know,” sheepishly admitting his limited knowledge of the infinite. He would have pulled his shoulders together, smiled weakly and cast his eyes toward heaven in quiet gratitude for the blessings we share.

Scientists claim the universe was the result of a Big Bang. They cover chalk boards with intricate scribbles, mind boggling nomenclature so accurate as to account for laws of physics known only to a few of the most capable. At a certain point; however, the remainder is determined by theory and conjecture; the laws of physics, at least those we are familiar with, cannot explain what has been observed.

Scientists and mathematicians are at a loss when it comes to explaining the moment just prior to and just after the Big Bang. Nothing in their formulas explain how something came from nothing or how something so immense came from something so small, it defies explanation.

The answer to the Big Bang mystery; just as with the “near empty” tube of toothpaste, it’s a miracle. Scoff if you will; but these observations provide a chance to build faith for those who exhibit gratitude to the Lord. I almost forgot; don’t forget to floss.

Caught In A Lie: Bernanke Promised Congress The Federal Reserve Would Not Monetize The Debt But Now That Is Exactly What Is Happening (Hat Tip: Brian B.)

Rick Rule on Scarce Commodities, the High Price of Gold and the Sale of Global Resources

Obama Calls India Creator, Not Poacher, of US Jobs

We Get What We’re Forced to Pay For: Federal Contractor Tells Workers to Vote for Murkowski

Citi: Central Banks Are Going to Start Dumping Dollars in the Coming Weeks

Doubts grow over wisdom of Ben Bernanke ‘super-put’. The last line in the article is chilling: “If they start to act on this suspicion, they could push rates higher instead of lower, and overwhelm the Bernanke stimulus. That would precipitate an ugly chain of events for the US.” JWR Adds: Be sure to watch the US Dollar Index closely in the next few months. Anywhere below 72, all bets are off.

Does The Federal Reserve Know What It Is Doing?

When the Price of Silver Doubles in a Month

Fannie Mae Asks for $2.5 Billion in New US Aid

Homeland Security To “Regionalize” Emergency Supplies Over Next 90 Days