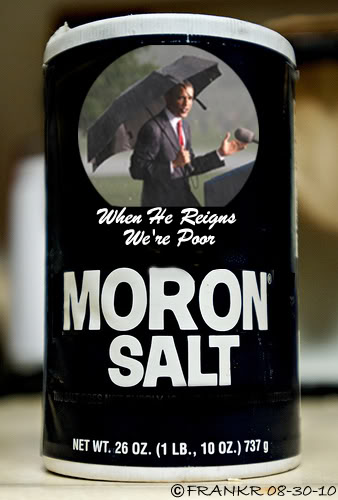 Ron Paul: Fed Will ‘Self Destruct’ as Easing Kills the Dollar

Palin to Bernanke: ‘Cease and Desist’ (Hat Tip: Brian B.)

Attorney Fails to Persuade Judge in $113B Lawsuit

Round One to Obama on Health Care

Currency Dreams of the Elite

Politics in an Age of Chaos

The Middle Class in America Is Radically Shrinking. Here Are the Stats to Prove it (Hat Tip: Nancy Jacques)

HARLEY-DAVIDSON to build bikes in India

CANTOR: Obama would be responsible for shutdown

The 9 Reasons Why Quantitative Easing Is Bad For The U.S. Economy

Why Bernanke Is Gambling

Citi: Almost Half Of Next Year’s Growth Depends On The Bush Tax Cuts Being Extended

Deutsche Bank: Watch What Happens Once The End Of Stimulus Starts Gouging Economic Growth In January

NIA: QE2, The Last Gasp Of A Monetary System (Hat Tip: Brian B.)

Community Organizer in Chief: “I Do Get Discouraged… I Thought the Economy Would Have Gotten Better By Now”

Your Tax Dollars at Work… PBS’s Mark Shields: Palin Quitting As Governor Is Like Kennedy’s Chappaquiddick

Number of the Week: $10.2 Trillion in Global Borrowing (Hat Tip: Brian B.)

Is the USA having a Bank Holiday to Devalue the Dollar? (Hat Tip: Brian B.)

Morning Bell: Get to Work Stopping the Obama Tax Hikes

Washington Voters Win in Battle of the Billionaires

All or nothing: Stop the Obama tax increases

Will You Be Able To Heat Your Home This Winter? Millions Of American Families Will Not

GOP Leaders: Repealing ObamaCare May Not ‘Fully’ Happen Until 2013

Right Now, a Complete Collapse of the Financial System is Not Out of the Question

The age of the dollar is drawing to a close.

Stiglitz: We Have to Throw the Bankers in Jail or the Economy Won’t Recover

Largest 15 States are Spending Over 220% of their Tax Revenue

Inflation is Already Here with Lots More to Come

As Fed Policy Sinks the Dollar, Prices of Essentials Soar