…and watching them, of course 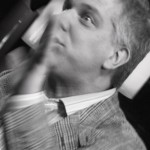 If you have not been paying attention, today’s Glenn Beck program on Fox News marks the first of at least three programs on the George Soros network (and we don’t mean TV network — or do we?).

This program airs at 5pm and 2am Eastern Time. Do you need to set your recording device? at least the alarm in your mobile phone?

He has promised to collate and broadcast information on Soros himself and the network of which he is a part, as no one ever has before.

If you would like preliminary or subsequent reading, the following are suggested:

…and another three items, from Gulag Bound:

You may wish to see the “share” links associated with this item — including the little envelope at the bottom right.

Who do you know, who would, should know?

One thought on “George Soros & Friends: Telling Those You Know about Glenn Beck’s Programs Today & Tomorrow”