The majority believe that communism was soundly defeated in the 1980s and 1990s, but is now making a comeback in some areas – such as inside the US government.

The minority, of which I am one, believe that the “fall of communism” was part of a long term disinformation strategy, which is now entering its final phase.

Please watch the 1995 interview below with Christopher Story, a champion of the minority view.

Look at the world today and see if you can see some truth in Mr. Story’s thesis.

Just awoke to this. The Pike River mine is about 120 miles from my base in Christchurch, on the West Coast of the South Island of New Zealand. Very rugged country.

From the Christchurch Press: 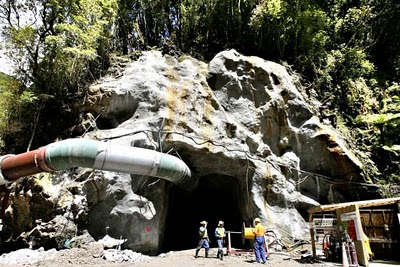 A bid to rescue up to 29 men trapped after an explosion at a West Coast mine is being delayed by fears gas could still be present.

Pike River chief executive Peter Whittal confirmed at an 8 am press conference that 29 men are still underground, 16 are Pike River coal employees and 13 are contractors, not including the two who escaped yesterday evening.

The youngest, a mine assistant, was 17 and the oldest 62. Sixteen were staff and 13 contractors. The majority were New Zealanders, from the West Coast, but there were also Australians and Britons in the group.

The rescuers have been calling the phone that one of the escaped men rang to tell the surface that he was leaving the mine after the explosion, but there has been no answer.

There is still no way of knowing what caused the explosion.

He said the only damage they knew about was that which could be seen to a ventilation shaft above the mine.

Whittal said the mine had safe areas where the men could have got to and they were also equipped with breathing apparatus and other emergency equipment. But the miners could be up to 2 or 2.5 kilometers inside the mine.

Superintendent Gary Knowles, the Tasman Police District Commander who is leading the rescue effort, was determined the men would be rescued.

“This is a search and rescue operation and we’re going to bring these guys home.”

At 7 am this morning the families of the trapped men were briefed for 50 minutes.

However, Pike River chairman John Dow said early Saturday it was possible the miners could have made it to the mine’s safety refuges.

He said even if there was gas in other parts of the mine, about 50 km northeast of Greymouth, as rescuers feared, there could be fresh air in the refuges.

Two men, Russell Smith, 50 and Daniel Rockhouse, 24, fled to the surface following the explosion and were treated for moderate injuries at Grey Base Hospital.

When they emerged they indicated three more workers were on their way out but there has been no sign of them.

Greymouth mayor Tony Kokshoorn said it could take days before it was safe enough for the specialist rescue teams to re-enter the mine.

“We are holding on to hope. Look at Chile, all those miners were trapped and they all came out alive.”

Police were notified an hour after the men failed to report, at 4.30 pm, as was the practice in such emergencies.

Canning said mine rescue were called in immediately.

Robin Kingston, archdeacon of the Greymouth and Kumara Anglican Church, said many of the church’s parishioners were involved directly or indirectly with the Pike River Mine

“There is a significant amount of nervousness around at the moment. People have been asking for prayers for those they know who are not accounted for as yet.”

Kingston said the community was worried, but not panicking.

“We are a community that has gone through many, many crises. Some worked out okay, and some were absolutely disastrous. We tend not to jump to conclusions and wait to see,” he said.

“If it is disastrous, well, we will handle it well. We tend not to panic until we know for sure.”

Prime Minister John Key said: “Our heart and thoughts go out to the miners and their families… we will do anything humanly possible to aid the miners and to rescue them.” 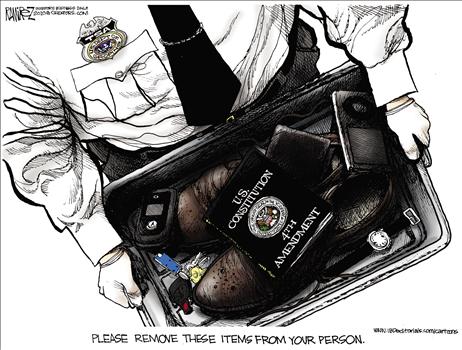 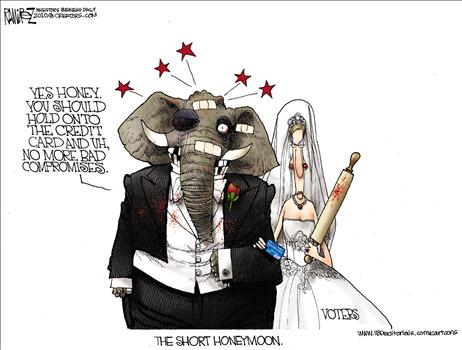 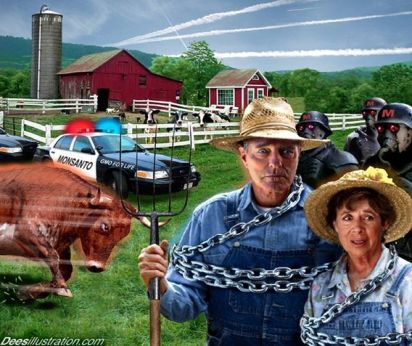 $1.6 Billion and 18,000 additional government employees for S.510, the Food Safety bill, are up for a vote in the Senate any time within the next 60 days. S.510 is one of the most dangerous pieces of legislation thus far.

Since 2008, the Obama administration has increased the FDA budget by 135% to an astounding $4.03 Billion and yet Senators want to add another $1.6 Billion and double the number of employees. Why? Is our government trying to institute fascist control over our nation’s food supply? You decide.

“If accepted, [S 510] would preclude the public’s right to grow, own, trade, transport, share, feed and eat each and every food that nature makes. It will become the most offensive authority against the cultivation, trade and consumption of food and agricultural products of one’s choice. It will be unconstitutional and contrary to natural law or, if you like, the will of God.” ~ Dr. Shiv Chopra, Canada Health Whistleblower

The US already has an over-funded government agency responsible for food safety. One must ask themselves why this new legislation (S.510) is needed. It doesn’t take a mental giant to understand what’s going on.

Let me be direct; Americans do not want the “transformation” that this government intends. Reference: “The Obama administration is proposing to increase funding for … the agency’s effort to “transform” the way it regulates food and medical products” and FDA Requests $4.03 Billion to “Transform” Food Safety System, Invest in Medical Product Safety, Regulatory Science.

Perhaps this video will provide a better understanding of what the Obama administration is attempting to do:

In 2007, the FDA Commissioner stated that the FDA Mission is as follows:

“FDA is responsible for ensuring the safety and high quality of more than a trillion dollars worth of products that are critical for the survival and well-being of all Americans — products that include some 80 percent of the United States food supply, all human health care products, electronic products that emit radiation, animal drugs and feed, and cosmetics.”

The only way to determine whether food is safe is to test it, right? I didn’t see any test equipment in the hands of the government employees raiding that store, did you? Does the FDA Mission specify that the government has a right to conduct armed raids on food producers or stores?

These types of raids are happening now, so imagine what will happen if S.510 passes.

I urge you to contact all Senators and tell them to VOTE NO on S.510.

Islamic terror is essentially a tool of Russia and the international communist movement.

Exposing Terrorism: Inside the Terror Triangle from Frank on Vimeo.

Many Western countries are trying get out of recession through increased government spending.

This little British video, shows how completely futile and doomed to failure this strategy is.

Why can most people grasp the basic principles of physics, yet be so completely bamboozled by the equally immutable principles of economics?

Calif. Protesters Beat Cop With His Baton While Rallying Against Tuition Hikes