While the West talks nuclear disarmament, a major new power bloc builds in the East.

While most Westerners have never heard of the Shanghai Cooperation Organization, this economic/military alliance is set to become one the most powerful forces on the planet. 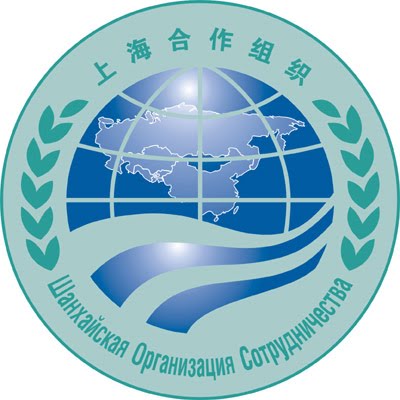 What is the SCO? According to the organization’s own website:

The main goals of the SCO are strengthening mutual confidence and good-neighborly relations among the member countries; promoting effective cooperation in politics, trade and economy, science and technology, culture as well as education, energy, transportation, tourism, environmental protection and other fields; making joint efforts to maintain and ensure peace, security and stability in the region, moving towards the establishment of a new, democratic, just and rational political and economic international order…

The Organization has two permanent bodies – the Secretariat in Beijing and the Regional Counter-Terrorism Structure in Tashkent. SCO Secretary-General and RCTS Executive Committee Director are appointed by the HSC for a period of three years. From 01 January 2007 these posts are held by Bolat K.Nurgaliev (Kazakhstan) and Myrzakan U.Subanov (Kyrgyzstan) respectively.

The SCO member states occupy a territory of around 30 million 189 thousand square kilometers, which makes up three fifths of the Eurasian continent, and have a population of 1.5 billion, which makes up a quarter of the planet’s population.

India, Pakistan and Iran hold “observer” status with the SCO.

While virtually ignored by the MSM, the Communist press regards the SCO as a hugely important organization. It is seen as a means of re-aligning power away from the USA and the West in favor of the East and the Communist/Muslim world.

Here is an article on the SCO from the October 25, 2006 edition of the Communist Party of Australia’s Guardian, with some commentary from New Zeal.

“The Shanghai Cooperation Organization (SCO) countries are going to be the new powerhouse of the world. It is in India’s enlighten­ed interest that we understand its importance as we are a country which desperately needs energy”, CPI (M) General Secretary Prakash Karat says in a statement this month. “Trilateral co-operation between India, China and Russia has symbolic significance as it can dispel the notion that the 21st century is an American century.”

The recent meeting between India’s Prime Minister Manmohan Singh, Chinese Premier Hu Jintao and Russian President Vladimir Putin on the sidelines of the G-8 summit, held tremendous potential in the changing world situation. Karat was delivering a talk on the “Role of friendship societies in Indo-Russian relations”.

Karat said the 21st century was not going to be an American century. “This will be an Asian century. Two countries, India and China, are to power Asia through their economic growth and political clout. Though a unipolar world appeared to emerge after the fall of the Soviet Union, current trends hint at a transition towards a multi-polar world which would be more balanced and equitable and with less scope for hegemony”, Karat said.

Besides Asia, new power centers were developing in Europe, Latin America and Africa much to the “dismay” of United States.

Emerging co-operation among India, Brazil and South Africa, which are important countries in the developing world, would [also] promote multi-polarity in the world.

Stating that energy was going to be a major issue in the 21st century, he said Russia’s energy diplomacy had signaled that it would be assertive in the new situation.

The six-member SCO comprising Russia, China and central Asian republics, would have an increasing role in world affairs.

Karat urged the Indian Govern­ment to understand the importance of the SCO in which India, along with Pakistan, Iran and Afghanistan, were observers.

“If the Iran-Pakistan-India gas pipeline became a reality, the country would get gas at one-quarter of its price in the international market. Russia was now co-operating with Iran, and India should use its ties with Russia to play an increasing role in central Asia”, Karat said.

He said the present world situation underlined the need to maintain, nurture and strengthen India’s ties with Russia. In the earlier period of the Soviet Union, India had been greatly influenced by the first socialist experiment.

“Promotion of people-to-people relations was also important while developing strategic relations with countries like China and Russia and developing nations”, Karat said.

New Zeal: How will a nuclear disarmed West deal with a power bloc spanning Asia from Vladivostok to Kiev and from the Arctic circle to Southern India? Combine that with an alliance between nuclear capable, or near capable India, South Africa and Brazil, allied in turn to oil rich Venezuela and Iran and you start to see a potential problem.

Yep, definitely a great time for Communist Party “friend” Barack Obama to lead America down the “no nukes” road.

New Zealand doesn’t have a nuclear deterrent, but we do have the next best thing. The maori war challenge – the Haka – performed here by Limited Service Volunteers at Burnham Military Camp near Christchurch.

NZ soldiers and rugby players are among the best in the world. The Haka is part of the culture that makes them great.

Dan who? Seriously, I thought this guy slithered off after his faux reporting on Bush’s records. He’ll say anything for attention and as a last ditch grasp at relevance. Bored now…

Moscow’s best friends in America, the Communist Party USA, have issued a call for the ratification of the controversial New START treaty with Russia in the “lame duck” session before Christmas.

Democrats are seeking to ratify the Treaty, with RINO Republicans, while they still have a solid majority in the Senate.

The Communists know that the Treaty would probably die in the next Senate and the “window of opportunity” to help their Russian friends will be lost.

The usual suspects, Hillary Clinton, John Kerry and Joe Biden are all working on the same side as the Communist Party.

Writing in the People’s World, the PW Editorial Board:

Other leading Republican senators have also expressed opposition to the agreement.

The treaty, signed last spring by President Obama and Russian President Dmitry Medvedev, would cut the two countries’ long-range offensive nukes to 1,550 each, or about 30 percent. The U.S. and Russia have about 95 percent of such weapons in the world.

The pact has now had some 18 hearings by Senate committees.

Earlier this fall the Senate Foreign Relations Committee approved New START, by a vote of 14-4. Three Republicans voted with the majority, including the committee’s ranking Republican, Indiana Sen. Richard Lugar.

Ratification requires 67 votes in the full Senate. Supporters of the pact are pressing for ratification by the end of the year, before the Democratic majority shrinks in the new Congress.

Saying failure to ratify the treaty this year “would endanger our national security,” Vice President Biden pledged the administration would continue to fight for its consideration before the Senate adjourns this year.

The Communists finish the statement with a call for political pressure on Senators to get the deal signed and sealed.

“We say the world’s security is endangered if this vital first step on the road to a world without nukes stalls out in the Senate. Contact your senators today and urge New START’s ratification in 2010.”

While leftist Democrats, RINO Republican sellouts and their communist cheerleaders are urging America to disarm, the Russians and their Chinese allies are working through the Shanghai Cooperation Organization to build an economic and military alliance to far surpass the old Warsaw Pact.

In an increasingly unstable world, the US should be re-arming hell for leather, not bending over backwards for its sworn enemies.