Hope remains for the 29 miners trapped in the West Coast’s Pike River coal mine.

Three days after the explosion that cut communication into the mine, rescuers have yet to enter the shaft because of high concentrations of toxic and explosive gases still in the mine.

Air tests have also confirmed that some form of combustion is still occurring inside the mine, increasing the likelihood of carbon monoxide buildup.

Rescuers and family cling to the hope that all or some of the miners have reached the safety of air pockets in the mine.

At a 10 am media conference, Tasman District police area commander Superintendent Gary Knowles said the names of the miners would be posted on the police website later this morning.

He said after three days without contact the situation remained “grave” but he said drilling at the site was continuing and progress was going well.

“We have also been in contact with DOC and DOC has agreed we can cut a path of 2.7 km long up to the ventilation site to continue with the sampling,” he said.

He said rescuers were also looking at getting a fiber optic cable so that the site could be monitored from base camp.

Mr. Knowles said the rescue team remained on standby and were looking at what sections of the mine they could enter first.

A robot could be used to go inside the tunnel when the opportunity arose, he said.

Testing of the gas levels in the mine was being carried out every half hour.

“We remain optimistic,” Mr. Knowles said. “But at the end of the day this is a search and recovery operation. We are going to go in and do our best to bring these guys out.”

Pike River CEO Peter Whittall said the team drilling overnight had done a “phenomenal job” and had reached 100 meters of the 162 meters they needed to drill to.

“In the last 10 meters before we get to the scene we will change drilling methods to ensure we don’t get any sparking,” he said.

“We have opportunities to sample gas from that point. We will have an opportunity to put laser imaging gear down the hole.

“We will also be able to put down video camera information and look at anything we are able to see in the hole.”

Thanks for all your prayers and messages of concern. All New Zealand is feeling this, but we can only imagine what the trapped men and their families must be going through. 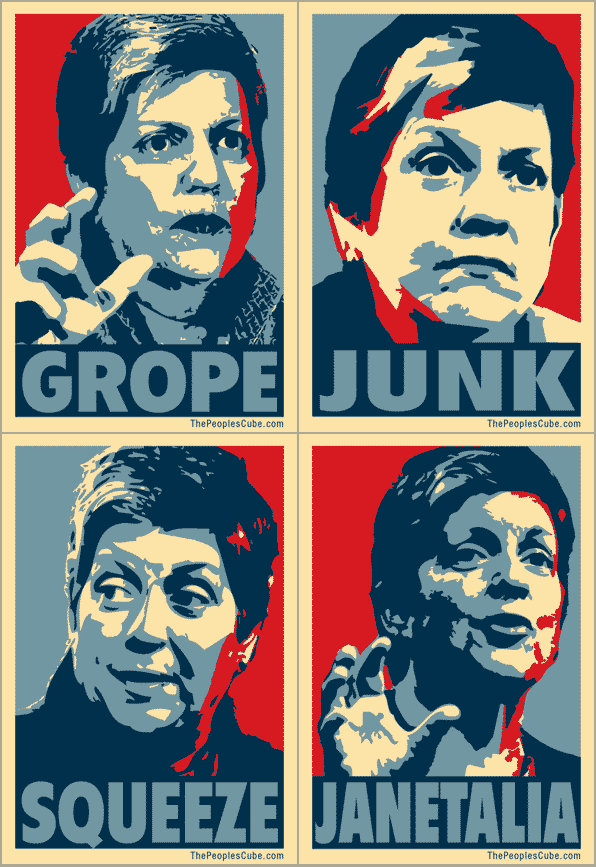 All Hail The People’s Cube…

Opt Out of the Airport Scanners for Health and Privacy – We Won’t Fly .com

Incident before the TSA madness began.

AP: TSA Has Met the Enemy…and It Is Us

The 19 Senators Who Voted To Censor The Internet (Hat Tip: Jean Stoner)

Are Expert Networks About To Be Exposed … In The Biggest Insider Trading Bust In History? (Hat Tip: Jean Stoner)

WHICH SENATORS GOT PAID OFF TO SUPPORT S.510 – THE ‘FOOD SAFETY MODERNIZATION ACT’? (Hat Tip: Brian B.)

Iraq Running Out of Welfare Benefits

The American Way of Life, As Things Fell Apart, Nobody Paid Much Attention.

How Gold Performs During Periods of Deflation, Disinflation, Runaway Stagflation and Hyperinflation

US In Terribly Dangerous Territory, Bond Market May Be Headed Toward Implosion

Gold Investing: A Bet Against The Idiocy of Money Creation (The Mogambo Guru)

These guys are good.