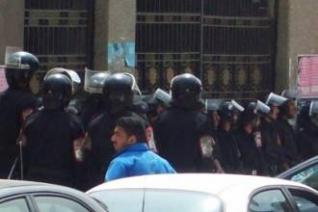 In a recent update based on further information from our contacts in Cairo regarding the latest attack on the St. Mary and Archangel Church in the Talbya town of Giza, the Egyptian state police, in what seems to be an increased effort by the Egyptian regime to dominate, control and ultimately prevent the building of Christian churches anywhere in Egypt, originally issued a construction permit to the church based upon an unspoken agreement that the church building exclude any visible signs of Christianity, such as: copulas, minarets and crosses. Furthermore, the building permit issued by authorities specifies that it should primarily function as a social center.

Upon detecting violations of the unstated part of the permit-agreement, the Egyptian regime sent out special state security police forces to the building project in the middle of the night (1:30 a.m.) to meet with the director of Giza police enforcement. A situation that should have appropriately been handled by an injunction or a stop-order of sorts in civil court, instead began with a brutal, aggressive attack against the Copts which resulted in bloodshed.

Although the Egyptian constitution gives religious rights and freedoms to all citizens, Shariah law of the second amendment overrides this and along with the Omrany decree, is the impetus for such violence against Copts and consistently the basis for this type of approach by authorities to Coptic concerns.

News of a third Copt who has died at the hands of the Egyptian regime police, reached our office at the time of completing this report.

A Friendly Reminder for the ‘Patriotic Millionaires for Higher Taxes’ Club

The Feds Are Circling Steven Cohen And SAC

The Insider Trading Scandal Is Going To Cost Some Hedge Funds Half, If Not Everything, They Have

The 25 Most Dangerous Cities In America

“If I Get Even A Whiff Of An Investigation, I Want To Get Out”

Bullets In The Back: How Boomers & Retirees Will Become Bailout, Stimulus & Currency War Casualties (Hat Tip: Brian B.)

Pension reserve funds to be spent on banks (Hat Tip: Brian B.)

Dollar Strengthens Most in Three Months on Debt Concern, Tensions in Korea

George Bush: By the Way… Most of the TARP Money Passed Under My Watch Has Been Repaid (Video)

Happy Holidays? 28 Hard Questions It Would Be Great If We Could Get Some Real Answers To

Is the gold market setting up ETFs for chaos?

Former Weather Underground terrorist leader Bernardine Dohrn on who the real terrorists are. 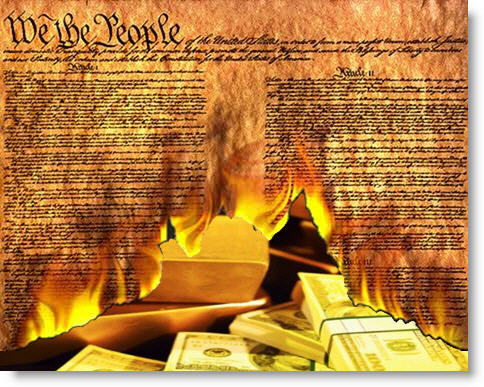 AS I PASS through my incarnations in every age and race,
I make my proper prostrations to the Gods of the Market Place.
Peering through reverent fingers I watch them flourish and fall,
And the Gods of the Copybook Headings, I notice, outlast them all.

We were living in trees when they met us. They showed us each in turn
That Water would certainly wet us, as Fire would certainly burn:
But we found them lacking in Uplift, Vision and Breadth of Mind,
So we left them to teach the Gorillas while we followed the March of Mankind.

We moved as the Spirit listed. They never altered their pace,
Being neither cloud nor wind-borne like the Gods of the Market Place,
But they always caught up with our progress, and presently word would come
That a tribe had been wiped off its icefield, or the lights had gone out in Rome.

When the Cambrian measures were forming, They promised perpetual peace.
They swore, if we gave them our weapons, that the wars of the tribes would cease.
But when we disarmed They sold us and delivered us bound to our foe,
And the Gods of the Copybook Headings said: “Stick to the Devil you know.”

On the first Feminian Sandstones we were promised the Fuller Life
(Which started by loving our neighbour and ended by loving his wife)
Till our women had no more children and the men lost reason and faith,
And the Gods of the Copybook Headings said: “The Wages of Sin is Death.”

In the Carboniferous Epoch we were promised abundance for all,
By robbing selected Peter to pay for collective Paul;
But, though we had plenty of money, there was nothing our money could buy,
And the Gods of the Copybook Headings said: “If you don’t work you die.”

Then the Gods of the Market tumbled, and their smooth-tongued wizards withdrew
And the hearts of the meanest were humbled and began to believe it was true
That All is not Gold that Glitters, and Two and Two make Four
And the Gods of the Copybook Headings limped up to explain it once more.

As it will be in the future, it was at the birth of Man
There are only four things certain since Social Progress began.
That the Dog returns to his Vomit and the Sow returns to her Mire,
And the burnt Fool’s bandaged finger goes wabbling back to the Fire;

And that after this is accomplished, and the brave new world begins
When all men are paid for existing and no man must pay for his sins,
As surely as Water will wet us, as surely as Fire will burn,
The Gods of the Copybook Headings with terror and slaughter return!

One of America’s most extreme communist organizations, the Worker’s World Party, held a national convention in New York, November 13 and 14. 2010.

One member, Florida based Cuban-American Mike Martinez, fired up the crowd with an original poem. Martinez openly condoned violence against Tea Party activists and called for armed revolution, “people’s war” and firing squads for “greedy” bosses.

Martinez also “rapped” that Lakota activists, armed with AK47s, were preparing for war in the Dakotas and that New Black Panther Party “comrades” were ready to start “uprisings” in ghettos across America.

“So get ready, cause I’m coming strapped…”

“Don’t forget, I got my scope on you Tea Party fascists. I’m reading Lenin, training in target practice. Let’s see who’s the fastest….”

“After genocide, slavery, AIDS and global warming, this beef is unsquashable, because the class contradictions have become permanently irreconcilable…”

“The AKs are clocked, locked and cocked in the Dakotas. Because the North and South belongs to the Lakota…”

“And this is just a first taste of what’s to come when all ducks will be in a row. Wait till you see my Panther comrades lead an uprising in every single last ghetto…”

“The Pentagon? they’re lucky all these people are sleeping. Cause with all their troops in Iraq, we could easily catch them sleeping….”

“So follow the Party’s command, every woman student and man, fall into position. The Workers World Party will put the bosses up against the wall and bring justice to each one in the order of who’s the greediest of them all…”

“And as for the pigs? We’re out of time. Because like a good Jew or a Muslim, we don’t deal with no swine.”

Next is the original version, from the Worker’s World Party, October 23, 2010 conference in Durham, North Carolina. It is identical except that it uses the word “fascists,” rather than “Tea Party fascists.”

There is also a cool “bonus track,” in which Mike Martinez tells the history of Haitian revolution.

Martinez’s rantings should not be dismissed lightly. The Worker’s World Party has been around since 1959 and has a significant presence in many major U.S. cities.

The W.W.P. supports North Korea and has very close ties to Cuba.

In the 1970s, many Party members worked closely with the terrorist Weather Underground. Several W.W.P. cadre, for instance, attended the Weathermen’s February, 1976 National Hard Times Conference in Chicago with the likes of Jennifer Dohrn, sister of W.U.O. leader Bernardine Dohrn.

Another prominent W.U.O. leader, Bernardine Dohrn’s husband Bill Ayers, was involved in at least one W.W.P. front while living in New York in the early 1980s.

The W.W.P. apparently believes that major instability is looming in the U.S. and they mean to take full advantage of it. They will likely be in the thick of any violence that may break out on American streets in the coming months and years.

If the F.B.I. is doing its job, it will have a record of the name and address of every single W.W.P. leader on file.

For America’s sake, I hope they do. 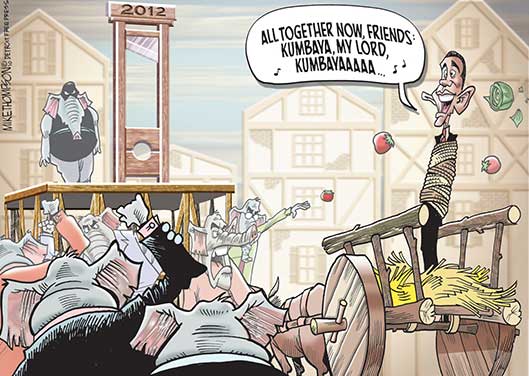