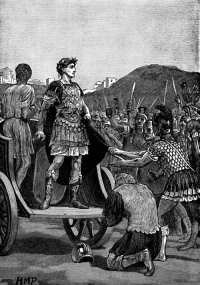 I tuned into the news this morning as I usually do and just stood there in slack-jawed awe at the utter insanity being foisted on Americans. Sure, you shake yourself and hope you’ll wake up… But then you realize that this isn’t a nighttime terror, it’s a real life horror and the inmates are officially ruling the asylum.

I’d just like to ask the Republicans one question… Have you lost your ever-loving, freaking minds? What the hell is wrong with you? Tell me this isn’t suicidal insanity – please:

1. Republicans are now getting ready to support the START Treaty. What the hell are you doing? You are playing patty cake with our enemies. I hear McCain and Voinovich have sold America down the river to Russia for Obama for virtually nada. This Treaty has twelve deadly flaws that are obvious even to the most corrupt of politicians:

Flaw #1: New START fails to speak to the issue of protecting and defending the U.S. and its allies against strategic attack.

Flaw #5: The Obama Administration has made New START an essential part of a broader agenda that pursues the goals of nuclear nonprolifera­tion and nuclear disarmament concurrently.

Flaw #6: New START’s limits are uninformed by a targeting policy that is governed by the protect and defend strategy.

Flaw #10: The New START limitations are unclear on whether they would permit the U.S. to counter future threats from a combination of states.

Flaw #12: The Obama Administration believes that Russian cheating under New START is only a marginal concern.

2. Remember when we told the Republicans, if you don’t toe the line, if you don’t clean our house and put it in order, you are toast… Well, ladies and gentlemen, consider yourself toasted. Yesterday, a number of Republicans jumped ship and voted to NOT ban earmarks. You can’t even do one simple revision because you still want your bread buttered on both sides, don’t you? Well, I’d get ready for a world of hurt in 2012 or sooner.

3. After a year of Tea Party protests… After voting in new blood to ensure Constitutional principles are reinstated in our government before we do ourselves in permanently, the Republicans now are seemingly okay with parts of the health care monstrosity. What part of the statement REPEAL IN FULL don’t you understand? Dammit – every politician needs their health care and benefits stripped and they should get no more than any Private First Class does. It’s not real to you idiots what you are doing to us, but I guarantee that very soon it will be real as America fractures from head to toe. You jackwagons have deliberately sold your souls for a few pieces of silver.

Oh, and let’s not forget all the other massive forms of insanity our President is shoving down our throats:

1. The drilling moratorium in the Gulf of Mexico has just been extended for SEVEN years. Kiss our finances, jobs, drilling rigs and economy goodbye. Hasta la vista, baby… And you know what? As of the writing of this, the only place I have seen this news is on the Huffington Post and Fox News on cable. Crickets are chirping as Rome burns… Hello Cap and Trade…

2. Just who the hell do you people think you are? The Fed just announced, and I kid you not, in the most blatant sign of wealth redistribution yet, that they are going to release details on a $2 TRILLION lending program for financial institutions and foreign banks. We. Are. Broke. Insolvent, bankrupt, destitute… And you progressive/Marxist asshats are printing and spending money as fast as you can. I am sure, the elites have already made sure they are taken care of as America burns to the ground.

3. 99 weeks of unemployment benefits end today for millions. I feel for them, but this should not be extended. We don’t have the money. Fix the system instead of enlarging the entitlements. 100,000 showed up for 1,000 Flight Attendant jobs… If you still believe this isn’t a depression; if you still believe the faked unemployment rate of 9.6% – I have a sweet bridge to sell you in New York.

4. The FCC will be clamping down on the Internet and all of us out here in the blogosphere. First amendment rights will be damned as Caesar has his due. The FCC will just ‘bypass’ our congress and regulate iron-fisted control into being and wield unfettered fascist power and dictates as they see fit. We saw this coming two years ago.

5. And let’s not forget the Food Safety Bill… You know the one where the government and international entities grab full control of our food supply? How does mass starvation sound? How about ‘selective’ starvation? How about rationing cards? Giddy up, cause here it comes… And I wouldn’t get my hopes up too high that it will be blocked – fingers crossed – but don’t count on it. The progressives want to control every aspect of food in America.

6. The TSA insanity keeps giving and giving. Nudge, nudge… Push, push… They want America to lose it and give them an excuse to a) bring the governmental hammer down on citizens and b) unionize the TSA. Fascism in your pants…

Let’s sum up shall we? We are basically screwed… Everything we thought would die and go away is very much still there. Cap and Trade? Can’t pass it? Regulate it… Same goes for the DREAM Act and illegals. Millions of illegals coming to a neighborhood near you and soon along with them, their crime, diseases and hatred of America.

The list goes on and on. Beck’s storm has arrived and it is time to head for the root cellar. May God have mercy on America…