Do NOT miss it. 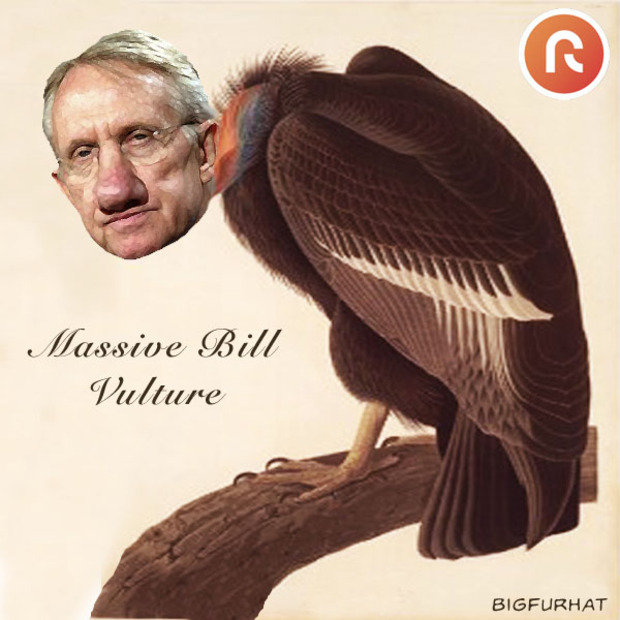 Habitat: Casinos, union halls and wherever fine graft is served

Voice: The faint susurration common to all fork-tongued reptiles. Amplified.

Jim Rogers: “All Of You Who Have MBAs Have Made Mistakes” And You Should Be Farmers Instead

The Bulls Blow It, While Bonds Get Routed: Here’s What You Need To Know

Jim Rogers: “Bernanke Has Been Wrong Every Time He’s Opened His Mouth”

CHART OF THE DAY: In Case You Didn’t Realize Investors Have A Voracious Hunger For Risk

Deutsche Bank Explains Why The Payroll Tax Holiday Is A Game Changer, And Could Push GDP To 4.1%

Offshoring Tsunami And QE3: A Perfect Storm For Stagflation

Jim Rickards: At Least One Swiss Bank Has Started Refusing To Hand Over Physical Gold To Clients

Illegals Are Breaking the Bank (Hat Tip: Brian B.)

Meet the new boss, same as the old boss…

Barone: While his base rages, Obama faces tax-cut reality

Morning Bell: You Have To Pass This Amnesty To Find Out What Is In It

Iran (Not) So Far Away

Banks in Europe Fail Stress Tests With No Authority

Report: Tough Times Far From Over for States

So much for bipartisanship: Obama calls GOP “hostage-takers,” Boehner a “bomb-thrower;” attacks lib critics, too

Reader G.W. wrote to mention that the Coin Modernization Act passed on November 30th. It is now waiting President BHO’s signature. I’ve been warning folks about a likely change in the composition of the U.S. Nickel (Five Cent coin) for more than three years. This may be your last chance to get real nickels at no premium over their face value and without the effort of any sorting. (Once a coin composition change takes places, it will become labor intensive, just as it did with pennies.)

Was There A Big Recession Warning Buried Inside This Week’s ISM? Jason’s comment: “Looks like manufacturing being purchased for inventories ratio is a good indicator of what’s to come.”

Why Governments Will Buy Silver

Jobs Rebound Will Be Slow

Bernanke Doesn’t Rule Out QE Exceeding $600 Billion. (Of course he doesn’t! Note that Bernanke stonewalled congress for more than a year about announcing the size of the bank bailouts, and the roster of recipients. It was only last week that we found out that it was actually $9 trillion in taxpayer-guaranteed loans, lent to just a handful of big banks at ridiculously low interested rates.

Glenn Beck on how the Federal Communication Commission plans to regulate broadcasting.

This is the first in a three part series to run all week of the story of the rise and fall of Tony Demasi, the former owner of two of Chicago’s hottest nightclubs, Reserve and Crescendo.

One night during the heyday of the refinancing boom, Alderman Walter Burnett, once a car thief and now the Alderman of the 27th Ward, was having a few drinks in the then new staple of Chicago’s nightclub scene Reserve, which just happened to be located in the West Loop neighborhood of his ward. It was relatively early in the evening. Not too many folks were yet around but one was the owner, Tony Demasi.

“Tony, I’ve got a great valet guy you can use,” said Burnett.

“Thanks sir, but I’m happy with my valet guy,” Demasi responded.

“He is the valet guy all the businesses use in MY ward,” Burnett responded.

“My valet guy is also a friend of mine so I think I’m fine sir,” Demasi countered.

“He will be here tomorrow at 6,” Burnett insisted.

Tony Demasi had a problem. He was being shaken down by an alderman who’d once stolen cars for a living. When Burnett was in his teens, he was the look out for a car theft ring. Upon getting out of Cook County Prison, he got into politics and was now an alderman. His story is generally viewed as one of redemption. Another way to look at it is that Burnett figured out that the real gangsters were in politics and Demasi was getting a first hand look at this sort of gangsterism.

A trailer for a new Aussie movie “Tomorrow, When the War Began.”

Young Australians turned into hardened guerrillas by an invading army.

Most Westerners believe that we will never fight for our freedom on our own soil.

Most think that the last 60 years of comparative peace has been normal – rather than the historical aberration it unfortunately is.

They also forget that the main guarantor of that peace, a rich and well armed U.S., is now under major threat.

Unless the U.S. can be turned around, films such as this one, will become documentaries.