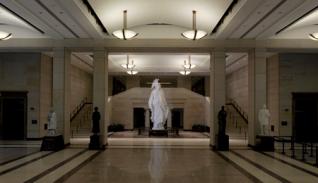 Every person on the planet is entitled to human rights. The concept of human rights was developed after World War II in response to the Holocaust. In 1948, the United Nations General Assembly adopted the Universal Declaration of Human Rights. The concept of rights is not new and existed in pre-modern cultures in ancient Greek and Roman times where we find various indicators of rights, although not as a universal issue.

In Europe, during the Renaissance, we find the Twelve Articles which are considered the first record concerning human rights. In the 18th century, fundamental civil rights and civil freedoms were included in the Virginia Declaration of Rights.

In preparing this conference we bring together scholars, authors, activists, organizers and journalists concentrating in the area of human rights and we hope to offer a perspective which demands a much firmer approach by the U.S. and other Western governments to the issues.

At this point we have not taken the real actions necessary to effectively defend human rights around the world. It is unacceptable that we continue to overlook human rights violations.

Kenneth Timmerman
A journalist, political writer, executive director of the Foundation for Democracy in Iran
Will There Be Christmas in Iraq?

12:30 p.m.
Tawfik Hamid
Author of Inside Jihad: Understanding and Confronting Radical Islam
Do We Need Democracy in the Middle East?

12:50 p.m.
Faith McDonnell
Director of the Religious Liberty Program at the Institute on Religion and Democracy in Washington, DC
Human Rights in the Middle East: Lessons from 14 years of Advocacy

1:50 p.m
Robert Spencer
Director of Jihad Watch
Author of The Truth About Muhammad

2:10 p.m.
Ali Ayami
Director of Center for Democracy and Human Rights in Saudi Arabia
Human Rights Under the Saudi-Wahhabi Rule

4:00 p.m.
Thank You for Participating