This is a bald-faced lie and an evil twist of King’s intent. And meanwhile, Big Sis says that DHS will start battling global warming as a national security issue. Marxists to the rescue! This has got to stop…

At an all-day White House conference on “environmental justice,” Homeland Security Secretary Janet Napolitano announced that her department is creating a new task force to battle the effects of climate change on domestic security operations.

Napolitano explained that the task force was charged with “identifying and assessing the impact that climate change could have on the missions and operations of the Department of Homeland Security.” 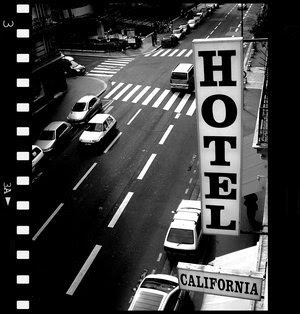 Yesterday we witnessed another great victory when the Omnibus Bill went down in flames. The Tea Party Movement was in full operation over the last few days, organizing behind the scenes as well as in the halls of congress.

The MSM, however, will gloss over the fact that the Tea Party flexed its considerable muscle and put an end to this insane spending bill. This is what the MSM does and we are not surprised by it. Soon, the MSM will find itself in the same situation the senate found itself in yesterday.

Anyone connected with the Tea Party Movement should take a well deserved bow. But don’t spend too much time on stage patting yourselves on the back, because there’s much more work to do. This is just the beginning.

Let’s say California was a fire call. One of those five-alarmers. The firefighters upon arrival would simply tell everyone to stand back and let her burn. There’s nothing that can be done for this “Tarnished State“ at this time. It’s gone. It’s not going broke, it is broke — bankrupt, insolvent, busted! And when the state’s financial infrastructure finally collapses, all states will feel it at some level. And others will follow. It will be interesting to watch the geniuses in Washington deal with this catastrophe, and then turn it into an “opportunity.”

Victor Davis Hanson decided to take a closer look at California, focusing on inland towns and then over to the coastal regions. Hanson begins his research in the Fresno county area and his take on the situation is spot on. It’s bad. I have friends in the Fresno area who frequently update me on their situation. It’s really bad.

TONIGHT on THE ANDREA SHEA KING SHOW, Bob Chapman will give us his monthly report on the economy. Chapman’s views on the economic mess we’re in are by no means sugar-coated. The real facts and figures are unpleasant, but must be presented truthfully and without spin. Tune in this evening at 9 PM ET for more of Bob Chapman’s economic analysis.

KIEV, Ukraine—A fight in Ukraine’s parliament Thursday left opposition lawmakers bloodied and bruised after they protested against the opening of a criminal case against their leader, former Prime Minister Yulia Tymoshenko.

The Blaze: Fla. ATM Spits Out Gold, Not Cash

Over 100 anti-war protesters were arrested outside the White House on Thursday, including Pentagon Papers whistleblower Daniel Ellsberg, during a rally that included former military men declaring America’s real enemies to be those who “laid us off from our jobs” and “denied us health care.”

Who is March Forward? The group’s site describes itself using Marxist terms, including a high emphasis on “struggle”:

March Forward! is an affiliate of the ANSWER Coalition (Act Now to Stop War and End Racism). Along with others in the Coalition, we are organizing against the Iraq and Afghanistan war while fighting for social and economic justice at home—including the struggle against racism and all forms of discrimination and bigotry. March Forward! operates based on the belief that real change comes through struggle and mass action.

And from Veteran’s for Peace and Code Pink:

Obama: US will back UN on rights of native peoples (Hat Tip: Jean Stoner)

One American Year Project, One year of living with only American products (Hat Tip: Jean Stoner)

How to Survive a Nuclear Attack (Hat Tip: Jean Stoner)

Albert Edwards: “The Notion That We Are In A Sustainable Economic Recovery Is As Ludicrous As It Was In 2005-2007”

Andrew Ross Sorkin: America Faces A Lost Decade And A Sequel To “Too Big To Fail”

The Philly Fed Number That Has Everyone Frightened

John Kerry Complains About “Reading” Omnibus “Rather Than Working On It” (Hat Tip: Brian B.)

Need A Job? Too Bad! The Good Jobs Are Being Shipped Out Of America As Part Of The New One World Economy (Hat Tip: Brian B.)

Euro Defaults Need to Be Carried Out Quickly: Elena Carletti

Obama Seeks to Make Amends With Unions Over Tax Deal

What The Silver Vigilantes Understand That You Probably Don’t (Arithmetic, Human Nature and other Stuff) (Hat Tip: Brian B.)

Nancy Pelosi: “Obama Was A Job Creator From Day One”

‘Twas The Lame Duck Before Christmas

In Case You Were Wondering… Democrats Out-Pork Republicans 50-1

Crazy Pelosi: “Obama Was A Job Creator From Day One” (Video)

With border in chaos, J-Nap proclaims “environmental justice” a priority

The START Treaty Must Be Opposed

Guardian: Euro Fighting for Its Life

In the Trading World, ‘Insiders’ Are Legion

Struggle for the Republican Soul

Morning Bell: The Tea Party is Back

Conservatism is Ready to Play the Game

Guest Blogger: White House Should Not Duck Its Responsibility to Shield the United States

A Rate Which Lives In Infamy (USA Will soon have the world’s highest corporate tax rate) (Hat Tip: Jean Stoner)

As Belgium Simmers And The Swiss Dollar Burns, Europe Could Still Get Worse In 2010

More contrapreneur self-delusion by the market “experts”: Time to Switch From Bonds to Stocks? The only truly safe haven in these days of fantasy currencies is in tangibles.

Want To Ruin Your Own Country? Assume Your Banks’ Liabilities

How to Buy Gold and Silver

Roubini: The Economic Policy Is Still Lend, Pray And Hope

Debt monetization (the government buying its own debt) is waving a huge Red Flag that signals mass inflation in the near future: Fed Surpasses China in Treasury Binge

News from England: Inflation surges at record pace in December

Addison Wiggin: Why You Shouldn’t Trust the Core CPI Numbers