First he shills for the FCC, now the White House. Elmo is moving up in the world…

Allegations of “China cuddling” will come as no surprise to serious students of New Zealand’s 1999/2008 socialist Labour Government. 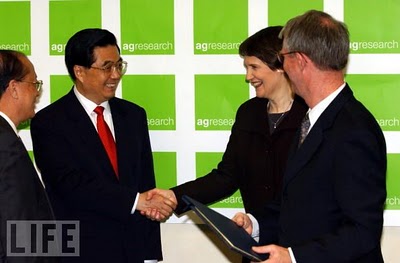 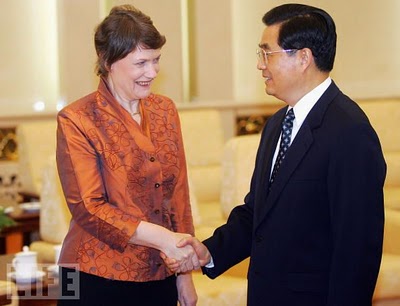 Helen Clark, meets with Chinese President, Hu Jintao, at the Great Hall of the People in Beijing, May 30, 2005.

A former New Zealand government courted China and France in an attempt to curb American and Australian influence in the Pacific, according to a leaked diplomatic cable published here Saturday.

New Zealand is also said to have formulated its anti-nuclear legislation, which caused a deep rift with Washington, because of a desire to trim its defense budget as well as for publicly stated ideological reasons.

The claims are made in a 2004 cable released by the WikiLeaks website under the heading “What we could not say in the mission programme plan,” the Dominion Post newspaper reported.

The cable said New Zealand’s Labour Party government, led by Helen Clark, flirted with China and France in the early 2000s “to curtail US and Australian influence in the region,” it said.

During a visit by the Chinese vice-minister for trade, “New Zealand Trade Minister (Jim) Sutton publicly claimed that China was New Zealand’s most important and valued trading partner, a claim that left Australian officials here scratching their heads in wonder.”

While patriotic Kiwis are overjoyed that Clark no longer infects our body politic, her current position enables her to inflict damage on an international scale. 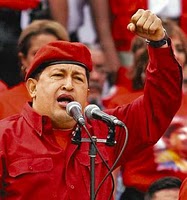 The move consolidated the firebrand socialist leader’s hold on power after nearly 12 years in office, and raised the prospect of a fresh wave of nationalizations as the former paratrooper seeks to entrench his self-styled “revolution.”

Chavez had asked for the fast-track powers for one year, saying he needed them to deal with a national emergency caused by floods that drove nearly 140,000 people from their homes

But the Assembly, which is dominated by loyalists from his Socialist Party, decided to extend them for a year and a half.

That means the president can rule by decree until mid-2012, and can keep opposition parties out of the legislative process until his re-election campaign is well under way for Venezuela’s next presidential vote in December of that year.

The vote was part of a legislative onslaught to push through bills before a new National Assembly is seated on Jan. 5. Earlier on Friday, parliament passed a law making it easier for the government to nationalize banks and trim their profits.

How long will it take Obama and the Democrats, if they are not roundly defeated in 2012?

Il Divo version of a favorite of mine – the best ever redemption song “Amazing Grace.” I usually prefer female versions, but these guys do a great job. 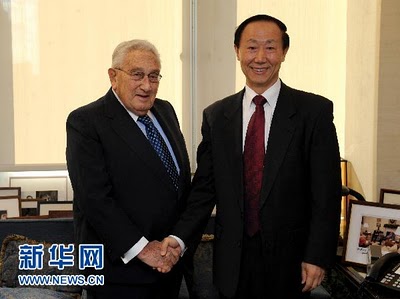 Wang Jiarui, minister of the International Department of the CPC Central Committee, praised the important contributions Dr. Kissinger made to bilateral relations. Wang stressed China is willing to work with the United States to build a positive, cooperative and comprehensive bilateral relationship in 21st century.

Kissinger, who served as the top U.S. diplomat during the presidencies of Richard Nixon and Gerald Ford in 1970s, said that U.S. and China are experiencing an important stage to further develop bilateral ties. He hoped that both countries will enhance strategic dialogue and cooperate in addressing common challenges.

When is somebody going to put this meddling old menace out to pasture?