Morning Bell: Stop the State Bailouts Before They Start

How the Value Added Tax Works

If You Haven’t Bought Silver Yet, Read This (Hat Tip: Brian B.)

1 Out Of 3 Americans Has Zero Dollars In A Retirement Account (Hope & Change) (Hat Tip: Jean Stoner)

UFOs and NASA: The Meme Goes On

Starve the Beast: The Republican Plan to De-Fund the Health Care Law (Hat Tip: Brian B.)

The Return Of The Death Panels…And The Democrats Want To Keep It Hush-Hush (Hat Tip: Jean Stoner)

DC home to most single-parent households

Pelosi: Can You Spare $10 to Protect the Progress We’ve Made?

Nobel Prize Economist Mundell Says Forget All These Bullish Forecasts, 2011 Growth Is Going To Be Weak

Almost Everything Is A Crime In America Now: 14 Of The Most Ridiculous Things That Americans Are Being Arrested For

Quantitative Easing 2 as Projected and Announced

After 62 Years, a First for Harlequin: A Personal Finance Book, The Frugalista Files. “Written by former Miami Herald personal finance blogger Natalie McNeal, is a diary a 34-year old attempt to pay off her credit card debt — ‘without giving up the fabulous life.'”

Naked Emperor and the Conspiracy of Silence 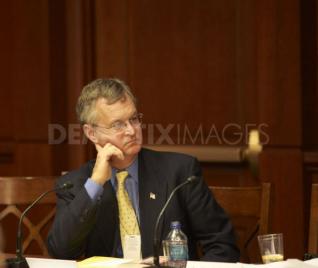 Kenneth Timmerman is a New York Times best-selling author and contributing editor for Newsmax Media. On December 16, 2010 Kenneth was a speaker on Voice of the Copts’ conference for Human Rights Day in Capitol Visitor Center – Washington DC. 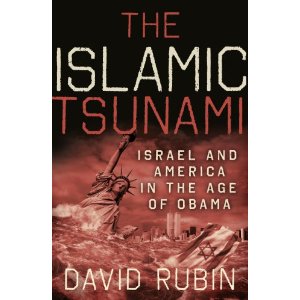 Issuing an impassioned clarion call to the Western world on the litany of existential dangers that radical Islam represents to America’s cherished democratic principles, author David Rubin’s meticulously researched monograph reveals that Islam is in actuality a political ideology predicated on a pernicious dogma, rather than the “religion of peace” that its proponents purport it to be.

“The Islamic Tsunami: Israel and America in the Age of Obama” (Shiloh Israel Press) is an exceptionally well documented treatise on the gamut of commonalities that are endemic to both Israel and America in terms of religion, politics and culture. Rubin calls on all free peoples, especially Americans, to take serious heed of the escalating dangers that Islam represents in terms of the perpetuation of bellicose actions bent on mass murder or the more insidious and subtle kind of aggression that is manifested by the potential silent incursion of Sharia law into American jurisprudence. He exhorts both Jews and Christians alike to carefully examine the Judeo-Christian value system that has bound them together for centuries and strongly suggests that they create concrete alliances in order to thwart the nefarious agenda of radical Islam; thus preserving “Western civilization” as we know it.

Rubin speaks with authority as he explains the Islamic concepts of dhimmitude (slave status for all “non-believers”), how the Koran metes out punitive measures against infidels and outlines the ultimate goal of Islamic global dominance in the form of a Caliphate. Rubin is neither an alarmist nor he is suffering from paranoia and to his credit he does not posit himself as an abstract theoretician or a think-tank denizen. Having studied the Koran, the Bible, as well as plumbing the depths of resources on American history as it pertains to the views of the founding fathers and more recent events, Rubin’s book is replete with a plethora of highly enlightening quotes from these sources that help to state his case.

As a Brooklyn born American Orthodox Jew who now lives in Israel, he has firsthand experience of the travails of Islamic terrorism as he ruefully recalls his victimization and that of his three-year old son, Ruby. In December of 2001, while driving home to Shiloh from Jerusalem, Rubin and his son were both injured in a terrorist attack carried out by Islamic militants. When Rubin arrived at the hospital he was told that he was “the hospital’s 1,000th victim of terrorism” and recalls that he was later told by a surgeon that, “the bullet which entered the head and traveled through the neck of my three-year old boy missed his brain stem by one millimeter.” Determined to assist others facing similar crises, Rubin founded the Shiloh Israel Children’s Fund, an organization dedicated to relieving the trauma suffered by child victims of terrorism.

Indeed, politics make for strange bedfellows. Under a sharpened lense, Rubin examines the nexus of ideas promoting multi-cultural and moral relativism as extolled by the ideologues on the far left of the political spectrum and those who would seek to vanquish any vestige of moral clarity, namely radical Islamists. Chiding President Obama for his own associations with left-wing radicals such as convicted terrorist Bill Ayers and his futile attempts to reach out “in peace” to the Muslim world, Rubin details the predominant Muslim influences in Obama’s background and his adamant denial of the very real threats that Islamists present to America, Europe and the free world.

While there is a virtual laundry list of hard hitting points that leap forth from the pages of this book, what really stands out is Rubin’s assertion that Obama’s Harvard law school education was financed by Saudi petro dollars. Says Rubin: “The tentacles of Islamic aggression reached their highest levels of American influence when it was revealed that Barack Obama’s higher education was likely financed and guided by the anti-American, anti-Israel alliance of secular leftsts and Islamic ideologues.” He qualifies this by saying that the radical American Muslim ideologue Khalid al-Mansour, (a.k.a. Donald Warden), a former mentor to Black Panthers founders Huey Newton and Bobby Seale was “raising money for Obama, apparently for his education, although the reason why al-Mansour would be raising money for a virtually unknown young student was not divulged.”

Rubin tackles the burgeoning phenomenon of Islamic dominance by encouraging the United States to tap into a treasure trove of timeless lessons for life. Quoting the Prophet Isaiah, he says that, “the Torah will go forth from Zion, thereby spreading its wisdom to the entire world. He asks the sublimely simple question: “What can the U.S. learn from the ongoing struggles between Israel and Islam?” Among other things, Rubin calls for the halt of immigration (both legal and illegal) from Islamic countries to the U.S. and suggests that that the U.S. require the emigration of actively hostile Muslims and those Islamists who are engaged in anti-American subversion. He also decries the passage of hate crime legislation which he says “will be used as a big brother technique to curtail the free speech of those who dare to speak out against Islamic ideology.”

Reminding us of the immortal words of Thomas Jefferson who said “The price of freedom is eternal vigilance,” and Ronald Reagan who said, “At least let our children and our children’s children say of us that we justified our brief moment here; we did all that could be done,” Rubin leaves us with a sense of optimism and hope as we prepare to gird our loins and defend our liberties and freedoms and our very lives from those who would obliterate us and them.