Russian propaganda channel Russia Today, correctly predicts that 2011 will be a year of major civil unrest in Europe.

Of course it is easy for the Russians to predict such things, as it is certain that they will have a major hand in instigating that unrest.

“That this liberal, progressive, socialist agenda… This left-wing, vile, vicious, despicable machine that’s out there is soundly brought to its knees.” – Col. Allen West

Gateway Pundit: Rep-Elect Allen West: “This Liberal-Progressive Agenda Is Antithesis of Who We Are As a Nation” 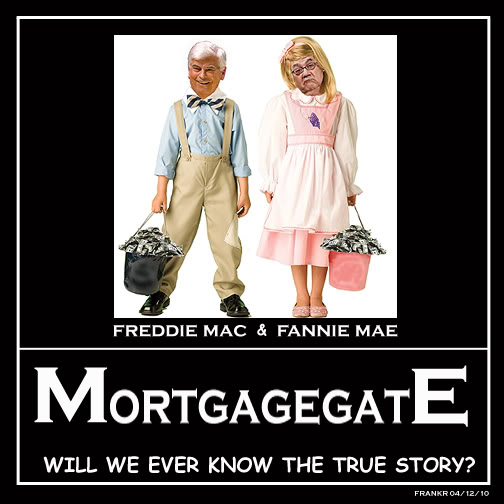 Shawn Perger on Crisis Cycle Investing, the Promise of Silver and the Internet’s New Narrative

Useful Idiots and Fifth Columnists: The Media Role in the War Against the West (Hat Tip: Brian B.)

Give Me Inefficient Lighting or Give Me Death! (Hat Tip: Brian B.)

Is Upton Walking Back His Support for Light Bulb Ban? (Hat Tip: Brian B.)

Lawmakers to Clash on Spending, Debt

Issa: Obama ‘one of most corrupt presidents in modern times’

…vows to take on White House over spending

THE BIG STINK: Trash Piles Up Across NYC After Blizzard

Overall Movie Attendance Down Sharply in 2010

REP ISSA SAYS SESTAK OFFER WAS ‘OBAMA’S WATERGATE’ BUT WE WILL NOT INVESTIGATE – BUSH DID IT TOO. (Hat Tip: Jean Stoner)

Stalin Statue Decapitated Then Blown Up in Ukraine

Obama Starts Off 2011 With a Whopper: “I Am Committed to Creating Jobs” (Video)

Karl Kani’s success story began in the projects of Brooklyn. With an idea, a strong work ethic and later some help from a local church, Karl Kani transformed his idea into a business that benefits many Americans. Karl took all the risks, persevered and built a company that he expects will triple in revenue.

Who benefits from Karl’s idea, hard work and risk-taking? Just think of all the people he employs… from sales people to managers, administrators to advertisers, accountants to lawyers… and everyone in between. He created a business which provides income for many Americans. All of them benefit from his ability to turn his idea into a reality.

Even though California’s tax rates are among the highest in the nation, Karl’s clothing line is produced entirely in California using Japanese denim. So even California’s government benefits from what Karl has created, not to mention the Federal government as well.

Our U.S. Constitution makes our Republic the freest country the world has ever known. The free market system that our Founding Fathers gave us is what makes this American Dream possible for Karl and all those who benefit from what Karl has created.

Video caption: “Karl Kani got his start in the Brooklyn projects, peddling logo-emblazoned tees and baggy linen suits sewn by his fathers tailor. In 1999, he developed a business plan with his accountants to start his own urban sportswear company, Karl Kani, which currently has revenues of $65 million worldwide. He left the urban market to start a contemporary denim line, LIVE LIFE LOVE DENIM. He connected with Fame Church in Los Angeles, which has an investment fund to help local businesses. With the church’s help, he raised enough money to develop the contemporary denim line. He embraces the challenge of following trends and takes care to not saturate the market so that his jeans are always in demand. His jeans are made from Japanese denim and are produced entirely in California so that he can control the product quality. His celebrity clientele includes Mischa Barton, Jessica Simpson and Ashlee Simpson. He hopes to triple his revenues as he distributes his denim line to major department stores.”