By now most folks with internet or radio or TV News probably know that Congresswoman Gabrielle Giffords was shot this morning in Tucson at a community event at a Safeway grocery store. Current reports have at least 13 people wounded in this tragedy and 6 dead. Among the dead, a 9 year-old child and a federal judge.

What is not in the news yet is that among the dead is Dorwin Stoddard who threw himself in front of his wife Mavy to keep her from being shot. She was wounded in her legs. Dorwin was a member of the Church of Christ.

Today, in Arizona, we saw what can happen when one deranged individual takes it upon himself to resort to violence in response to what he considered to be a wrong. The Representative who was shot could just as easily have been a Republican, although her party is not important. Just a few days ago she was standing on the floor of the House of Representatives, reading from the Constitution of these United States of America, our Constitution. She is a conservative and is without a doubt a patriot as was the federal judge who was killed in the same tragic event. There are changes that need to be made. Obama and his progressive (liberal) minions must be removed from power, but not with violence and guns. We have every right to protect ourselves from our government or any others who would attempt to enslave us.

Our founders were faced with this situation and responded appropriately. They did not possess the power of the ballot box, so they had to resort to the cartridge box. They left us a better option. “We the People” are the ultimate authority in America and we have the right to legally remove those who would seek to destroy this great nation of freedom. If we are attacked, we have every right to defend ourselves, both as individuals and as a nation. This is true even if the attacker is our own government. But, unless that happens, we must use legal means to accomplish our goals. Today, five people died for no justifiable reason, including a very conservative Senior Federal Judge and a young and innocent 9 year-old girl, plus a number of others. There can be no reason which could ever justify this in the mind of any reasonable patriotic person.

I hope the lesson we take from this is that nothing is accomplished by turning to unreasonable violence to accomplish our goals. We are better than that and any action of that type would be condemned by every person who has ever served and fought for this great nation, from the signing of our Declaration of Independence until this day. 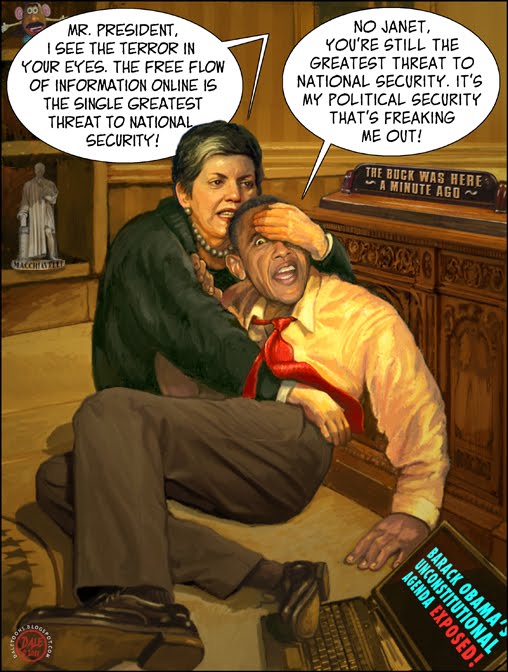 STANFORD, Calif. – President Obama is planning to hand the U.S. Commerce Department authority over a forthcoming cybersecurity effort to create an Internet ID for Americans, a White House official said here today. It’s “the absolute perfect spot in the U.S. government” to centralize efforts toward creating an “identity ecosystem” for the Internet, White House Cybersecurity Coordinator Howard Schmidt said. That news, first reported by CNET, effectively pushes the department to the forefront of the issue, beating out other potential candidates including the National Security Agency and the Department of Homeland Security.

The Houston Chronicle has a regular environmental blog called Fuel Fix, articles intended to inform the masses on topics related to the oil industry and anything else which might impact climate or society in general. Loren Steffy wrote an article, Henhouse Open, Foxes Welcome, letting everyone know the evil GOP planned to look into how much government regulation over the free market system could be reduced or eliminated.

“The new Congress is now in session, and any hopes for meaningful reform or deficit fighting are quickly evaporating.”

I mention Steffy’s article because it represents an attitude, one which defines the difference between the two Americas; America, the land of the free and the home of the brave and that other America, land of government imposition. It bothers folks when labels are assigned; but one America is a republic while the other is more akin to socialism, the two are not compatible.

The Chronicle referred to an article by the Politico which spotlighted Rep. Darrell Issa (R-Calif.) as he asked industry how Congress might better serve America’s interests. Issa actually sent letters to his constituents asking for input; imagine that, a congressman trying to improve the lives of those he serves.

“Is there something that we can do to try to ease that [regulatory] burden and stimulate job creation?” he added. “Is there a pattern emerging? Is there a consistent practice or regulation that hurts jobs? Until you have all the facts, you really can’t make a lot of determinations and judgments.”

I found the interaction between Rep. Issa and industry to be a breath of fresh air; however, the left interpreted Issa’s request for information in quite a different light. If you look closely, the different Americas become clear; one America has We The People working to ensure government does what’s best for We The People, while the other America would have government impose elitist tyranny on We The People, as if those in government were somehow more capable than the lowly We The People.

“His approach is a little like teachers asking school children how much homework they’d like to have.”

Steffy’s article mentioned a group, Public Citizen, as having written a letter to Rep. Issa “noting that the purpose of regulation is to protect the public health and safety, rather than coddle corporations,” as if Public Citizen represented We The People. (emphasis added)

I looked up Public Citizen and found it to be nothing more than a left wing political action group. Their board of directors reads like a who’s who of community activists, environmentalists and lawyers; so much for the idea of having unbiased and non-partisan reporting. These folks have nothing but contempt for the free market system which made America successful.

Steffy finished her slap down of Rep. Issa by including mention of the Gulf oil spill and, of all things, the presidential spill commission.

Remember the presidential spill commission, that fair and impartial group of hand picked environmentally friendly “yes men?” Isn’t it interesting how industry has been transformed into an ugly monster by the “the other America?” If you listen to the left, the socialist other America, industry has destroyed America and the only way to save America is to destroy big oil and the free market system one brick at a time.

Yes, I pay attention when I see the Fuel Fix logo emblazoned atop an article. I recognize it for what it is; an attack on our free market system, the land of the free and the home of the brave; it might as well be a hammer and sickle, thanks for the warning. 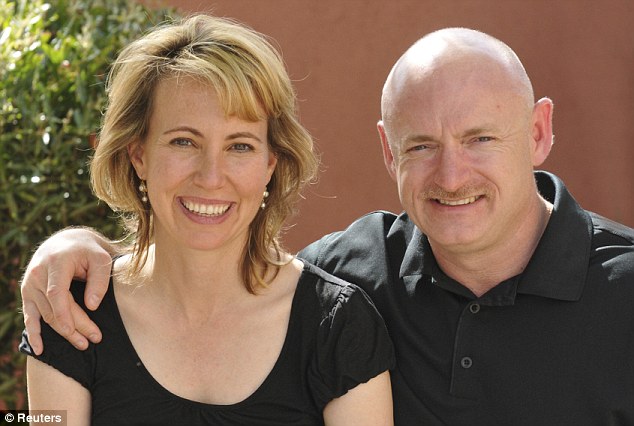