Long time Marxist activist John Minto is hailing the non-appearance of Israeli tennis player Shahar Peer’s failure to appear at the ASB tennis classic in Auckland this week as “a significant victory for the BDS (Boycott Divestment and Sanctions) campaign against apartheid Israel.” 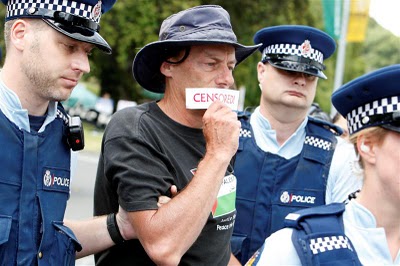 Despite being the subject of protest in 2009 and 2010 Peer was adamant she would return to Auckland. She told media last year she was keen to come back. We expected her to enter the tournament at the last minute to avoid early publicity and controversy.

However it seems she was unwilling to face further protests in New Zealand which could have led to greater pressure for her expulsion from other tournaments. Following protests in Auckland in 2009 Peer was banned from a Dubai tournament a short time later. Further high-profile protests here would have increased this pressure.

Peer is the highest profile Israeli sportsperson and we take her non-appearance as a good sign for the strengthening of the BDS campaign. She wants to keep her career one step ahead of the boycott but it’s a race she will lose. The international campaign is tightening on Israeli representatives and companies which do business with apartheid Israel.

Global Peace and Justice Auckland is holding a seminar next week with a key organizer of the BDS campaign in Europe. We will be looking at what further action New Zealanders can take to isolate Israel and support the Palestinian struggle. 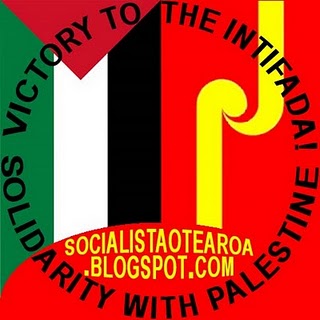 John Minto wants to destroy Israel and is working with others across the globe to achieve that objective.

I hope the Israeli’s are taking this campaign seriously.