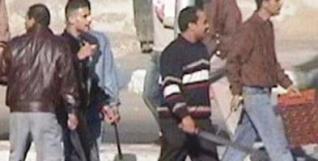 Regarding Public demonstration of Copts on January 9, 2011 in Milan, Italy: We are appalled at the Copts’ rejection of fellow protesters who were draped in the Israeli national flag as a show of solidarity with Israel and the Jews.

We strongly condemn the actions of those Coptic Christians (mostly immigrants living in Italy) against the Italian citizens who joined them for the same fight against a common enemy.

This display of anti-Semitism has no place in our struggle for freedom in the world today.

Voice of the Copts stands together with the Jews of Israel and Jews around the world to confront the vicious attacks stemming from a religious and political ideology aimed against each and every one of us who are non-Muslim.

Furthermore, as Christians we stand upon the Biblical precept that we are grafted into the promises of Abraham, Isaac and Jacob, a legacy which serves as the basis of our support of the Jews and their inheritance and we join with them in their suffering.

Those of us who live in Egypt or have loved ones there, may in fear or ignorance act out against the Jews, but these sentiments are in no way right or acceptable and will surely lead to devastating results for Copts, politically and religiously.

In addition, as Israel is a sovereign state recognized by the entire world, including the Egyptian regime, Copts have a choice to either align themselves with Islamic hatred or to align themselves with the official stance of their government. There is absolutely no justification for the former, for even if this position actually serves to reduce the Islamic bomb attacks, shootings and kidnappings which take place regularly against Copts, which it clearly does not, it is unconscionable.

We thank God for Israel, the one free democratic country within the Middle East. We pray for their prosperity and safe-keeping. May America and European countries continue to support and strengthen Israel!