In the wake of the Arizona killings, all sorts of socialists have been climbing on the anti-free speech bandwagon.

Rep. Jerrold Nadler (D-N.Y.) said on Friday that the Federal Communications Commission should reinstate the fairness doctrine for broadcast television to ensure that multiple sides of controversial topics are offered to the public.

“For over the airwaves TVs, I think they should bring it back,” said Nadler on Fox Business Network with Andrew Napolitano.

“I think it makes sense for people to be able to hear as many sides of political opinions as possible, and as long as it’s the people’s airwaves that should be used for that purpose.”

Nadler’s comments come in the wake of the recent shooting of Rep. Gabrielle Giffords (D-Ariz.), which has re-launched the debate over what role heated political rhetoric plays in the spurring people to take violent actions.

Like many Congressional Dems, Nadler has a socialist background.

According to Democratic Socialist Organizing Committee founder and chairman Michael Harrington, influence of the group was disproportionate to its size because of the positions held by some DSOC members within the Democratic Party.

Many others including John Conyers (Michigan) and Bob Filner (California), have extremely close ties to the organization.

In 1995, Jerrold Nadler was prominent at the DSA Socialist Scholars Conference April 7-9 in New York City. Nadler was involved in Panel 1 “Crisis In The City” with Frances Fox Piven and William Kornblum.

Nadler was again listed as a speaker at the DSA sponsored 1997 Socialist Scholars Conference held March 28-30 at the Borough of Manhattan Community College in New York.

The rival Social Democrats USA has alleged that Jerrold Nadler is a member of Democratic Socialists of America. SD-USA’s website history of the U.S. socialist movement confirms the known DSA membership of Ron Dellums, Major Owens, David Dinkins and John Sweeney and also names Nadler as a member.

Why is it that socialists are so often the first to attack free speech?

Why does the Democratic Party allow covert D.S.A. Marxists to so easily infiltrate its ranks?

Following Glenn Beck’s classic three-day “Puppet Master” series on George Soros, Jewish Funds for Justice launched a campaign, “fighting back against Beck’s outrageous accusations and insinuations with a multifaceted campaign to get Beck’s poison off the air.”

On Jan. 13, 2011, JFJ president Simon Greer and a few hangers-on , stood outside the News Corporation building in New York. Greer announced their intention to deliver 10,000 signatures calling on Rupert Murdoch to remove Glenn Beck from Fox News Channel’s daily lineup. The group attempted to deliver a pink slip for Mr. Beck, calling for the termination of his contract.

Greer further listed Beck’s “Ten Worst Quotes of 2011” – a collection of statements Beck has made – but stripped of their context. The group was not allowed to enter the News Corporation building, or to leave their 10,000 letters for Mr. Murdoch.

Who are these people? Who do they represent? It isn’t some of my American Jewish friends that’s for sure.

In case you hadn’t guessed by now, Jewish Funds for Justice is simply another far left organization, posing as moderate and responsible citizens.

Who are the leaders of Jewish Funds for Justice?

Si Kahn, founded JFFJ and currently serves on its board. He also serves on the advisory board of Rosenberg Fund for Children with Angela Davis, Pete Seeger and Toshi Seeger (all Committees of Correspondence for Democracy and Socialism members) and Ed Asner, Ron Dellums and Richard Healey of Democratic Socialists of America.

Rosenberg Fund for Children is run by the sons of executed Soviet atom bomb spies Ethel and Julius Rosenberg. 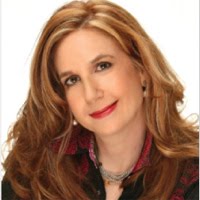 Amy Dean is a JFFJ board member. She is a labor activist, who in 1994 played a leading role in the New Party – a creation of ACORN, SEIU, Democratic Socialists of America, Committees of Correspondence and the far left Institute for Policy Studies. Barack Obama was one of the New Party’s great success stories.

Amy Dean keynoted the Chicago Communist Party USA 22nd Annual People’s World Banquet Dec. 6 2009, at the Parthenon Restaurant. In introducing her, CPUSA labor secretary Scott Marshall called her work visionary and innovative. Dean noted “while electoral coalitions are one thing, governing coalitions are often another. It’s vital that labor and its allies have a say in what policies unfold once their candidates are elected. Dean said much more must be done to build up the movement to ensure the Obama agenda and progressive change is advanced in Congress.”

On November 18, 2010, Amy Dean was keynote speaker at the St. Louis: 7th annual Working Class Media & Democracy Forum, hosted by the the Missouri/Kansas Friends of the People’s World.

Contact for the event was Communist Party member Tony Pecinovsky.

She is also a leader of the Cry Wolf Project with DSA affiliates Peter Dreier, Nelson Lichtenstein and Donald Cohen, a board member of former Obama “Green Jobs Czar” Van Jones’ Green for All.

The Cry Wolf Project was established in 2010 to “counter conservative attempts to stop or discredit “progressive” policy options” – including paying academics for specified articles.

Donna Katzin is a JFFJ board member and former activist with the Cuba Resource Center.

She is a donor to the Oakland, California based DataCenter, which is widely regarded as the intellegence wing of the United States Left and has close ties to Cuba.

Saperstein is a long time associate of veteran Marxist and Obama “spiritual advisor” Rev. Jim Wallis and serves with him on Barack Obama’s White House Advisory Council on Faith-based and Neighborhood Partnerships.

Simon Greer is President and CEO of JFFJ. Greer worked as a labor and “community organizer” and “social change” leader for 15 years including serving as a leader of Jobs with Justice – which is heavily infiltrated by Democratic Socialists of America and the Communist Party.

Greer was trained at the Windcall Institute, a project of the Common Counsel Foundation. Committees of Correspondence supporter Holly Fincke is the Director of the Windcall Institute, while Van Jones and former Communist Party Religion Commission member and Committees of Correspondence supporter Scott Douglas, serve on its advisory board.

This isn’t the first time JFFJ has attacked Glenn Beck.

On July 16, 2010, leaders of faith and progressive communities from across the United States put their name to a two-page feature in the Jewish Forward magazine which had been put together by JFFJ. The introduction to the feature reads:

On May 28, on his nationally syndicated radio show, Glenn Beck read an excerpt from a Washington Post column by Jewish Funds for Justice President Simon Greer. In it, Simon argued that we are at our best as a society when we put humankind and the common good first. Beck responded: “This leads to death camps. A Jew, of all people, should know that. This is exactly the kind of talk that led to the death camps in Germany: ‘put humankind and the common good first.’” In the wake of this attack on our shared values, we are grateful to so many leaders for standing with us. Because of your support, Jewish Funds for Justice can continue to speak out against this kind of demagoguery and advocate for real solutions to the pressing challenges facing millions of Americans.

I hope the “Puppet Master” is getting value for his money from his little troupe of red marionettes.