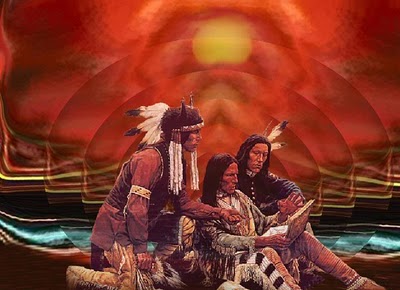 The votes have been cast, the sacred runes read and the results of this week’s Watcher’s Council contest are history.

Our winner this week, The Noisy Room focused on something Glenn Beck among others have been paying increasing attention to, the use of regulations and regulatory czars to bypass Congress. Here’s a slice of her winning entry, The Herding of America – Enlightened Despotism:

It’s the animal spirits baby… For over 100 years, Americans have been covertly manipulated by design in large part thanks to Edward Bernays, the modern father of propaganda. The Father of Spin viewed humans as little more than animals with instincts that they could not control, so Bernays set out to control them for the masses and to use them to his advantage and agenda, ruled by an elite minority of course. Society was ‘irrational’ and ‘dangerous’ due to their ‘herd instinct’ and as an elitist, Bernays used the art of public relations to utilize their instincts to better the collective. As Glenn Beck deftly put it, the last 100 years have been nothing more than one big lie manufactured by a propagandic genius – Bernays. The truth has no agenda, but Bernays certainly did. {…}

Enter Cass Sunstein, our Bernays of the 21st century. Sunstein is our regulatory czar and you will see much more of him here on NoisyRoom in the coming weeks. We are in the beginning stages of research into all things Sunstein for KeyWiki and there is no shortage of information on him. He virtually controls almost everything in America – you can see his fingerprints everywhere these days from food, to animal rights, to the EPA, to land confiscation… He is ‘nudging’ us into a tyrannical existence under a gigantic, power wielding government. He is certainly the most dangerous and powerful man in American politics today. A more fitting title for him would be Master of Propaganda, which he utilizes at every turn. Not for individuals who pay him; no for a greater cause… The Progressive cause of a Marxist government that is a flavor of national socialism and that knows what is best for Americans. What Bernays was to the last 100 years, Sunstein will be to the next 100. Perhaps much more, as he holds the ultimate power of regulation and control in the US which can in fact, simply bypass our Constitutional safeguards.

Our non-Council winner was Sense Of Events for Seahawks Fall To Climate Of Hate In Chicago …all I can say is …oh, the humanity!

Snapped Shot was unable to vote this week, but was not affected by the mandatory 2/3 vote penalty.

One thought on “The Council Has Spoken!!”