Go to: www.obamasacommie.com to purchase an MP3 download of “Mommy, Mommy Obama’s a Commie!” or the entire CD album, “Is It Too Late?” 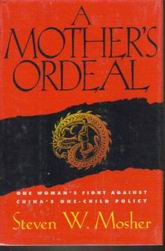 America is shocked, shocked! Kermit Gosnell, a 69 year old abortion doctor, was arrested last week, charged with killing seven babies and causing the death of a woman during a botched abortion. An illegal, late-term abortion. Prosecutors are accusing Gosnell of using scissors to snip the spinal cords of 7 babies who were inconveniently born alive.

CBS news reports that “Gosnell is suspected of killing hundreds of living babies over the course of his 30-year practice.” Surprisingly, this story is being reported in all its gruesome details by the mainstream media. The same media who, for decades, have reported on abortion issues only in the context of “women’s rights” and “choice.”

As Americans gasp in horror over the sordid details of killing living babies and tossing them in the trash, our President is wining and dining a man who is responsible for enabling thousands of Kermit Gosnells. I refer to Chinese President Hu Jintao. And China’s 40 year-old policy, yawn, of forced abortions.

In the early 80’s, China decided they had to cut down on their burgeoning population. They instituted a “one-child” policy, decreeing that no woman was allowed to have more than one child.

In order to enforce this draconian policy, every village in China appointed a population control officer, whose responsibility was to enforce this rule. If a woman was caught trying to have more than one child, the penalties ranged from economic penalties to burning down her house. If the woman persisted in giving birth, her whole village was penalized.

Steven Mosher of the Population Research Institute, is the only living American witness to this forced abortion policy. Living in rural Guangdong in 1980, Mosher viewed (and documented) the killing huts – the huts where 9-month pregnant women were forced to go in order to have poison injected into their wombs. The women had to wait in these huts 24 hours, or until the poison forced the baby out of her womb.

If the baby was alive, it was placed in a pail of boiling water. Others were placed in an airtight jar. One particularly zealous doctor, Dr. Yin, induced premature labor. When the baby crowned, he would inject pure formaldehyde through the fontanel directly into the babies’ brain. Other babies inconveniently born alive were tossed into a pile, where they cried for many hours before finally taking their last breaths.

China practiced varying methods of abortion and prevention to find the most efficient way to destroy these unwanted babies. And they were successful. It has been estimated that 1.7 million female babies “went missing” every year, through abortion, and/or murder by parents who needed a boy baby to take care of them in their old age.

This policy does not stop at China’s borders. Chin An, (not her real name) the population control officer of a small village whose story was chronicled by Mosher in ‘A Mother’s Ordeal,’ was granted a visa to join her husband in America. She then found that she was pregnant. Having already had her quota of one child, she found that, even in America, she was being watched by Chinese agents, who informed her that her family in China and all the workers in the factory she used to work with would be punished if she had this second child.

Obama told the American people that there has been an “evolution” in human rights in China over the last three decades, saying China is willing to have a dialogue on the issue on the basis of mutual respect and non-interference into China’s internal affairs.

Translation: China has warned America, once again, to keep its nose out of China’s business. As for the “mutual respect,” it appears the respect is only one sided.

The People’s Daily, on the eve of Chinese President Hu Jintao’s state visit to Washington published glaring headlines: “U.S. No. 1 No More.” The article went on to boast how “China’s emergence is increasingly shifting to debate over how the world will treat China, which is the world’s No. 1 and has overtaken the U.S.”

Compounding the lack of respect portrayed by China, the Chinese pianist at the state dinner played a tune that all Chinese recognize as encouraging hatred of the United States as the enemy of China.

Obama wasn’t even aware that he was being portrayed as a fool for displaying such fawning deference to a man who was blatantly disrespecting him for all the world to see.

Instead, our president appears to agree with Hu Jintao. Last week, Obama acknowledged the decline of US dominance. He then went on to welcome China’s rise on the global stage. And no wonder. China is a model Obama would have America emulate. Time Magazine posted a fawning article about the new model of “state capitalism” being practiced in China. Holding it up as a model for America.

Based on his own writings, Obama would dearly love to implement China’s policies here in America. In China, citizens are forced to place fealty to the state over fealty to God. In China, the state rules with an iron hand, and those who dissent are silenced. No need for national conversations on vital issues. No Fox News or Glenn Becks. No pesky Christians advocating morality and adherence to God’s word. Just absolute obedience to the state. In all things.

This is the utopia the left yearns for. This is the path Obama wants America to take. A path strewn with the dead bodies of babies, dissidents and anyone who dares question the supremacy of the divine leader.

American’s beware. And to all you young Americans who dream of having large families, you’d better hurry up.

This article was first published in American Thinker on January 23, 2011 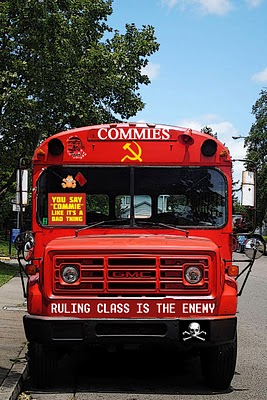 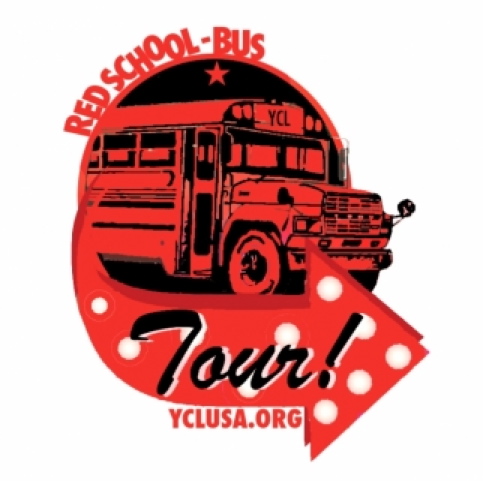 The Food Irradiation Plot: Why the USDA Wants to Sterilize Fresh Produce and Turn Live Foods into Dead Foods (Hat Tip: Brian B.)

In Montana, a plan to empower local sheriffs

Is It Strange That FEMA Wants to Buy 140 Million Packaged Meals with a Shelf Life Only 36 Months for a Specific Disaster Scenario? (Hat Tip: Jean Stoner)

The Shanghai Market Is Continuing Its Relentless Decline

GDP Is Rising, But There’s No Way We Can Sustain This Growth

Horrible News For Chocolate Lovers, As Cocoa Futures Are Ripping Higher Over Night

Faceoff! States tell feds to back down

Finally, It’s the Fed That Has Become Too Big to Fail

FAA warns of ongoing GPS issues in southeastern US due to Defense Department ‘tests’ (Hat Tip: Brian B.)

Obama needs to address our cyber-warfare gap with China

The World from The Hill: U.N. funding an early target for House Republicans

Lack of business in the Gulf costing billions

The March for Life 2011: America’s REAL rally to restore hope and sanity

As If The Fed Planned To Do It All Wrong (Hat Tip: Brian B.)

PM go and ‘let the Muslims take over’ (Hat Tip: Brian B.)

Paulson Made More Than $1 Billion on Citigroup Stake

Canada’s `Petro-Currency’ Taking Shine to Metals: Chart of the Day

GM’s China sales pass US for first time in history

China ‘on Collision Course’ with USA

Broadband cable on its way to unplugged Cuba

Change! Only 28% of Americans (Far Left & Media) Believe Obama Has Same Priorities As They Do

The US was humiliated in eyes of Chinese by a song used to inspire anti-Americanism at the Obama State Dinner for Hu Jintao.

Economy News Nightmare: 20 Things That You Should Not Read If You Do Not Want To Become Very Angry

Huge Numbers Of Dead Animals, Dead Birds And Dead Fish – What In The World Is Happening Out There?

Mozilla Leads the Way on Do Not Track (Hat Tip: Brian B.)

BUSTED: Texas Was The #1 Stimulus Moocher

The Irish Election Doomsday Option That Could Trigger A Constitutional Crisis

MAP OF THE DAY: This Will Be The Dominant Trade Route Of The Future

The Latest Goldman Scandal: Did A Goldman Sachs Guy Pay A Kickback So The Firm Could Underwrite Government Securities?

The “Independent” Fed Admits The Truth

What Really Happened to 15 Million Jobs?

Which Of The Currencies Of The World Is Going To Crash First?

The Politics of Deflation

A Path is Sought for States to Escape their Debt Burdens