In a move clearly signaling that planning for the 2012 Presidential election is underway, President Barack Obama’s “go to” man, Patrick Gaspard, is leaving the White House to serve as Executive Director of the Democratic National Committee. 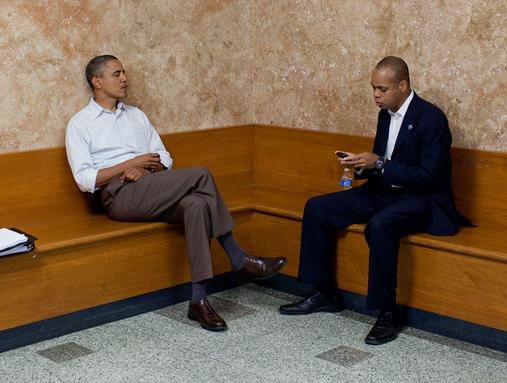 In a January 20 email to the Democratic Party faithful, D.N.C. chairman Tim Kaine wrote of Gaspard:

Patrick Gaspard is a great person. He is a key Assistant to President Obama, having served as the Political Director of the White House for the last two years and before that as Political Director to President Obama’s campaign. He understands the importance of grassroots politics and team building. He is someone with whom I have worked closely and I look forward to working with him even more closely at the DNC.

Gaspard’s move also signals the almost complete acceptance of hard left and labor union influence in the upper reaches of the Democratic Party. In embracing Gaspard, the D.N.C. has surrendered its “commanding heights” to the Party’s almost completely dominant far left.

While never a proven member of any of the several radical and Marxist organizations operating within and around the Democratic Party, Gaspard has worked with several of the most influential.

He is undoubtedly a servant of the far left.

Patrick Gaspard was reportedly born in Kinshasa, Zaire, after his father, a political opponent of the Duvalier dictatorship in Haiti, fled there.

Patrick Gaspard’s father moved with his wife from Haiti to “post-liberation” Zaire, when its pro-communist leader, Patrice Lumumba, appealed to French-speaking academics of African descent to teach in the impoverished nation. 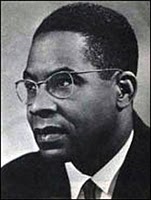 Cesaire also mentored the anti-colonialist Marxist theorist Frantz Fanon, of whom Obama wrote admiringly in his autobiography, Dreams From My Fathers.

Patrick Gaspard got his start in politics in the mid-1980s, organizing demonstrations in New York City for “social justice” in Haiti.

He got his first taste of campaign work in the 1988 presidential campaign of Rev. Jesse Jackson – who, like Obama, was a product of the Chicago socialist/communist machine.

Patrick Gaspard went on to David Dinkins’ first New York mayoral race, as an intern in Dinkins’ office and then to City Hall, when Dinkins won the New York Mayoralty.

Dinkins was at the time, a member of the largest Marxist organization in the U.S., Democratic Socialists of America.

In 1999, Lopez loaned Gaspard out to help Local 1199 of the Service Employees International Union to organize a march in protest of the police shooting death of Amadou Diallo, a Guinean immigrant.

Gaspard was allegedly a key organizer of the civil disorder that followed Diallo’s death.

The SEIU Local 1199 was one of the central organizers of the civil unrest that followed, and its president Dennis Rivera asked Gaspard to coordinate those efforts.

Dennis Rivera, later recruited Gaspard to the union – where he rose to the rank of union Executive Vice President.

It is important to note that Local 1199, isn’t just any labor union, it New York’s most powerful and socialist labor union.

Founded in 1932, the union was led by members of the far left from the start and was investigated in 1948 by the House Un-American Activities Committee for Communist “infiltration.”

At a March 2007 meeting to celebrate the Communist Party USA donation of its papers to New York’s Tamiment Library, Steve Kramer, executive vice president of Local 1199, spoke of the Communist Party’s role in building and maintaining his union.

Recounting 1199’s ”disastrous” 1984 strike and internal strife in which ”the union almost tore itself up,” Kramer said that but for the party’s efforts, “1199 would have been a small union.” Today, with nearly 300,000 members, it is the world’s largest union local.

When the Communist Party split in 1991, several Local 1199 officials joined the dissenting faction and took many comrades into the breakaway Committees of Correspondence.

Friedman, Pizarro, Jacques and Garcia all went on to support Committees of Correspondence.

Pizarro also went on to help found the radical New Party, which Barack Obama helped establish in Chicago in the early 1990s.

Also of note is the late Merrilee Milstein, who was from 1972 to 1994, Vice President of the New England Local 1199. Milstein was a hard left activist in her own right and was married to Communist Party member Brian Steinberg.

Barack Obama was one of Demos’ first Trustees when it was established in 1999.

Gerry Hudson, now a vice president of SEIU, also got his start at Local 1199 in New York. Hudson is a member of Democratic Socialists of America and also serves on the board of the Apollo Alliance – founded by Obama’s former “Green Jobs Czar” Van Jones. 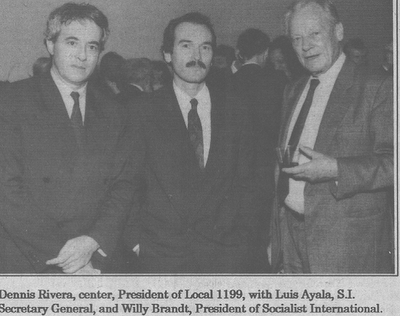 At the October 1990 gathering of the Socialist International in New York, Dennis Rivera, “graciously welcomed the delegates on behalf of his 75,000 member union.”

Clarke is now a member of the far left Congressional Progressive Caucus – which was founded in 1991, by Bernie Sanders and Democratic Socialists of America.

In 1995, Patrick Gaspard was an organizer for the New Jersey chapter of the New Party, a creation of ACORN, SEIU , D.S.A. and the Committees of Correspondence.

By 2001, Gaspard was a leading activist in the New Party offshoot, the New York Working Families Party – a DSA/ACORN/Committees of Correspondence/Communist Party collaboration.

Gaspard and Bertha Lewis of ACORN, wrote a letter to the July 2, 2001 issue of The Nation.

According to Democratic Socialists of America’s Democratic Left issue of Summer 2001:

Veterans of the left will remember that the 1968 Peace and Freedom Party and the 1980 Citizens Party arose at moments of greater left-wing strength and did not significantly alter the national electoral landscape. Nor has, unfortunately, the New Party, which many DSAers work with in states where “fusion” of third party and major party votes is possible (such as the DSA co-sponsored Working Families Party in N.Y. State).

A series of well-attended workshops detailed the nuts-and-bolts of electoral activism, lead by veteran campaigners from trade unions and the NY DSA-affiliated fusion Working Families Party.

Speakers at Life after Bush included:

DSA member, Jay Mazur, is also prominent in the Working Families Party and is also an endorser of the Progressives for Obama website.

Patrick Gaspard, was until recently listed on the advisory board of the WFP-aligned Center for Working Families, alongside:

Barack Obama, as a young man, admired third world revolutionaries like Frantz Fanon. He went into community organizing and the DSA/Committees of Correspondence-aligned Chicago left, before moving on to the White House.

Patrick Gaspard, as a young man, admired third world revolutionaries like Aime Cesaire. He went into radical organizing and mixed with the DSA/Committees of Correspondence-aligned New York left, before moving on to the White House.

Patrick Gaspard was “made” by the same socialist “mafia” who made Barack Obama.

Now these socialist “twin souls” face the struggle of their lives, the war for the White House 2012.

Obama cannot succeed in 2012 without complete control of the Democratic Party machine. He’ll surely be sleeping a little easier now, knowing that Patrick Gaspard is back over at the DNC.