Hager is regarded as an international expert on Western spy bases. He has testified before the European Parliament, lectured widely and has written many articles and books on the subject.

While cultivating an image of a dispassionate observer concerned only for peace and civil liberties, Hager’s background belies that image.

During the early 1980s, Hager was a leader involved in the pro-Sandinista Wellington Nicaragua Solidarity Committee. He was also involved in several groups associated with the Workers Communist League, a rabidly Maoist group notorious for their anti-American, anti-Israeli and pro-Palestinian activities. 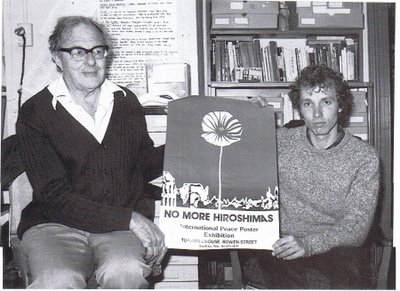 Later, like many former W.C.L. affiliates, Hager was later involved in anarchist-connected “peace” and environmental causes.

One of his main projects for many years was campaigning against the US satellite tracking base at Waihopai in New Zealand’s South Island.

Now Hager is busily trying to hinder Israel’s attempts to monitor their many enemies in the region.

If Nicky Hager attempted this sort of stunt in any other country in the Middle East, he would be jailed or deported by now. 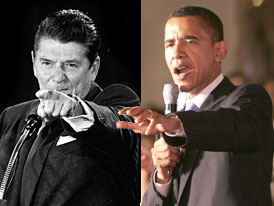 While President Ronald Reagan’s name and visage is being invoked to sell Socialist policies (something that must have him turning in his Simi Valley grave), his own son writes that his father had Alzheimer’s disease while still president.

Poor Nancy. This must be developing into an annus horribilus.

Here’s one way we can let her know that we hold her late husband in higher esteem than this.

Send me your personal birthday message to Mrs. Reagan on the occasion of her “Ronnie’s” special day — his 100th birthday observance coming up on Feb. 6th. We’ll print your messages on patriotic stationery and include it in a package wrapped with a red, white, and blue bow and send it to Reagan family friend Burt Boyar who will hand deliver it to Mrs. Reagan.

Because this is RR’s 100th, I’m sure you’ll want to make this a memorable moment for First Lady Nancy Reagan.

But hurry! DEADLINE to send your birthday wishes is tomorrow night at midnight — THIS FRIDAY, Jan. 28. Send your comments to me at [email protected] 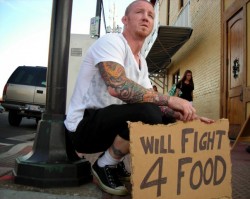 If you read anything today, make sure it is this article:

Is This What The Whole Country Is Going To Look Like After The Economy Collapses?: 4 Restaurant Brawl Videos That Are So Wild You Won’t Believe They Happened In America

I fear time is short. America is beginning to come apart at the seams and if we collapse financially, all bets are off. This is disgusting – what’s wrong with these people? Here are the videos – some of these have already been on our blog:

In front of a NYC Restaurant

From: The New Editor

This is criminal! Watch this C-SPAN clip: FOPA Hughes Amendment Vote on April 10, 1986. Here you can see how Chairman Charles Rangel (D.-NY) ram-rodded through a Federal machinegun freeze that clearly failed both a voice vote and a recorded vote. We are now saddled with an onerous law that is not only unconstitutional, but that also was NEVER PASSSED!

The Blaze: Swiss Investor: ‘Foreigners Laugh’ as Obama ‘Prostitutes Himself’

Gateway Pundit: Whoa!… Sarah Palin on Obama’s SOTU Speech: “WTF Was Spot-On… There Were a Lot of WTF Moments In That Speech” (Video)

The Blaze: ‘WTF?‘ Why Does Palin Keep Saying ’WTF‘ About Obama’s WTF Speech?