Gateway Pundit: Hannity on SOTU: It Was the First Time in History That a US President Touted Success of Two Communist Regimes (Video)

It Was Historic: Obama Cheers Maoist Song at WH State Dinner & Praises Commie China In SOTU… All in One Week 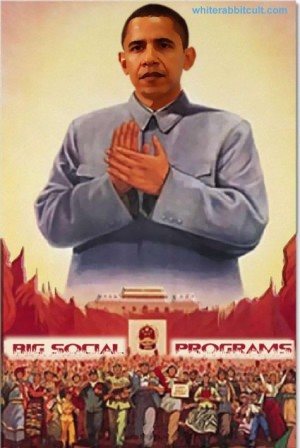 Heresy and lies. Reagan wouldn’t be caught dead (no pun intended) with Obama. Reagan was a conservative constitutionalist – Obama is a progressive/socialist/Marxist. There’s a world of difference.

Spin it all you want guys, Americans are just not stupid enough to believe that Obama has seen the light and turned right.

Foreclosure activity up across metro areas

University Gets Grant From DoD To Grow ‘Bomb-Detecting Vegetation’

Richard Russell: The Dollar Has Lost All Stability And Is Ready For A Crash

The Crash In Egypt Is Accelerating Trading was halted earlier today on the Egyptian stock market.

FOMC Announcement: No Change, QE Shall Go On

After 19 Months And 700 Witnesses, The FCIC Totally Missed The Point On What Caused The Crisis

Mystery on the Border as ‘Bomber’ Book Found

Egypt Is Crashing For The Second Day In A Row, And Now The Market Is Halted

The Egyptian Market Reopens, And Now Stocks Are off 7.77%

The Crash In Egypt Is Accelerating

Amazingly, The Majority Of Investors Still Think Washington Will Save A State From Default

US Futures Slipping, And PIIGS Debt Widening After The Japan Downgrade

Too Tough to Cut?

Watchdog: Social Security Faces $45 Billion in Debt This Year, Will be Drained by 2037

Soros: Higher Commodity Prices Likely for ‘a Couple of Years’

It Was Historic: Obama Cheers Maoist Song at WH State Dinner & Praises Commie China In SOTU… All in One Week

The Obama Presidency remains in a dangerous state of denial

Morning Bell: Conservatives Must Lead Where Obama Has Failed

First They Came for the Lasers…

Shut Down The Federal Reserve, Break Up The Big Banks And 16 Other Ideas Barack Obama Could Have Proposed If He Actually Wanted To Fix The Economy

Finally, It’s the Fed That Has Become Too Big to Fail

Gold Holdings in ETPs Plunge Amid Signs of Recovery

Nevada Unemployment: The Worst Gets Worse

Is this what you want in America? Well, America has opened her arms wide to these barbarians and honor killings and worse happen right here on our soil. This is horrific. Stoning is a slow, tortuous death. There is nothing holy about this, more like from the hell mouth itself.

Stoned to death with her lover: Horrific video of execution of girl, 19, killed by Afghan Taliban for running away from arranged marriage 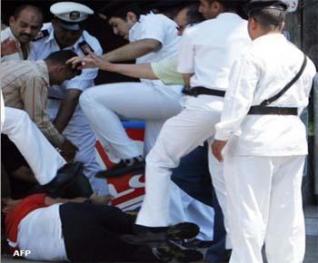 In Egypt, at this moment, most cell phone and texting services have been suspended and Twitter usage has been entirely shut down by the state regime as people across Egypt rally in the streets in a second day of protests.

Regime police using pressurized hoses to jet ice cold water into the crowd, scattered protesters yesterday and at least seven people were killed in the street.

In light of the people’s revolution occurring in Egypt at this moment (similar to Tunisia last week) and the Egyptians who are finally asking for their freedom and liberty from a thirty-year dictator who destroyed the economy, culture and the people’s dignity, Voice of the Copts demands justice by calling for the arrest of Mubarak and his family members and all other regime members who took part in the damage and ruination of Egypt along with a freeze of all their assets inside and outside the country of Egypt.

We are also demanding that all Western countries refuse acceptance of any member of Mubarak’s family as well as any regime member fleeing from Egypt.

Voice of the Copts condemns Mubarak and his regime partner members for attempting a genocidal plan against the Copts of Egypt and exporting terrorists to the free world to destabilize European countries as well as the United States of America and open opportunity for Islamic infiltration and Islamic supremacy.

Furthermore, for Egypt’s arrest of Egyptian intellectuals and freedom fighters, Voice of the Copts demands that all Western countries freeze diplomatic relations with the current Mubarak regime in a sign of solidarity to those oppressed, discriminated against and persecuted in Egypt.

Voice of the Copts demands that all Western leaders who believe in freedom and human rights, extend their hand and power to help those who for over half a century suffered from an illegitimate system that took power over Egypt with false statements of religious freedom and harmony between Muslims and non-Muslims and ruled the country in hypocrisy.

In addition, Voice of the Copts requests that the international criminal courts begin to take action to bring justice to the people regarding atrocities committed by Mubarak and his regime. 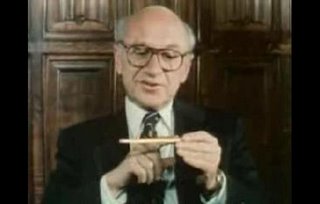 More from this morning’s email (and you’re getting the benefit!)

Many of you, especially you Glenn Beck fans, are familiar with the “Cloward-Piven Strategy”, the leftist-intellectual-couple’s 1966 method of overwhelming the system as a way to replace the federal welfare system with a guaranteed annual “salary”.

National Review Online yesterday posted a clip from a TV series that Milton Friedman produced in 1980, which was part documentary and part intellectual discussion on free enterprise vs. centralization called “Free to Choose”. In one of the discussion clips, Friedman debates Frances Fox Piven (when she was a professor at Boston University) and other academic intellectuals.

There’s also a clip that includes a debate with Thomas Sowell, who becomes extremely agitated with Piven, as does Friedman. These are two of the Right’s greatest intellectuals going up against one of the Left’s most radical and influential intellectuals. (In my opinion, Friedman and Sowell make mince meat of Piven, and Sowell’s attack on her is cheer-worthy.) Substance of the arguments aside, I found it interesting that throughout the discussion, Piven appears to be in a state of constant anger, with an irremovable scowl, which contrasts with both Friedman’s and Sowell’s more relaxed body language and frequent smiles. Just a telling observation.

These short clips, which I thoroughly enjoyed, led me to begin watching the entire “Free to Choose” series. I watched the first two episodes last night, and they were brilliant. (A young CEO named Donald Rumsfeld appears in one of the discussions, along with politicians, business leaders, academics, and other Ruling Class types.)

In my view, there’s no better debater and teacher of free market principles than Friedman. He’s more than an economist, he’s a big picture guy who understands human nature. I certainly relate to the way he thinks, even while he’s 10 times more intelligent and knowledgeable than I am.

This show is 31 years old now, but everything here is just as relevant today. These are timeless principles, and it shows that some things never change.

Watching this also made me long for a period where the discussions on these topics were more reasoned and more informed than what we see today on the cable talk shows. These were intellectual giants who were able to make a coherent argument and carry on a civilized discussion without constant interruption and a desire for sound bites.

So if you have a nerdy streak, like me, I think you’ll really enjoy this.

Here’s a 9 min clip of Friedman and Sowell taking on Piven:

Here’s a clip of Sowell slamming Piven over equality of outcome:

Here is the first of 10 hour-long episodes (I’m confident you can find the other 9 without my help):

Jackson is an unrepentant Marxist/progressive. They are fully out in the open now as you will hear in the above video.