Greatest Moments in Liberal History Part 1 from RightChange on Vimeo.

The Big Audition from RightChange on Vimeo. 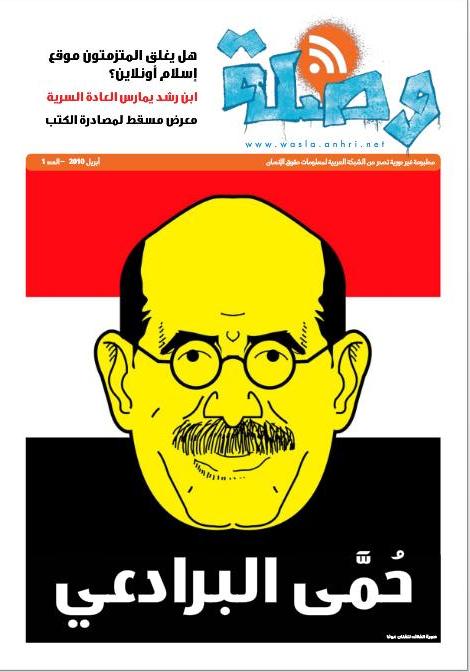 Riots. We are seeing them erupt throughout the Middle East everywhere we look: Tunisia, Algeria, Albania, Yemen, Jordan and of course, Egypt. And in the wings, drooling with horrific glee, Iran is pushing and prodding for a Muslim uprising to oust the enemies of Islam – primarily the US and Israel – using their Muslim Brotherhood henchmen and utilizing Hezbollah and Hamas. And Iran’s chosen vessel for Egypt – Mohamed ElBaradei, who, until a day or two ago, was under house arrest.

You remember ElBaradei right? He’s the tool for the IAEA who kept giving blessings to Iran and their nuclear program. But I’m sure he’s a good guy – he has a Nobel Peace Prize just like Obama does. Wait a minute… On second thought, I guess that designation is pretty much a joke currently. I’m also sure it is a huge coincidence that George Soros and ElBaradei both sit on the Board of Trustees for the International Crisis Group.

By all accounts, Mubarak is a vicious dictator who routinely uses torture and murder to achieve his goals. The brutal Egyptian police are the feared enforcers for Mubarak and now they have all but disappeared from the streets, leaving Egyptians to protect themselves from roving gangs and militant Muslims who were freed from the prisons by radical Islamists. He needs to go, but G-d forbid he is replaced by Islamofascists. Since the Muslim Brotherhood is approximately 20% of the rioters and the Coptic Christians are about 20%, there is hope for a free government to be put in place. But much is in doubt.

Side note: Why does the media keep calling the Egyptians who are protecting their homes and families vigilantes? A vigilante is someone who illegally punishes an alleged lawbreaker, or participates in a group which metes out extralegal punishment to an alleged lawbreaker. That word unjustly labels these people as criminals which they are not. Wouldn’t you protect your home and family if it was you? Of course you would…

Let us return to the beginning of the riots. I have seen many who are asking who started all this in Egypt, including Walid Phares on Fox News last night. That’s a very good question. And Phares stated that he believed it was bloggers on Facebook who began the riots. Curious, I started to dig and I believe he has stumbled upon something.

In April of 2010, a weekly magazine aiming to link Arab bloggers with politicians, the elderly and the elite was launched in Egypt. The weekly Wasla – or “The Link” – is being heralded as a first for the Arab world, with plans for articles by bloggers as a way of giving them a wider readership. I understand that only 50 issues were planned. Sounds like just enough to accomplish an intended goal. 1,000 copies are planned for distribution to political, academic and literary circles.

Wasla is published by the Arabic Network for Human Rights Information and financially supported by the Open Society Institute created by none other than George Soros. That wasn’t very long ago and Soros has a definite track record of rallying the youth to create chaos and revolt. This is a link between Soros and Egypt and the other riots as well. Of course, he is several levels removed as he always is, but this has his telltale stamp on it as well as his documented financial support.

If bloggers on Facebook started the riots, Wasla and ANHRI could well be involved. I don’t read Egyptian or Arabic so I cannot know for certain. But I do know this, Soros always cloaks the implementation of revolutions in human rights. The names of his front groups are always misleading and usually state the opposite of what he does.

Look at the links here:

Get it now? Not good.

The Western nations that think ElBaradei will be a leader they can trust had better hope that ElBaradei can deal with the Islamists in his own backyard better than the ones in Tehran. He seems more like a convenient beard for the Muslim Brotherhood at this point than a charismatic revolutionary leader for democracy and personal liberty. Obama and the EU don’t have many choices here — in fact, they have none at all, really — but ElBaradei is a long shot at best to survive as leader of a free Egypt.

Update (AP): Sounds like the Muslim Brotherhood has decided on its cat’s paw.

The Muslim Brotherhood on Sunday threw its support behind Egyptian opposition figure Mohamed ElBaradei to hold proposed negotiations with the government in order to form a unity government.

Read Morrissey’s post all the way through. We seem to be in complete agreement on this issue and besides he’s one hell of a writer and there are a lot more pieces in this puzzle than you are seeing in the media.

“You have to include them like, you know, new evangelical, you know, groups in the U.S., like the orthodox Jews in Jerusalem,” ElBaradei said.

He said the Islamists were “not at all” behind the uprising.

Is Soros somewhere behind this lurking with another of his regime collapse scenarios? Every piece of information and evidence I see adds up to it. Here’s a refresher on his 5 step plan for a regime collapse:

Sounds eerily similar to the riots in Egypt currently doesn’t it? Do you think it is possible that Mubarak shut down the Internet to stop the bloggers from continuing the riots? That I don’t know, but it is a possibility. Doesn’t make it okay by any means, but it does show a level of desperation and a knowledge of who was behind the original flash point.

Once again, a country is devolving into violence and revolution. Only this time it is spreading throughout the Middle East and it could have deadly consequences for Israel and the US. Many of the people in Egypt are starving or hungry. Inflation and food prices are going through the roof. They can’t find jobs. When people get hungry and desperate, all bets are off. You will always find the likes of anarchists, communists, Marxists (CodePink is now in Egypt) and of course George Soros, just waiting to offer their help; waiting for that perfect moment to make their move to create chaos so they can grab more power and more wealth. It may be that the monster Soros is rockin’ the Casbah right now and it is getting ready to explode. 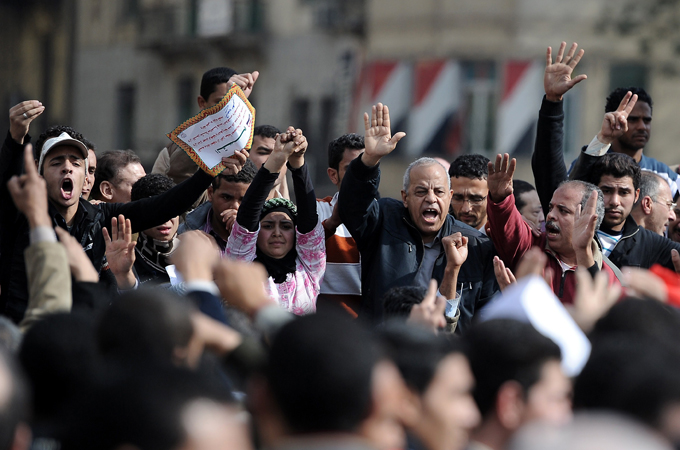 The hidden hand that rocks the Casbah, could rule the Middle East and beyond…

New Zeal: Of Philanthropists and Monsters – Rockin’ the Casbah

The Silicon Graybeard: Is George Soros Behind the Egyptian Situation?

The production of this video is not brilliant, but the message is entirely accurate.

To understand communism, you must understand the dialectic. “Progressives” move the world through a dialectic approach that involves periods of pressure, periods of “progress” and just as importantly, periods of strategic retreat. Obama’s “state of the union” speech was a good example of this. Some “centrist,” even “conservative” rhetoric, designed to weaken and divide his opposition in preparation for the next “progressive” assault.

Also the concept of “negation.” Right now both the Chinese and the Russians have “negated” their previous “modus operandi.” When will they “negate” the “negation” and return to more obviously “communist” patterns of behavior? Answer – when they think the time is right to strike a huge and probably fatal “hammer” blow against the U.S.

This video is worth viewing several times, to fully understand the way history is currently unfolding.

Please make the effort. There is much at stake.