The Communist Party USA has re-issued its annual call for “African-Americans” to join the Party. 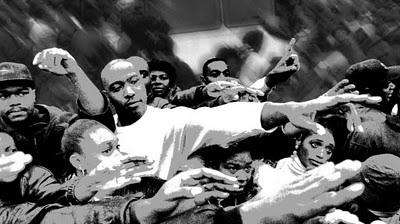 An Invitation to African Americans from the Communist Party

Join the Party of change, struggle and commitment to freedom and equality, the Communist party USA.

Our country is facing its greatest crisis since the 1930s. At the same time, the moment is filled with great hope and possibility. The crisis was caused by capitalism and Wall Street greed. The solution to it is being born in today’s unprecedented mass movement for change.

Capitalism breeds racism, unemployment and war, but it also creates the possibility for solving these problems, but not without struggle involving millions of working-class people. The Communist Party understands this and has a program that calls for fundamentally transforming our society and using its great wealth to meet human needs.

Today we believe that all people Black, Latino, Native American, Asian and white must unite and fight for an economic recovery that puts peoples needs before corporate greed. This recovery must be one that places affirmative action and good paying union jobs at its center.

Today, the CPUSA is involved at the grass roots in the fight to bail out Main Street, not Wall Street. We are also involved in the fight to end the war in Iraq, and in the movement for national health care, ending immigrant bashing, police violence and anti-LGBT hatred.

A little ‘racist’ don’t you think?

Interesting and heated debate between David Horowitz and Suhail Khan on Hannity Radio.

Carter Vouches for the Muslim Brotherhood: Totally in Cahoots With Terrorists Like Hamas but ‘Not Anything to Be Afraid of’ in Egypt