From: The Daily Beck

Raiders of the Lost Mubarak from RightChange on Vimeo. 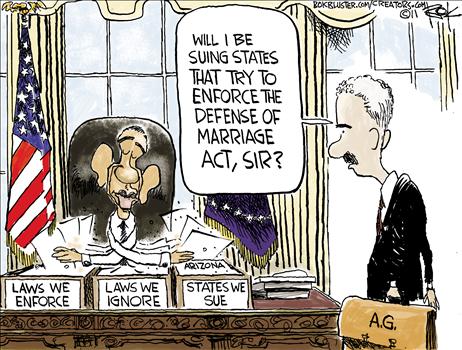 Time travel is possible; today the clock went back to when U.S. military personnel were coming home from an unpopular war in Vietnam. Some of you might not remember how our servicemen were the focus of public ridicule from those involved in the anti-war movement. “Baby killer!”

Those who wore the uniform and did their jobs already were disillusioned; having put themselves in harm’s way knowing our government had no intention of winning. They came home, making their way through busy airport terminals filled with hateful rhetoric from their fellow citizens. The atmosphere of contempt caused much more damage than bullets and bombs.

There was a “thread” of comments on Facebook the past couple of days which originally had to do with the teacher’s strike and union protests going on in Wisconsin. My thoughts had to do with the disparity in pay between our service men and women compared with teachers. Teachers are complaining they deserved better treatment and their unions are pushing the collective bargaining chip to the edge. Soldiers on the other hand make an insultingly low amount of money and do it for love of country.

Some elitist followed my criticism with a poorly chosen remark, something along the lines that teachers are college graduates and add their abilities to make society better while those in the military are ignorant and only good for cannon fodder. I felt the veins in my neck begin to bulge as the time machine took me back; brave soldiers returning home, some with arms and legs missing, others in body bags; and here was some elitist defending striking teachers and calling our young soldiers useless and good only for cannon fodder.

There was a story out of Germany this morning on Fox News, something about a terrorist who opened fire on a bus filled with U.S. military personnel. Two Airmen were killed and others were wounded, one seriously.

“A source tells Fox News that the shooter yelled “Allah Akbar” when opening fire on the U.S. military personnel. He then dropped his gun at the scene, ran into the terminal and was subdued.”

I suppose we should be grateful the bus wasn’t filled with striking teachers; that would have been a terrible loss. As it stands, we only lost a couple of less than important dolts good only for cannon fodder. My blood pressure is on the rise, so maybe I should put this article down and come back when I’m not so angry.

In a related article, found on KPRC’s website, a Houston Police officer has been relieved of duty for allegedly tossing a tear gas canister into a tent full of people at the Rodeo. Normally I restrain myself from commenting on police matters that are “on-going” out of respect for the system which permits an unbiased outcome for all involved. Apparently the officer has not denied his involvement and made a statement which explained the incident to some degree; not a very good explanation and it will likely cost him his job and perhaps criminal charges as well.

“HPD sources familiar with the investigation said Officer Mike Hamby, 51, then admitted to that senior ranking HPD officer that he had set off the tear gas to retaliate against people inside that tent, whom Hamby felt had made remarks against the military.”

I don’t think I’ve ever met Officer Hamby and it is not part of police training to “get even” with folks who disparage those who serve our country. My guess is he’d had enough of the anti-American mud slinging, folks saying our young servicemen and women were good only for cannon fodder. As a citizen and retired police officer, there is no excuse for allegedly tossing a tear gas canister into a crowd of foul mouthed anti-American elitists; but then again…