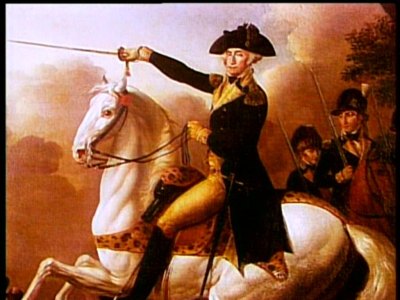 The seeds of revolution are planted and watered by government tyranny. It is the inherent nature of government to grow and assume more and more power. This is not new, but has existed from the beginning. The limit of government power is determined by what the people are willing to tolerate. People, especially the people who founded this nation, correctly understood that the rights of the people came from God, not from the government. The sole legitimate function of the government is the protection of the God-given rights of the people. This concept is firmly embedded in the opening paragraph of our Declaration of Independence.

“We hold these truths to be self-evident, that all men are created equal, that they are endowed by their Creator with certain unalien­able rights, that among these are life, liberty and the pursuit of happiness. That to secure these rights, governments are instituted among men, deriving their just powers from the consent of the gov­erned.”

When people are happy and satisfied, there is peace in the land. But as dissatisfaction with their circumstances increase, so does the tendency to revolt. Revolution does not begin in a day, but over an extended period of time. Many people mistakenly believe that the American Revolution began in 1776. The truth is that revolution must first take place in the minds of the people before a shooting revolution can ever begin. In that sense, the American Revolution actually began in 1760 when King George III, along with the British Parliament, began placing more and more restrictions on the American colonist. All revolutions follow the same path. Dissatisfaction becomes discord. Discord becomes resolution. Resolution, if not satisfied, becomes revolution. The American Revolution followed this same path over a period of fifteen years.

Today, we stand in the shoes of our founding fathers. They understood the source of their rights and, what is more, they understood that a nation is only as strong as the morality of the people. Two great institutions, both ordained by God, have been the strength of America and the bedrock on which our nation has prospered. These two institutions are the traditional family and the church, specifically Christianity. It is correct to say that this nation was founded upon Judeo-Christian principles. Therein lies our strength and our greatness. Those who would seek to destroy us, understand that these two institutions must be destroyed before morality, essential to freedom, can be broken down and destroyed. It is for this reason that we are seeing a concerted attack on traditional marriage and Christianity.

Coupled with this, and working in conjunction, is the growth of government and the increasing desire for more and more power. This is exactly what we are witnessing today. An unholy alliance is being formed between big government and big unions to set themselves up as being above the average people and dedicated to the growth of their power. Unlimited power leads to tyranny. We see mobs, representing a collection of minorities, seeking to impose their values on the people of America. What these uneducated and misguided individuals fail to understand is that there is a limit to how far the American people can be pushed. The Second American revolution began in the sixties with a dedicated minority demanding the right to practice evil without suffering the consequences. Today they are an arm of the far left which controls the Democratic Party. What they fail to understand is that tyranny breeds resistance. The American people have reached their limit as can easily be seen in the rise of the Tea Parties and other like organizations across the nation.

Yes, revolution is coming to America, but not an armed revolution, unless it is forced on We the People. In 2012, we will go to the ballot box by the millions. 2010 was but a taste of things to come. Party labels become meaningless when dealing with an overgrown and tyrannical government. This government has forgotten the reason for its existence and the time has come to remind them, democrats and republicans, that this is a government “of the people, by the people and for the people.” At times of great stress, great leaders emerge from among the people. Ronald Reagan was such a leader in the mold of Washington and Lincoln. Other fresh faces are gaining recognition fast. Keep an eye on Allen West. He fits the mold. Change is indeed coming, but not the change Obama and his minions envisioned. Perhaps Jefferson put it best:

2 thoughts on “The Seeds of Revolution”