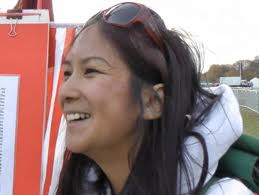 Along with guest panelist, Sher Zieve, we welcome both Theresa Cao and Walter Fitzpatrick. They know something of what it is to be Gulag Bound.

The Marxist mommies of Code Pink get off “free as a bird,” time after time, but Theresa? Since she very briefly challenged Barack Obama’s eligibility in the House gallery, the prosecution and seeming persecution go on.

And Walt Fitzpatrick is out of the Monroe County, Tennessee Jail now, but the pitched battle between American principles and deep-seated corruption goes on there. Fitzpatrick will discuss the break-in to his home and his incarceration, also how the term “treason” applies.

Find out the latest from each and discover much more about yourself in America, 2011.

And about Walt Fitzpatrick

“How Can there be an Arraignment without any Charges or Accuser?” July 7, 2010, by Sharon Rondeau, in The Post & Email

“Dictatorship Reigns Supreme in Tennessee and the USA,” October 24, 2010, by Walter Fitzpatrick, in The Post & Email

“Monroe County TN Corruption Turns Violent” (on the murder of Jim Miller) August 2010, by J.B. Williams, in The JAG Hunter