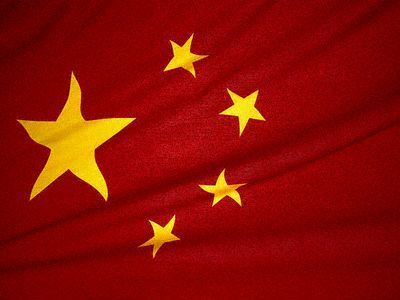 We moved to Idaho to escape Nevada after years of despairing over too many taxes, too many regulations and a good ole’ boy network that was corrupt as the day is long. I spent some time here as a child and we visited numerous times before deciding to make the move. We believed this would be a freer state and provide a safer, more moral way of life for our family and ourselves. Sometimes, fate gets the last laugh.

Since moving to Idaho, I have stayed out of local politics as much as possible. Staying strictly to the shadows and writing for what I believe is freedom and a return to constitutional principles and the original intent of our founding fathers. But I find myself drawn into Idaho politics and finances after all. Governor Otter, who I voted for, has been advancing an untenable financial agenda since at least last year and I personally sense that it is at best naive and at worst suicidal for Idaho.

Governor Otter is bringing the Communist Chinese into Idaho to buy up gold mines and whatever other resources that they can afford. Whatever happened to getting American investors to come in and invest in Idaho? Since when are we so desperate that we sell our state and her resources to foreigners so we can make money? Who needs Red Dawn when you can just sell your country off until there is nothing left? Which by the way, I understand they are re-characterizing with the North Koreans as the bad guys before actual release, because we did not want to offend China. Dumb huh? Considering China controls North Korea in many aspects. But I would like to ask Idaho, have you lost your ever-loving mind and soul?

In Idaho and throughout the United States, our leaders and politicians are soliciting the Chinese to come here and invest their funds in return for citizenship via the EB-5 visa program.

In June of 2010, Idaho Governor Butch Otter and a delegation of business individuals, including local businesses, traveled to China on a trade mission. The businesses were looking for Chinese investors that would purchase their goods which could then be imported into China. Governor Otter invited the Communist Chinese to bring their money and move to Idaho to invest in our economy utilizing the EB-5 visa program. From David Shambaugh of the Brookings Institution:

David Shambaugh, a professor at George Washington University in Washington, D.C., and an expert on the Chinese Communist Party, said Idaho should encourage both Chinese investment and immigration. The stronger ties the state makes will improve its opportunities with a nation that will have a growing influence over all of our lives.

The Coeur d’Alene Idaho Chamber of Commerce went on this fund-seeking trip to China promoting Idaho as an attractive site for investors looking for a better place for their families. As I understand it, the Chinese have to give up their Chinese citizenship to come here under this program.

“The value of U.S. residency, and being put on the fast track to citizenship, is an incredible tool to help us attract foreign investment in our Idaho businesses.”

The EB-5 Regional Centers are all over the U.S. If the investor chooses to invest in a center, they can move and live anywhere they want. Many Communist Chinese are choosing the centers because they do not have to manage a business and can still get U.S. citizenship.

The U.S. Chamber of Commerce is working to get foreigners to invest and move to America. One of the EB-5 marketers, Brian Su, is working to get his pipeline of Chinese investors lined up to move to Idaho and other states.

Here, in the State of Idaho, a Chinese government business named Sinomach wants to have a 10,000 to 30,000 acre “Technology Zone” set up just south of the Boise Airport for retail centers, homes and other Chinese businesses. China National Machinery Industry Corp. (known as Sinomach) also wants to buy into the Idaho utility/energy industry in a big way to design, build and maintain everything from power plants to high transmission lines. That is a national and state security issue and should not be allowed.

Any business that wants to export goods can apply for a “Foreign Trade Zone” status through the U.S. Department of Commerce. Once designated as an FTZ, they fall under federal management and the Customs and Border Patrol secure the premises. State and local laws still apply in the FTZ, but local law enforcement must be called by the CBP to enter the zone. The local officials can request entry, but it’s a jurisdictional issue depending upon the reason for the request. U.S. Customs randomly inspects the imports and exports of goods. Foreign companies can also move into these zones and hire workers that have foreign visas.

There is a lot of pressure to get American businesses to export their goods. We don’t really manufacture much anymore because we effectively exported entire industries to other countries, but the idea of transforming our country’s economy into the persona of an exporting nation is the same kind of structural adjustment program that was imposed on countries in South and Central America, the Caribbean and perhaps other countries as well. It provides caviar for a few and starves the many. Classic Marxism/Communism and it never ends well.

Alliance Texas is an example of a fully master planned community designed around an intermodal commerce zone/Foreign Trade Zone. It was the first such community to do this and I don’t know if there are any more of them, but I suspect there might be. Here is a video about the Alliance development.

If you take a look at Governor Otter’s full court press for “Foreign Direct Investment” for Idaho you will see that it is a primary tenant of his Project 60.

The foreign owned businesses that move to the U.S. can also apply for FTZ status and they can hire H1-B’s and other foreign workers on visas.

Idaho now has 2 new Foreign Trade Zones, both are the same Chinese company. One in Boundary County up north in Bonner’s Ferry and one in Pocatello – the company is Hoku Materials. There has been much concern over the Chinese moving into the U.S. (buying homes, businesses, land and natural resources). And with good reason. I might just point out that you don’t have to invade if you are already there.

Foreign Trade Zones are clearly named. Other types of zones – in particular intermodal commerce zones, hubzones, enterprise zones, work-based development zones, economic development zones, etc. are more difficult to recognize because each state and each agency of government can give them different names to refer to the same thing. In addition, you can have different layers of zoning within the same zone. For example, you can have an intermodal commerce zone that is also an EB-5 Regional Zone, that is also a work-based learning zone, that is also a subzone attached (logically) to a Foreign Trade Zone. That seems to be the overall plan for “The CORE” in Meridian, Idaho which is just a couple of miles down the road from the Boise Airport where the FTZ will be located.

And just in case I haven’t overwhelmed you enough, this is the Idaho Law, Title 70, Chapter 22 on Intermodal Commerce Zones which came about as a result of dealings with the Transportation Department. This is the ISTEA Legislation of 1991, which initiated the Superhighway Corridor Project, with superhighway being defined as a high tech highway. You remember that little deal right? Open borders, combine Mexico, the US and Canada? Ring any bells?

The person who did the bulk of the research on this subject refers to these zones as “Trojan Triangles.” Interesting reading and very disturbing.

To sum this all up, I believe that Governor Otter is doing a grave disservice to Idaho by bringing in foreign investors. The answer lies in paying off Idaho’s debt and providing incentives to business to expand and build here providing jobs and income to the state. You cannot build a strong state from within if you are kneeling, groveling and welcoming your new masters from China.

“If you love wealth more than liberty, the tranquility of servitude better than the animating contest of freedom, depart from us in peace. We ask not your counsel nor your arms. Crouch down and lick the hand that feeds you. May your chains rest lightly upon you and may posterity forget that you were our countrymen.” – Samuel Adams

Here is some additional reading on the subject. This actively affects the entire nation, not just Idaho. So for the security and prosperity of your state, read and research:

China prepares for war ‘in all directions’

CHINA DEMANDS HALF OF JOINT VENTURES

Coming to Milwaukee: A Chinese mega-mall?

15 thoughts on “Welcoming Our New Masters…”