This is waaaaay overdue, but at last somebody has woken up.

America next, he says hopefully?

Military Intelligence is collecting information about left-wing organizations abroad that the army sees as aiming to delegitimize Israel, according to senior Israeli officials and Israel Defense Forces officers.

The sources said MI’s research division created a department several months ago that is dedicated to monitoring left-wing groups and will work closely with government ministries. In recent weeks, the head of the new unit has been taking part in discussions in the Prime Minister’s Office about how to prepare for the possible arrival of a Gaza-bound flotilla in May.

“The enemy changes, as does the nature of the struggle, and we have to boost activity in this sphere,” an MI official said. “Work on this topic proceeds on the basis of a clear distinction between legitimate criticism of the State of Israel on the one hand, and efforts to harm it and undermine its right to exist on the other.”

The new MI unit will monitor Western groups involved in boycotting Israel, divesting from it or imposing sanctions on it. The unit will also collect information about groups that attempt to bring war crime or other charges against high-ranking Israeli officials, and examine possible links between such organizations and terror groups.

MI decided to create the unit in the wake of investigations of Israel’s deadly takeover in May 2010 of a maritime convoy aimed at breaking the Gaza blockade, which found that the country’s intelligence agencies failed to provide information that could have helped Israel adequately prepare for the violent resistance that naval commandos encountered aboard the Mavi Marmara.

The quality of intelligence information about groups aimed at delegitimizing Israel has improved and the quantity has increased in recent months, said an official in the Prime Minister’s Office.

“There is a demand for such information,” he said. “Officials need information on such topics, and it hasn’t always been available in the past, because there was a lack of awareness pertaining to this topic in the intelligence community. The new unit’s orientation will be to collect information and carry out intelligence research for the Foreign Ministry and other government ministries.

The unit has the support of Brig. Gen. (res.) Yossi Kuperwasser, the director general of the Strategic Affairs Ministry and a previous head of MI’s research division. During the second intifada, he pushed for the intelligence community’s large-scale involvement in public advocacy and diplomatic matters, a stance that was criticized by other MI officers.

There has been a more than 10 year campaign to discredit Israel. This is nothing new.

In case any I.D.F. intelligence officers are monitoring this blog, here’s some info. to get you started.

Now that I know you guys are interested, stay tuned.

An informative little video from the Israeli Defence Force.

I hate to say I told you so… 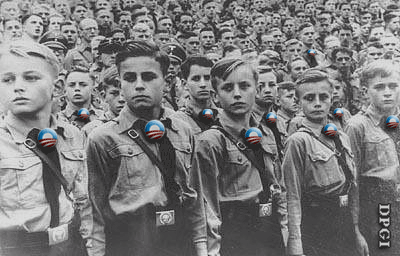 Indoctrinated and ready to fight for a socialist America.

Can’t argue with any of this. We’d all be better off without the International Monetary Fund.

“Ahmadinejad: Remember What Happened to Haman,” was one of the many signs held aloft on Sunday afternoon, March 20th, as close to 500 Jews gathered on Purim day for a public reading of Megillat Esther that was held outside the Iranian mission to the United Nations on Manhattan’s east side. Organized by Americans For A Safe Israel (AFSI), Amcha – the Coalition for Jewish Concerns, Z Street and the Jewish Political Education Council, the reading was held as a symbolic representation of the indefatigable nature of the Jewish people and Hashem’s intervention in their survival throughout the millennium.

“Purim is a day that we celebrate the survival of the Jewish people against evil rulers who sought our complete annihilation in the city of Shushan in Persia. In every generation the names of our oppressors and their countries of origin may change, but they are driven by one common denominator and that is visceral hatred of the Jew,” intoned Larry Domnitch, a freelance writer and Baal Koreh for the megillah reading.

“Today we will read about the plans for mass extermination of the Jewish people designed by the prototypes of evil, namely Achashveirosh and Haman. We are gathered here today to remind the modern day Haman who resides in Iran named Mahmoud Ahmadinejad, that we will not be silent while he creates his plans to “wipe Israel off the map.” As in the days of Queen Esther, we will raise our voices to G-d, seeking His divine intervention and we will boldly speak out against a regime that is not only a nemesis to Israel but to the entire free world,” he added.

Glenn Richter, long time Jewish activist and former leader of the Student Struggle for Soviet Jewry, introduced the leaders of the sponsoring organizations as the crowd held specially made Purim groggers with the face of Ahmadinejad and a red line canceling it out, along with other signs and Israeli flags. “The Obama administration is willfully deluding itself by touting the line that the source of all the problems in the Middle East is due to Jewish settlements in Judea and Samaria,” he declared. “It is clear that the source of anti-Western and anti-Israel terrorism today emanates from Iran; the very same government that sought to destroy us centuries ago,” he added.

During the Megillah reading, the sounds of acrimony could be heard from a small contingent of Neturei Karta counter-protesters who chanted, “Down, Down, the State of Israel” and held signs that said Zionism is against Judaism. On each occasion that the name of Haman was read aloud, the noise generated by the plethora of groggers and loud boos by those gathered to hear the megillah drowned out the hateful rhetoric of the protesters.

Subsequent to the megillah reading, Helen Freedman of the Americans For A Safe Israel said, “We are putting the government of Iran on notice and we are here today to tell Ahmadinejad and other sponsors of terrorism against Israel and the Western world, that your fate is sealed. Learn from history. When you lift your hand against the Jewish nation, you will succumb to defeat, just as Haman did in Persia and all the others after him.”

Sending a strong message to President Obama, Rabbi Avi Weiss of the Hebrew Institute of Riverdale declared, “When you weaken Israel, you weaken the United States. When the United States ambassador to the United Nations states that Jewish settlements are illegal, you create an atmosphere in which the gruesome murders of five members of the Fogel family in Itamar can take place,” he intoned.

Tears filled the eyes of those gathered as Rabbi Weiss delivered an impassioned and emotionally charged address where he listed the names of each member of the Fogel family and asked, “What kind of beasts could have carried out this heinous act of murder?”

Speaking of the innocence and love of 11-year-old Yoav Fogel, ZTK”L, Rabbi Weiss read the words that hung over Yoav’s bed: “May it be Your will, Lord God and God of our forefathers, that I love every one of Israel as myself, and to graciously perform the positive commandment of loving your neighbor as yourself. May it also be Your will, Lord God and God of my forefathers, that you cause the hearts of my friends and neighbors to love me fervently, and that I be accepted and desirable to everyone, and that I be loving and pleasant, and that I be gracious and merciful in the eyes of all who see me.”

“Our message to the remaining members of the Fogel family and to all our brothers and sisters living in Eretz Yisroel is the same message declared by Queen Esther who said, “gather all of the Jews,’ all decent people and cry out, “We stand with you!” He reiterated the words of devotion uttered by 12-year-old Tamar Fogel who said after the funerals of her parents and siblings: “Now, I will be the mother,” and called upon all of Klall Yisroel to become active participants in raising this family and all others who are suffering.

“Just as we read in Megillat Esther, we have the power to turn this tragedy in Itamar around,” said Rabbi Weiss. He spoke of a millionaire who told the Fogel family, “get used to having me around,” as he made a commitment to stock their pantry every Shabbat until the youngest child turns 18 and of those who organized the delivery of 108 shalach manos packages to the families of Itamar and of his daughter’s wishes to hold his granddaughter’s Bat Mitzvah in Itamar as a sign of love and solidarity.

“The message of the “brit,” the covenant between the Jewish people and G-d is a simple one and that is, don’t give up,” said Rabbi Weiss as he led those gathered in rousing chants of “Am Yisroel Chai.” 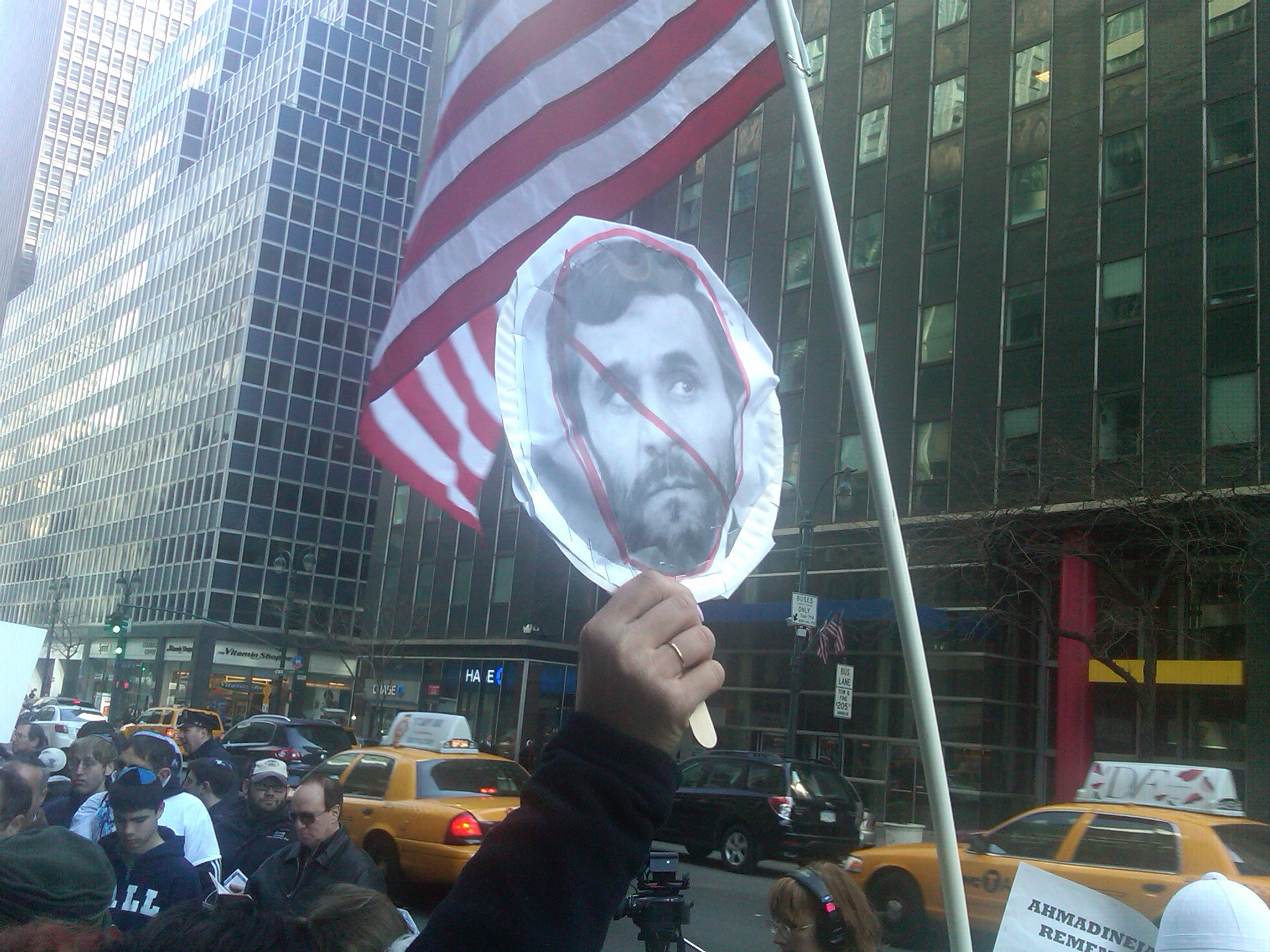 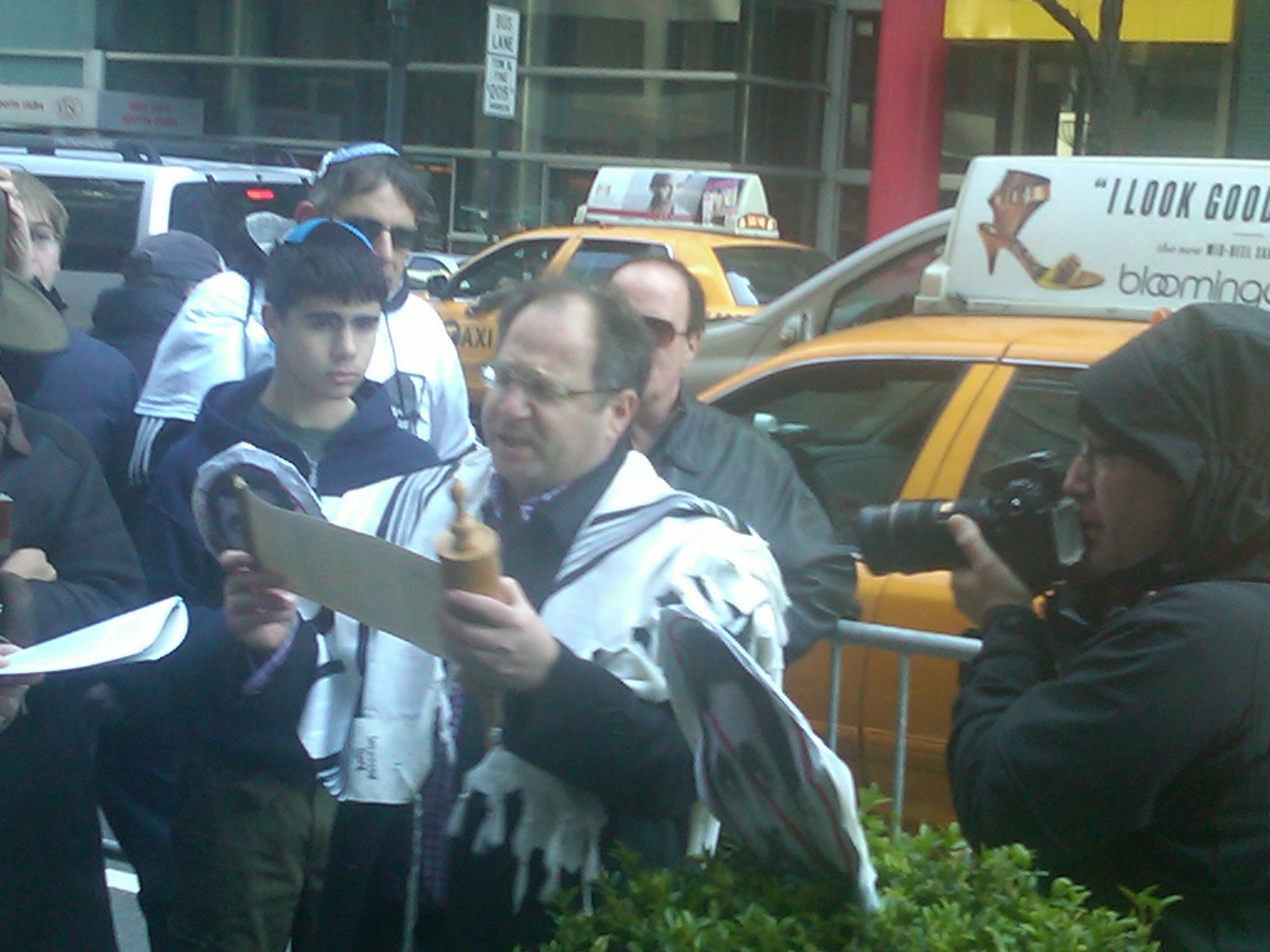 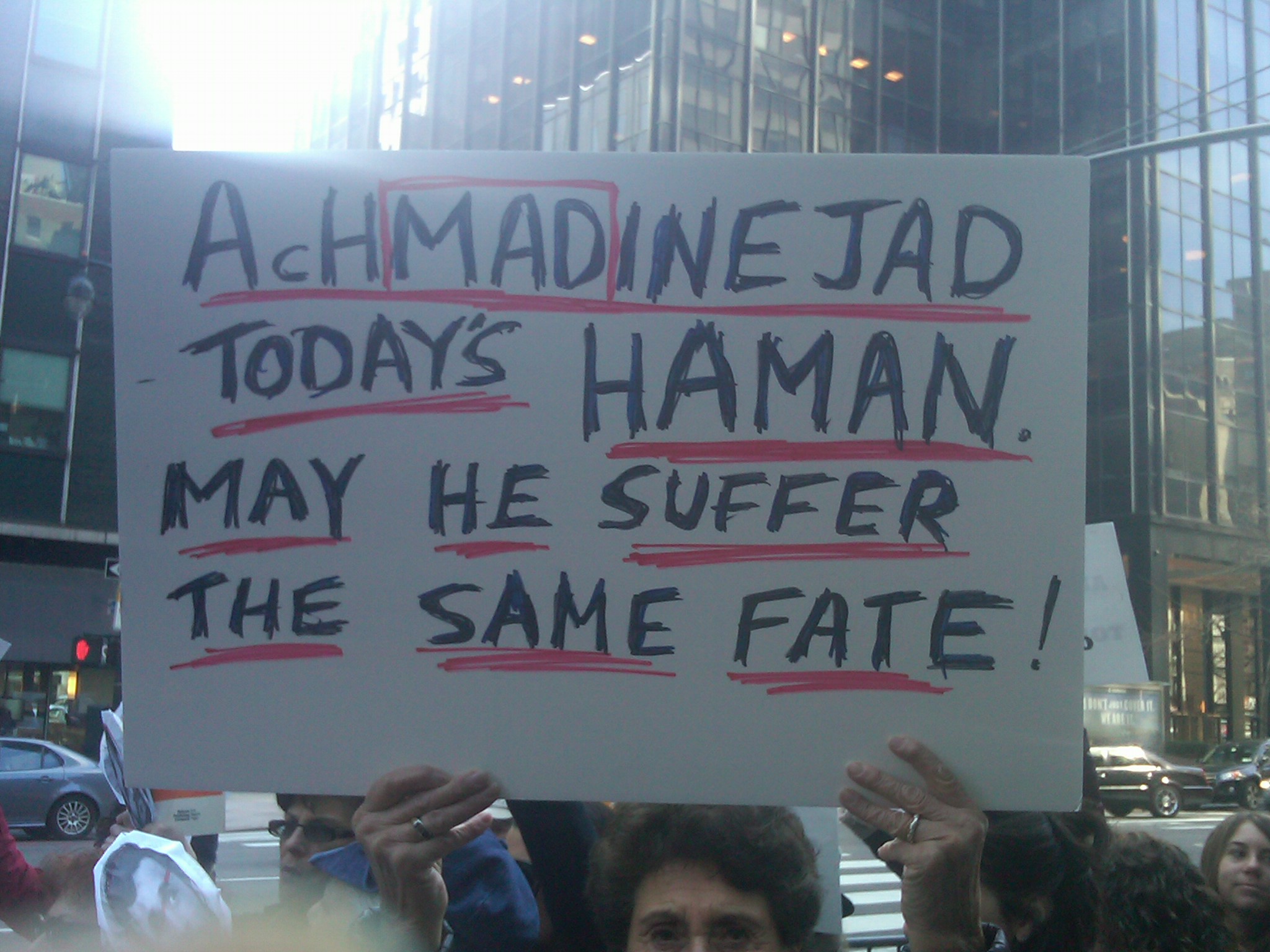