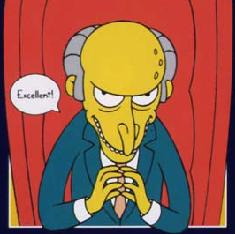 This week, a number of Council members saw fit to weigh in on President Obama’s blithely taking us into a war based on a UN resolution without even consulting Congress. This week’s winner, The Razor, took a jaundiced, but quite accurate look at the end results of our interventions in the Muslim world in his fine piece, Unforeseen Consequences of American Foreign Policy:

Libya is yet another intervention in a long series that have fostered unforeseen and unintended consequences for American policy.

Muslims never allow any good deed to go unpunished. In 1982 President Reagan orders the Marines into Lebanon in order to protect the Palestinians from the advancing Israelis. Hezballah showed its gratitude by detonating two suicide truck bombs that killed 241 American Marines and 58 French soldiers. Beginning with the Carter administration the US backed the Mujahadin against the Soviets in Afghanistan, thereby educating and arming an entire generation of Muslims who went on to attack American and Western interests throughout the 1990s and 2000s – including Osama Bin Laden. In 1991 we stopped Saddam Hussein from invading Saudi Arabia. The Saudis rewarded our protection by financing al-Qaeda and other terrorist groups bent on the destruction of western civilization.

We feed starving Somalis and rescue Pakistani peacekeepers, and the bodies of our soldiers get dragged through the streets of Mogadishu (and Bin Laden learns from our failure). We protect Bosnians and Kosavar Albanians (Muslims) from slaughter at the hands of Russian-backed Serbs, and one shoots and kills two unarmed soldiers in gratitude. American individuals and corporations donated $1.5 billion to the relief effort after the 2004 earthquake and tsunami devastated parts of Indonesia. That hasn’t stopped Indonesians from protesting against the United States and supporting the Taliban and al-Qaeda with cash and recruits. And when we get airliners slammed into the Twin Towers there are celebrations throughout the Muslim world (including by the precious pets of liberals, the Palestinians).

Had we not supported the Mujahadin, would Afghanistan be better off today? Would the United States? It’s hard to imagine not. The Soviets had the Mujahadin on the ropes, but success there would not have prevented the empire’s collapse a few years later.

241 Marines would be alive today if we had simply allowed the Israelis to clean the PLO out of Lebanon. It’s quiet possible that the Lebanese and even the Palestinians themselves would have benefited by a PLO that had been wiped out. Perhaps a new organization would have formed to represent them, one less corrupt and steeped in 1960s socialism.

In our Non-Council Category this week, our winner was a superb post by Lee Stranahan in the The Huffington Post, Shame: Ignoring Death Threats to Wisconsin Politicians Is Media Bias.

Stranahan is a Lefty who has recently come over from the Dark Side and he’s written a number of superb pieces pointing out the hypocrisy and malignant narcissism of her erstwhile ideological stablemates. This is a particularly good one.