The quest for Global Governance has been in the works for decades and American Presidents have been willing participants in this quiet war against America.

“Global Citizens” may sound cool as it smoothly rolls off the teleprompter-tongue of President Obama, but rest assured that it is dangerous for America and must not be accepted.

Politicians who are working to cede America’s sovereignty to the UN Global Elite most assuredly have their seat picked out and – make no mistake – their quest is treasonous.

This 1997 video series is one that every American should watch and share with their children.

Obama’s war in Libya, under NATO control, is a giant leap toward Global Governance and the beginning of the strongest push to date to end American sovereignty – aided and abetted by the outrageous Responsibility To Protect (R2P) Doctrine.

Speak out against this while you still can. If the globalists win and Americans loses, we’ll no longer be allowed to speak out.

Rebbetzin Esther Jungreis, founder and president of Hineni, the internationally renowned Torah outreach organization made a special appearance on the hit television talk show, “Tuesday Night Live in Jerusalem” on March 29th at the Majestic Theater in Dallas, Texas. TNL is the first ever Jerusalem based, English language television show to broadcast internationally. Hosted by recognized TV and radio personalities Ari Abramowitz and Jeremy Gimpel, TNL highlights the widespread support for Israel that can be found throughout the US. Dallas is just one of the cities that the program is broadcast from during their 2011 US tour.

Inspiring her audience of over 2000 people with the timeless and eternal wisdom of the Torah, Rebbetzin Jungreis spoke of the plethora of arduous challenges faced by Jews and Israel in our contemporary world and said that we are living in the age of the “footsteps of (messiah) Moshiach.” She exhorted those in the theater and the tens of thousands viewing the broadcast around the world to “take heed of the wakeup calls that G-d is sending us and to embrace a Torah life.” Speaking of the rapidly escalating campaign aimed at the delegitimization and isolation of Israel in the global community and the proliferation of anti-Semitism under the guise of anti-Zionism declared, “not through might and not through force will we prevail over our avowed enemies, but only through increasing our attachment to G-d through the power of prayer, through remaining vigilant about our Torah study, of creating genuine unity amongst Jews and displaying constant kindness and compassion to our brethren.”

Drawing parallels to the plagues that were brought upon Egypt by G-d while the Jewish nation was enslaved thousands of years ago, the Rebbetzin said, “Before the time of our redemption, the prophecies of the Torah reveal that we will experience remarkably similar events to that which we witnessed in Egypt. Just look at what is happening in our world today. We hear of dead fish being washed up on the shore, flocks of birds dying for no apparent reason, we hear of the scourge of bedbug infestations even in the finest of locations. We need only turn to the news to hear of repeated reports massive earthquakes, devastating tsunamis, paralyzing volcanoes, disastrous hurricanes and other such phenomenon. We never heard of such things occurring at such blinding speed at any other time period in history, and we must ask ourselves why.”

With great emotion, the Rebbetzin spoke at length about the recent heinous murder of the Fogel family in the settlement of Itamar, the bus bombing in Jerusalem and the incessant rocket attacks on Israeli cities from Hamas in Gaza and said, “As Jews, we are one family; one body and one soul and we must reach out with sincere love to our brethren in Israel whose lives are in constant danger. It is incumbent upon us to declare to the world that our right to Eretz Yisroel (the land of Israel) is an eternal one as this land was bequeathed to us by G-d as an inheritance for all time. The deed to our land is the Torah itself and we mustn’t be afraid to hold it up for the entire world to see.”

Currently, Rebbetzin Jungreis is on a four day speaking tour in France, where she will be speaking at Beis Chaya Mushka in Paris, the grand theater of Neuilly, and the theater in Lyon. She will be addressing thousands at each location, speaking of realities that the European Jewish community is confronted with. She will also be imparting the message that “each Jew has their own unique and individual mission on this earth and we must search within ourselves to discover what that mission is, and to serve G-d with complete faith and trust.”

On Passover, Rebbetzin Jungreis is scheduled to speak at the Westin Mission Hills Resort in Palm Springs, California, sponsored by KMR Tours. Each day of the Passover holiday, the Rebbetzin will be delivering Torah classes and will be taking part in forums on issues pertaining to Israel’s future and the survival of the Jewish people. 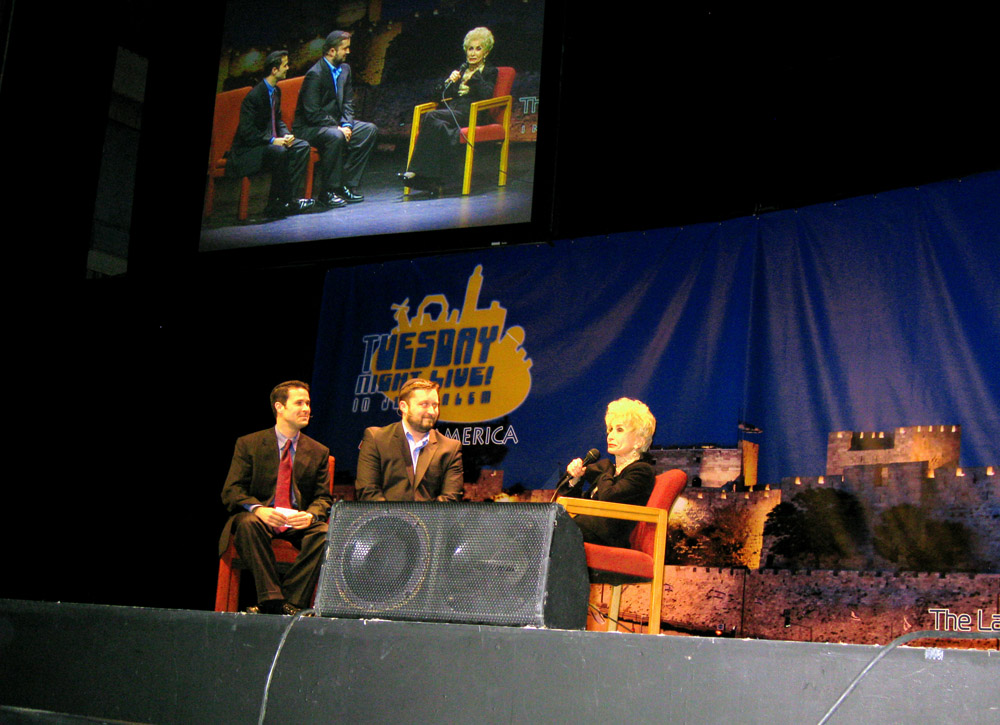 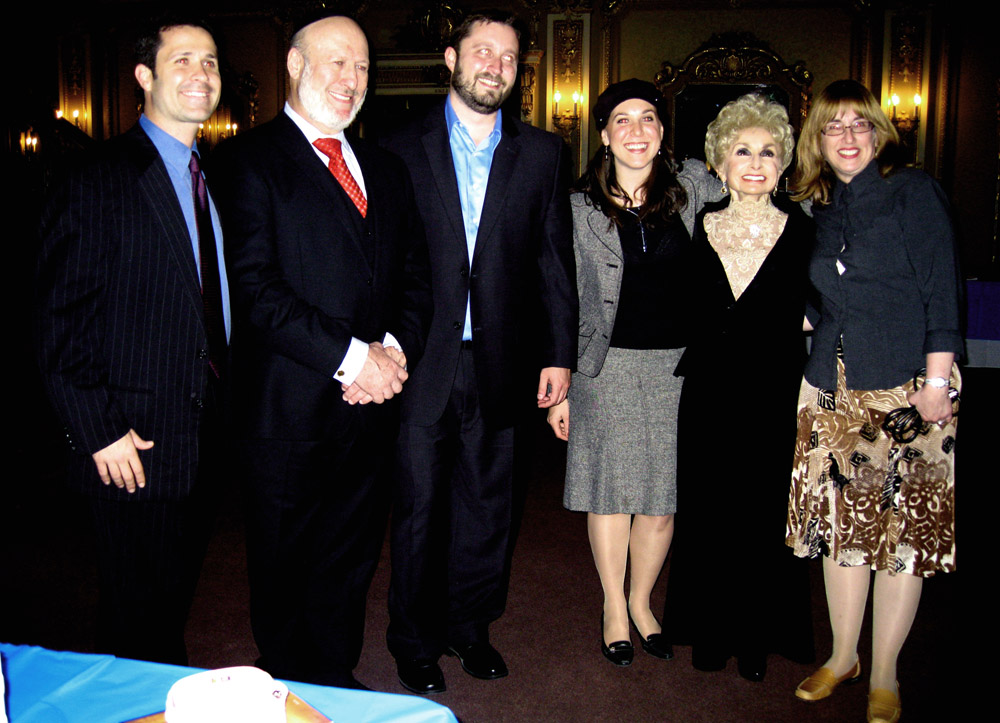 From On The Record:

Rep. Paul Ryan on how both the GOP, Democrats are responsible for the massive national debt, warns drastic measures could be needed in the future

Union bosses, through their cohorts in Congress, want to force airline and railway workers into unions. Luckily their amendment to the FAA bill (HR 658) failed to pass in the House on Friday by a 220 to 206 vote.

Every Democrat voted for the LaTourette/Costello amendment; no surprise there. However, 16 Republican Congressmen voted for the amendment. These Republicans stand against freedom and they stand with the fat-cat union bosses who want to eliminate freedom and choice for American workers.

Currently, American workers enjoy the freedom to form a union or join a union – it’s their choice. Democrats and these 16 Republicans want to take away their right to choose and force them to be in a union if they want the job.

The fight isn’t over though; the Senate and House versions of the FAA bill (HR 658) still need to be reconciled during conference committee. It’s crucial that Sec. 903 of the House bill, HR 658, remain in tact in order to prevent forced unionization.

Tremendous thanks goes to Mark Mix of The National Right to Work Committee for keeping us informed about these legislative issues.

And thy face is Samantha Power… Should Obama win a second term in 2012, it is strongly rumored that Samantha Power will become our next Secretary of State with Hillary Clinton declining to serve another term. Clinton, a stalwart progressive/Marxist, was bad enough. Power, the wife of America’s Regulatory Czar Cass Sunstein, is an unapologetic anti-semite and a monster extreme. Evil has unfurled its vast wings over America and the darkness is threatening a rapid descent. If only the good die young, America’s time may have come if this event comes to fruition. Conservatives must win the election in 2012 if America is to survive as we have always known it.

I hate to break it to everyone, but Glenn Beck was right once again. The Responsibility to Protect Doctrine raises it’s malevolent countenance bearing a striking resemblance to Stephen King’s horror laden thriller “It.” A chilling smile of bowel-watering ferocity is bearing down on the State of Israel. Power famously summized the following:

“What we don’t need is some kind of early warning mechanism there, what we need is a willingness to put something on the line in helping the situation. Putting something on the line might mean alienating a domestic constituency of tremendous political and financial import; it may more crucially mean sacrificing — or investing, I think, more than sacrificing — billions of dollars, not in servicing Israel’s military, but actually investing in the new state of Palestine, in investing the billions of dollars it would probably take, also, to support what will have to be a mammoth protection force, not of the old Rwanda kind, but a meaningful military presence. Because it seems to me at this stage (and this is true of actual genocides as well, and not just major human rights abuses, which were seen there), you have to go in as if you’re serious, you have to put something on the line.

Unfortunately, imposition of a solution on unwilling parties is dreadful. It’s a terrible thing to do, it’s fundamentally undemocratic. But, sadly, we don’t just have a democracy here either, we have a liberal democracy. There are certain sets of principles that guide our policy, or that are meant to, anyway. It’s essential that some set of principles becomes the benchmark, rather than a deference to [leaders] who are fundamentally politically destined to destroy the lives of their own people. And by that I mean what Tom Freidman has called “Sharafat.” I do think in that sense, both political leaders have been dreadfully irresponsible. And, unfortunately, it does require external intervention.”

And long before the anointing of Power comes to pass, the UN has threatened to deem and pass a global decree for Palestine if Israel does not concede a state to them by September of this year. From the New York Times:

With revolutionary fervor sweeping the Middle East, Israel is under mounting pressure to make a far-reaching offer to the Palestinians or face a United Nations vote welcoming the State of Palestine as a member whose territory includes all of the West Bank, Gaza and East Jerusalem.

It’s like thunder and lightning as the New World Order roars to the forefront and overshadows God’s chosen people. And in a test worthy of David and Goliath, Israel will fight once again for its survival and America finds herself on the wrong side. It would seem our progressive leaders have chosen to side with the darkness rising over the Middle East.

Why do I have a sinking feeling that expecting the Libyan rebels to overthrow Qaddafi is like expecting the Coyote to catch the Road Runner . . . and that we’re about to become the Acme Corporation? – Mark Goldblatt

“It is easier to find men who will volunteer to die, than to find those who are willing to endure pain with patience.” – Julius Caesar