Rich Rogers of the Massachusetts AFL-CIO speaking at yesterday’s We Are One rally in Boston.

The speaker is directly in front of the MA GOP headquarters.

“Democracy” has come to Egypt.

Former International Atomic Energy Agency chief Mohamed ElBaradei, who had previously announced his intentions to run for the presidency of Egypt, said Monday that “if Israel attacked Gaza we would declare war against the Zionist regime.”

In an interview with the Al-Watan newspaper he said: “In case of any future Israeli attack on Gaza – as the next president of Egypt – I will open the Rafah border crossing and will consider different ways to implement the joint Arab defense agreement.”

Discussing his agenda for Egypt, ElBaradei said that distribution of income between the different classes in Egypt would be his most important priority if he were to win the upcoming elections.

His crime? Being Palestinian and Jewish. His one year old son was in the car with his nanny as well when it was riddled by bullets. They survived – he did not. 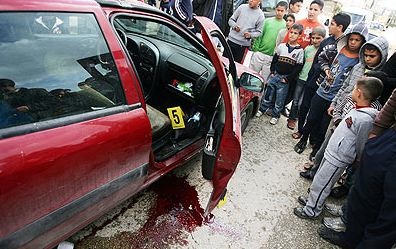 Rest in peace my friend.

Cut it or shut it…

Really? That’s tired and old and Americans are a LOT smarter than you give them credit for Pelosi. What next? Starving children and the homeless? I’ve heard this kind of violent rhetoric before Nancy – from you…

What a horrific claim. Jackson is a Marxist/fascist radical extraordinaire – violent, deceptive – a pastor of lies and evil.

Socialist senator Bernie Sanders of Vermont appeared on Cenk Uygur’s MSNBC show (which has no name) and said that rich Americans “have not contributed one nickel to deficit reduction.”