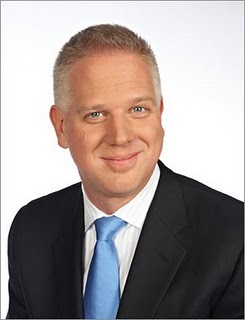 Mondays are notoriously rough around here, but today was a stunner. I woke up to a number of emails concerning The Daily Caller’s piece on Glenn Beck and his alleged ‘lack of attribution’ to those who have contributed material to him. The post included researchers, bloggers and video references.

A couple of items first. I don’t personally know Glenn Beck, Stu or Pat. Never had the honor of speaking in any medium with any of them. I send them tips from time to time, but that’s about it. I have emailed back and forth with Scott Baker of The Blaze. Scott has always answered me; has always been professional and a gentleman. He’s been blogging a long time and came to The Blaze from Breitbart.tv. He worked his butt off and then became Editor-In-Chief at The Blaze. They were lucky to get him in my viewpoint.

One of my best buds anywhere is Trevor Loudon of New Zeal. Through mutual research interests, I started working with Trevor on KeyWiki.org doing research on politicians in the US and worldwide. Working on that site is my passion. KeyWiki, in my viewpoint, is vital to the US’ survival. It gets the truth out, just as Beck does. Trevor gives me attribution, but in the end, it does not matter to me. I don’t think Beck has ever used my research, but if he asked, I would give it to him in a heart beat and not ask for a job or attribution.

Over the years of listening to Beck, and I listen every day on the radio and the tv, I have heard him give attribution constantly. I’ve heard him give kudos to Trevor many, many times and for that, I am profoundly grateful. I have heard him attribute Atlas Shrugs, Michelle Malkin, Infidels are Cool, Zombie, Breitbart, Bookworm Room and many others. Most of these bloggers are friends of mine and I feel blessed to call each and every one of them friend. He has also had Robert Spencer on his show and he has quoted the National Inflation Association.

I also have some friends who have not received attribution that are positive that Beck has used their work. If he has and has not attributed them on his site or in some other way, well, that is an oversight that needs to be corrected and more closely overseen. Beck did apologize on his radio program today if he overlooked attribution to anyone who had it coming. He denied obscuring a watermark on a video as well.

Having said this, I have to take issue with the article from The Daily Caller, who is usually conservative in nature. I noticed that they did not contact Trevor who has done endless research that Beck has quoted – with attribution I might add. The videos referred to are primarily off public use video sites such as YouTube as well. The guy mentioned in the article, Michael Opelka, who they claimed Beck stole the slogan, “The Truth Has No Agenda” from, has been a friend of Beck’s for over 20 years. Beck was his best man at his wedding. Beck bought the slogan off of Michael and he employs Michael. Doesn’t sound like theft to me folks.

This whole post gives the impression of a hit piece against a man who has done more to wake up America than anyone I can think of. What? The left couldn’t find a chink in his armor any other way and therefore helped conjure this up? Does this have to do with those on the right who feel they were slighted? With either a lack of attribution or no pending job offer?

I hate to break it to everyone, but I am fairly certain the small research team that Beck employs works grueling hours digging things up. I know this, because it is what I do. Yep, if they use your material you should get credit – always. When I do research, I use footnotes to the extreme, crosslink and give attribution constantly. But I think that many times credit is given, it’s just that the writer never sees it. Beck should clarify where he shows contributors on his site – by the way, he constantly tells people to go to his site to see his research notes. I personally use Beck’s info in research and posts as well as his videos. Perhaps if Beck had someone who took email from concerned bloggers, much of this could be fixed.

There are also other forces at work here. Time limits, restrictions by Fox News, not everything gets mentioned that should be. I also think that with the daily threats that Beck gets, he is mindful of not needlessly endangering others. Just a thought.

Sometimes I think that everyone is so engrossed in seeing attribution and credit (though well deserved I’m sure), that we forget what we are fighting for. Our country and our freedom. It would be cold comfort to see your name in lights from a gulag.