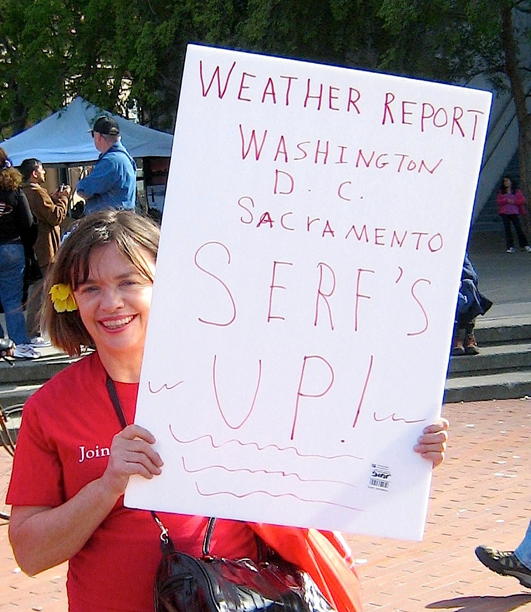 Possibly one of the best and most appropriate pics I have ever seen is pictured above. How appropriate and leave it to Zombie to go on a ‘fact finding’ investigative jaunt that is simply priceless.

You probably first heard of UK Uncut from Glenn Beck. They are Britain’s leftist version of the Tea Party. You know, without the patriotism and sanity of the Tea Party. Their Marxist calls reverberate with, “Tax the Rich,” and “Down with Evil Corporations,” or some other such nonsense.

Zombie ventures into two tax day rallies in San Francisco. Two rallies just blocks from each, but each tells a very different story. The Tea Party had a big turnout with handmade signs proclaiming that government should be smaller, cut the deficit, cut the spending, cut taxes and stop regulating America to death… The San Francisco Uncut bunch? Not so much. And Zombie catches the left’s provocateurs in the midst of obvious lies. You’ll have to go read it to find out just what transpired, but trust me, it was obvious. At most, 45 or so showed for the SF Uncut rally. But what they lacked in numbers, they made up for in looniness, crassness and vitriol.

Zombie outdoes previous spreads with this one. Great photography, lots of patriots and whackos who just can’t seem to help themselves. Good times… Make sure you go to Pajamas Media and read the whole thing. It will make you feel warm and fuzzy and conservative all over.