The INET Bretton Woods summit, summoned by George Soros and those who alternatively hide behind, or gather around him, has now happened.

But before trying to analyze whatever we may discover of what occurred there, it is critical to discern how it fits an overall picture. For context, one must also see what the IMF and World Bank “communitarian” elitists are up to.

We find that before the Bretton Woods affair, focusing upon “new solutions,” there was a similar IMF meeting, called “New Ideas for a New World.” It was centered upon “Post-Crisis Policy Making” and occurred March 7-14. That gave some of them a lot of time to communicate and plan in quiet (the traditional word for that is conspire) when they were not attending official sessions, or making videos.

Then, we see that Soros’ April 8-11 conference ended just as the IMF and World Bank took up their April 11-17 Spring Meetings, just a limo ride away. “Blossom of Spring, won’t you bloom and grow?” Let us see what is budding in this intensive series of conferences, by the first one’s own promotional vid.

Here is a collection of pitches for “New Ideas for a New World.” Hey, they left out the last word, “Order.” Could it be that some of them know their version of order requires fomenting massive disorder first, the crises not to be wasted? They also left out the word “Brave,” before “New World.” Maybe that is because some of them like Huxley, have qualms.

This video puts their dexterous foot forward about that March 2011 conference, while their sinister footfalls go on. So who are these dudes, getting together and yukking it up (well, three out of four globalist manipulators seem to approve) and just how spooky are they? What are the messages of the Big Money priests, to the unwashed, PITI-ful masses of principal, interest, taxes, and insurance payers? 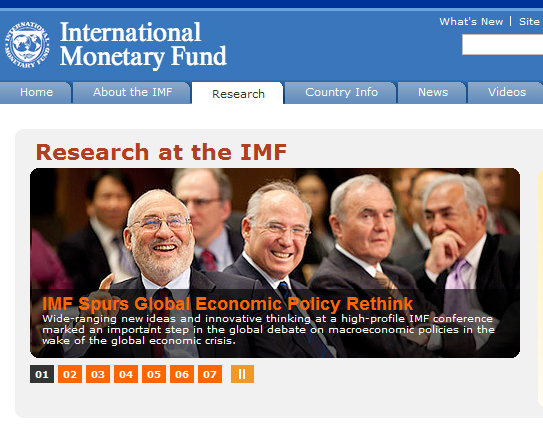 Front and center, left to right:

Further bits from the video:

What are the takeaways?

Global, uber-governance by central bankers, squeezing, leeching, and shrinking free enterprise, while using excuses such as egalitarianism and of course, “the impact on the environment — or anything else,” and while establishing a world full of deprivation and discontent, to set against successful employers and their free nations, all for the aforementioned global governance.

Pardon the redunancy, but it does begin and end with the same goal of global governance, a worldwide empire of authoritarianism and enslavement. Funny how America is always having to deal with such things.

And sometimes, what the power-elites do not say is what is most important to pick up. Never once is the word “insolvency” used, though it is the most critical problem brought on by all the back-and-forth buying and selling of debt, one centrally banked and planned layer piled upon another. You can watch more of their programming at the IMF site and see if they ever use the word. 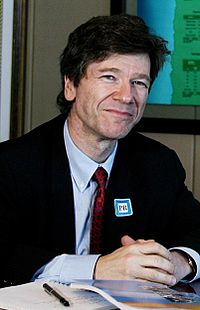 So, just how snugly does Soros’ conference fit in this IMF sandwich and what are the tactical solutions they all so collectively seek? One set of hints has been provided by Soros’ right hand man, Jeffrey Sachs. As reported by Aaron Klein, Jeff is seeking a brave, immediate future including global taxation, currency transfer tax, tax on the rental value of land and natural resources, royalties on worldwide “fossil energy projection,” fees for the commercial use of oceans, for air flight, of course for putting carbon in the air, and even fees for the use of “the electromagnetic spectrum.” Oh, and he also envisions chronic economic stagnation, unemployment and labor revolt. The proletariat have to do their part.

This forecast (and the coming burst of that hush-hushed insolvency bubble and ensuing hyperinflation and possibly, famine) is underscored by Soros’ own recent moves to commandeer as many American grain elevators as feasible. Not to worry though, the Marxtream media tell us he is one of our greatest philanthropists, along with so many of the IMF and World Bank lords, to be sure. And here we thought Demon-I-mean-Damien-er, Damon Silvers doesn’t trust rich people.

By the way, is anyone in Congress speaking up about all this?