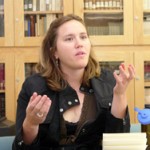 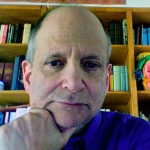 Hank Millstein is a practising Roman Catholic in San Francisco. He also serves on the National Committee and the Religion Commission of the Communist Party USA.

To Hank, Easter isn’t about the Resurrection, or even Easter Bunnies. Its about revolution, and “its already on its way.”

From the latest Peoples World:

Easter isn’t about Easter bunnies – or even about going to church in Easter bonnets. The real message of Easter speaks powerfully to everyone, whatever their religious belief or unbelief.

Easter got started when, after the revolutionary preacher Jesus was executed by the forces of empire, some of his disciples had powerful experiences that convinced them that he had beaten death and was still present with them – and that Jesus’s victory over death was the start of a new world in which all oppression and injustice would be defeated. Some might argue that those experiences were fantasy or hallucination – but what those disciples then did was certainly no hallucination: they went on to build a movement, especially among the poor and oppressed, that shook the Roman Empire to the point that its rulers ultimately felt compelled to take it over and co-opt it. Yet even through all the centuries that ruling classes have tried to suppress the revolutionary element of the Easter message, people’s forces have time and again reclaimed it. Just look at the peasants’ revolts in medieval Europe, liberation theology in Latin America, and Martin Luther King and the civil rights and other people’s movements in our own country.

People of any faith or no faith should look beyond the bunnies and eggs and flowers to that original revolutionary Easter message: another world is not only possible – it’s already on its way. Easter should spur us on to the struggle to bring that new world to birth.

So now you know what Easter is really about.

The video is very, very confusing, unfocused and disjointed.

President Barack Obama claimed that coal could create “the kinds of air pollution” that is “creating asthma for kids,” in speaking at a town hall event in Annandale, Va., on Tuesday. However, the National Institutes of Health says that “the exact cause of asthma isn’t known” and that “asthma is different for each person.”

“The challenge with coal is that although it’s very cheap, it’s also dirty. And it can create the kinds of air pollution that not only is contributing to climate change but is also creating asthma for kids nearby,” Obama said in answer to a question about balancing deficit reduction with government spending on clean energy.

“You got asthma? Okay. And so sucking that stuff in is not ideal,” said Obama. “So what we’ve said is, let’s invest in clean coal technology that potentially can capture some of these particulates and some of the carbon dioxide that’s going into the atmosphere.”

Asthma, however, is not caused by coal, or the emissions from coal-fired power plants, as the president suggested. According to the National Institutes of Health (NIH) the true cause of asthma is unknown, although scientists believe it is caused by a confluence of genetic and environmental factors or early viral infections.