Allen West- “You’re Not Going to Intimidate Me”, Heckler Arrested at Townhall

Priceless… I would wager this will get the former Air America radio host Nicole Sandler more attention than she ever got in her progressive waste of air time show. And West’s response? Absolutely presidential. Rep. West will be our next president if America gets her way.

Hey Nicole, love the jewelry – matching bracelets… You certainly know how to make an exit. 🙂

‘Only In America’ Review: Larry the Cable Guy Emerges as Genuine Patriot

Larry the Cable Guy is a first class patriot.

“[The enemy] is racist white folks and the government.”

Vast new cities of apartments and shops are being built across China at a rate of ten a year, but they remain almost completely uninhabited ghost towns.

It’s all part of the government’s efforts to keep the economy booming, and there are many people who would love to move in, but it’s simply too expensive for most.

Video journalist Adrian Brown wanders through malls of vacant shops, and roads lined with empty apartment buildings… 64 million apartments are said to be empty across the country and one of the few shop owners says he once didn’t sell anything for four or five days.

So are the efforts to boost the economy going to end up having the opposite effect and creating a financial crisis for China?

Or, are these cities intended as a refuge for the elite? A huge panic room in case of real or manufactured emergencies? Inquiring Americans would like to know… Perhaps it is just the mother of all political/financial boondoggles, but the Chinese don’t seem to be that rash. Time will tell…

More disturbing in this documentary is the push for social justice – to have the government intervene – that home ownership should be a basic human right. This is a slick Marxist/Communist lie. Just as the serpent in the Garden of Eden, it sounds so tempting… But in reality it leads to slavery, misery and death. People would all be equal in poverty, squalor and hardship, not wealth and happiness. Study history; it is the same outcome time after time after time. 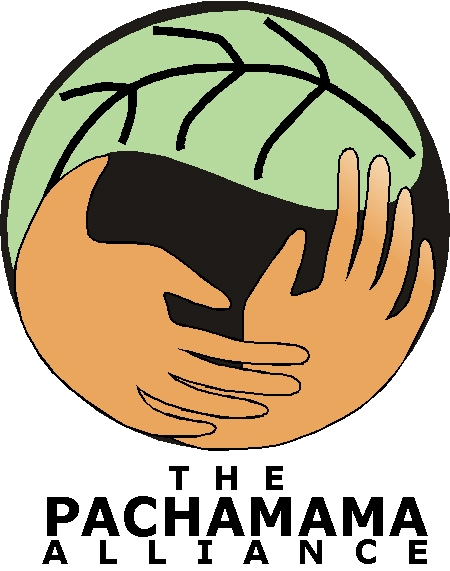 For all the marbles here in America, the communist agenda must first eradicate the widely accepted idea of rights come from God and are bestowed to individuals while powers are granted unto government by the governed. If this one thought is ever lost in the shuffle, then communism will have won out and government will have gained the power to enslave us all.

Van Jones name has popped up in the news of late. You may recall he was a member of Barack Obama’s inner circle at one time; that Van Jones is “helping to push for a new, global architecture of environmental law that would give Mother Nature the same rights status as humans” according to an article by George Russell posted on Fox News’ website.

Hardly a day goes by where America’s foundations aren’t attacked; why would today be any different? You often hear or read how America is a melting pot of diversity, that we tolerate any and all, that America has room for those who want to build it up as well as those who wish to tear it down and rebuild it into something completely different. While there is a particle of truth in such a broad paint brush approach, painting with broad strokes fails to address the truth.

America was founded upon Christian values. Our sacred documents include the Scriptures, Declaration of Independence, the Constitution and Bill of Rights. Individual rights are gifts from our Creator, not something Congress came up with. Our Constitution and Bill of Rights were put in place to protect individual God-given rights FROM Congress and the natural expansion of government powers. America only works if a majority of its inhabitants voluntarily uphold the principles of self governance as set forth in these sacred documents.

Those who don’t understand the origin of rights, or worse, clearly understand constitutional limits on government as protecting God-given rights, have tried for years to confuse this important issue. They blur the distinction by calling entitlements “rights,” as if the terms were interchangeable. They are not interchangeable.

“The new movement is almost certain to be showcased at a U.N.-sponsored global summit on “sustainable development” to take place in Rio de Janeiro in May 2012, when similar issues of “global environmental governance” are a major focus of attention.”

The U.N. wants to supersede the United States’ Constitution and Bill of Rights. Put it another way, a bunch of third world thugs want to impose their will on the entire world as if their way of doing business is some how better than the grand design offered by God here in America. Do we want to take a giant step backwards?

The left is counting on a stupor of thought as they intentionally misrepresent their bold bid to abolish individual liberties; freedom of speech, freedom of assembly, freedom to bear arms in defense of life, liberty and property and every other God given right we sometimes take for granted. All we need do is discount God’s role in America.

Jon McNaughton’s painting of Jesus Christ holding the United States Constitution might be the perfect example of our situation; after all, “a picture is worth a thousand words.” This painting drew enough heat from the left to have it removed from the book store at BYU because it offended so many progressives.

America is divided nearly in half. On one side are folks with traditional conservative values which sprang from the Gospel of Jesus Christ. Those on the other side would change America into a member state of some “yet to be” worldwide governance system without the protection of our constitution. Short of calling these folks “workers of Satan,” for they would put us all in bondage; what else can they be called?

Van Jones is “one of the newest board members of an obscure San Francisco New Age-style organization known as the Pachamama Alliance, which has been creating a global movement to make human rights for Mother Nature an international reality — complete with enforceable laws.” A secondary group, The Global Alliance for the Rights of Nature, “is working to build a movement of millions of educated and inspired individuals, with thousands of successful cases of enforceable Rights of Nature legislation having been enacted at local and national levels, by the end of 2014…”

“Jones has continued to advocate those ideas since leaving the administration, as a senior fellow at the Center for American Progress, a think tank closely associated with financier George Soros, and at Princeton University’s Woodrow Wilson Center for International Affairs.”

If you want that explained in simple terms; the communist agenda requires that God-given rights be forgotten and replaced with something less formidable. Manmade “rights” will then be substituted as they can be rewarded or withdrawn as needed by whichever régime is in power at the time. It’s called enslavement. But they needed to call it something other than enslavement to sell the package, so they picked Mother Earth Rights to go along with global sustainable development.

“What’s in a name? that which we call a rose
By any other name would smell as sweet”

Shakespeare understood the importance of a name. Would America smell as sweet if we called Progressives by a different name; communists, Marxists or socialists? Perhaps I’ve chosen a poor example since Romeo and Juliet both die as a result of their family names; is that the fate of America?