S. 34: Denying Firearms and Explosives to Dangerous Terrorists Act of 2011

FRICTION GROWS BETWEEN LAWMAKERS AND DOJ OVER ‘PROJECT GUNRUNNER’ PROBE

So It Begins! Sen. Charles Schumer Proposes Increased Security And No Fly List For Amtrak Trains

Americans, Everything You Do Is Monitored

Accuracy in Media on Andrew Breitbart.

The hard core fascism behind the Green movement in America and the world. Trace its corrupt development to the present Soft War on American Sovereignties.

In our first interview with Mark Musser, he related the European, Nazi side. Today, we will further discuss the American side, including Wisconsin’s own Aldo Leopold.

Mark Musser, who documented the beginnings of the green movement in NAZI and pre-NAZI Germany, in his book Nazi Oaks, on his site, on the Web including Gulag Bound (articles: “NAZI Political Biology: The Hotwiring of Power Politics, Naturalism, Environmentalism & Racism” and ”Raddical Muslims, Environmentalists, and the Green Jihad” – first Gulag Night interview, 4/4/2011, here)

William Kay, of the site, Environmentalism is Fascism (ecofascism.com).

While most Westerners were happy to hear of the long overdue death of Osama bin Laden, Noam Chomsky was not. 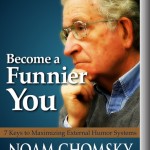 But then, the well known linguist, humorist, writer and activist, is a member of two organizations long opposed to Western liberty, and known for their sympathy for any force opposed to the West in general and America in particular.

Chomsky, the hero of addle headed, acne ravaged, adolescent anarchists everywhere, is a long time member of both Democratic Socialists of America and the Communist Party USA spin-off, Committees of Correspondence for Democracy and Socialism.

It is also worth remembering that as recently as 2006, Chomsky was a leader of Movement for a Democratic Society with former Weather Underground terrorist leaders and Barack Obama supporters Bill Ayers, Bernardine Dohrn, Jeff Jones and Mark Rudd.

Here are some quotes from Chomsky’s latest eruption in Znet: My Reaction to Osama bin Laden’s Death (emphasis added):

It’s increasingly clear that the operation was a planned assassination, multiply violating elementary norms of international law. There appears to have been no attempt to apprehend the unarmed victim, as presumably could have been done by 80 commandos facing virtually no opposition—except, they claim, from his wife, who lunged towards them.

Nothing serious has been provided since. There is much talk of bin Laden’s “confession,” but that is rather like my confession that I won the Boston Marathon. He boasted of what he regarded as a great achievement.

Less is said about Pakistani anger that the U.S. invaded their territory to carry out a political assassination. Anti-American fervor is already very high in Pakistan, and these events are likely to exacerbate it. The decision to dump the body at sea is already, predictably, provoking both anger and skepticism in much of the Muslim world.

We might ask ourselves how we would be reacting if Iraqi commandos landed at George W. Bush’s compound, assassinated him, and dumped his body in the Atlantic. Uncontroversially, his crimes vastly exceed bin Laden’s, and he is not a “suspect” but uncontroversially the “decider” who gave the orders to commit the “supreme international crime differing only from other war crimes in that it contains within itself the accumulated evil of the whole” (quoting the Nuremberg Tribunal) for which Nazi criminals were hanged: the hundreds of thousands of deaths, millions of refugees, destruction of much of the country, the bitter sectarian conflict that has now spread to the rest of the region.

Same with the name, Operation Geronimo. The imperial mentality is so profound, throughout western society, that no one can perceive that they are glorifying bin Laden by identifying him with courageous resistance against genocidal invaders. It’s like naming our murder weapons after victims of our crimes: Apache, Tomahawk… It’s as if the Luftwaffe were to call its fighter planes “Jew” and “Gypsy.”

Marxists just do not think like the rest of us. 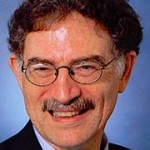 Doyle L. Niemann is a Democratic Party member of the Maryland House of Delegates, representing District 47.

Delegate Niemann has represented the 47th Legislative District in the Maryland House of Delegates since 2002, when the 47th District was created.

After serving his first four years on the Appropriations Committee, where he was a member of the Health and Human Services and the Public Safety and Administration Subcommittees, Niemann moved to the Environmental Matters Committee in 2007. He currently serves on the Natural Resources, Environment and Housing Subcommittees and is the committee’s point person on foreclosure and other real estate issues.

As a freshman, Doyle was appointed to the Governor’s Housing Commission by Gov. Bob Ehrlich. He also served on the legislatively created Child Welfare Work Group, the Maryland Task Force on Identity Theft and the Task Force on the Title Insurance Industry. He chaired a special two-year Work Group on Career and Technical Education in Prince George’s County and co-chaired the Task Force on Delinquency Prevention and Diversion. He represents the House of Delegates on the Criminal Coordinating Committee for Prince George’s County and is a Deputy Majority Whip.

An influential and well known Delegate to be sure.

Unfortunately, the good Democrats of Maryland, who persistently keep electing Mr/ Doyle, have little knowledge of his Marxist background.

Writing in the far left The Rag Blog, in August 2006, Neimann laid out his radical journey and vision:

I left Austin (Texas) in 1970, after I was purged in the great Erwin purge that wiped out John Silber and Norman what’s his name, the President of UT. My sin was protesting ROTC and getting arrested for it. Couldn’t have me polluting the student body as a teaching assistant any longer. But, truth be told, I was ready to leave. I had become disillusioned with academia and was convinced that there was a “real world” out there that was different.

This included a trip to Cuba with the Venceremos Brigade – a known recruiting operation for terrorists and spies:

I didn’t give up on politics — or organization — however. I went on to Houston and Space City News, then off on a Venceremos Brigade expedition to cut sugar cane (got me on a FBI list for four years, an early precursor of what we can expect from the Patriot Act). Then there was the organized antiwar movement that built up to and followed the May Day protests in Washington. I moved to Atlanta, became an editor of the Great Speckled Bird, helped organize the New American Movement (NAM), which later merged with DSA (Democratic Socialists of America), was a founding editor of the national weekly In These Times (in Chicago) and later, after I moved to the DC area, worked with Citizen Action, the multi-state organization that was created by what Dick would call the old “right wing” of the new left.

In 1996, Niemann was active in the Maryland branch of New Party, a socialist front organization, specifically designed to move the Democratic Party to the far left.

The New Party’s most successful member ever, was of course President Barack Obama.

Neimann is clearly still a socialist, still committed to the revolutionary ideals of his youth. As he told The Rag Blog:

These were all organized initiatives that worked to mobilize people around the values and vision that motivated us all in the ’60s and ’70s. So to say that organization disappeared with the fall of sds in 1969 isn’t quite accurate. In fact, the organizational legacy of the new left continues to exist all across the country in a multitude of forms. To be sure, it isn’t spouting the rhetoric of armed revolution, but it is working in hundreds of thousands of ways to change the fabric of the world in ways most of us could support. And it continues to have a very real and positive impact.

We may have been naïve to think back then that a mass movement would somehow magically emerge out of our efforts that would somehow fundamentally transform the structure and organization of our society. That clearly didn’t happen. Nor could it, in truth, because we didn’t have any idea of what kind of society we really wanted.

And when we thought we did, I fear it was not the kind of society most of us would want to have today. To me, that was the problem with those that chose the “Leninist” model Dick was talking about — those who went into PLP, RCP, CWP, SWP, etc. I have worked with many who took that path over the years. My little town of Mt. Rainier, a nice, traditionally working class community on the edge of Washington, seems to have attracted representatives from all of them. They are great people. Many continue to do good work. But the Leninist model never offered a vision of a society that could be sold to the people who live and work around them.

But the movement that began in the ’60s continues. I have spent the last two days at a conference of several hundred people working in state legislatures around the county. Mostly elected leaders, they included many veterans of the new left. Men and women, white, black, Hispanic, Asian, gay and straight, from almost every state, who continue to fight to change things. They are part of a very real movement that carries on the kind of battles that motivated the Rag.

We underestimated the nature of the problem in the ’60s. There’s nothing new in that. It seems to be the lot of most revolutions. But the battle is not over when it comes to creating a better, more humane and more just society. I spent part of this afternoon, for example, listening to a panel of people outline how we will turn around the battle over the right for people to marry those they love regardless of sexual orientation. They acknowledged the defeats we have suffered, but they are also learning from them and are figuring out — precisely and strategically — how we can win people to our side by defining the issue in terms that people can understand and by applying our organizational resources effectively.

I know from my personal experience that this kind of discussion is going on across the country in hundreds of thousands of communities, involving tens of thousands of people, working in a multitude of organizational contexts. That’s the legacy of the ’60s.

And the good people of Maryland are paying this man to push his revolutionary ideas in their own state legislature.