Interesting how the government and the mainstream media are still hell bent on painting Tea Party activists, Constitutional Conservatives and patriots as violent nut cases. It’s a great excuse to persecute Americans when they don’t kneel before this administration. None of us believe we are above the law – we support Constitutional laws and we support our police and military. The progressives are trying to put a wedge between us and the police and the military.

How To Identify Members Of The Collectivist Fringe

How fascist can you get. Nazi Germany anyone? 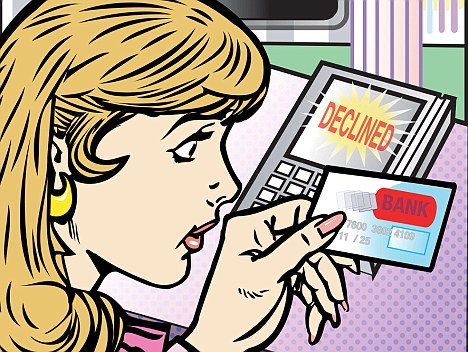 Simply e-mail me a link at [email protected] with the subject heading ‘Honorable Mention’ no later than Monday 6 PM PST to be considered for our honorable mention category and return the favor by creating a post on your site linking to the Watcher’s Council contest for the week.

So, let’s see what we have this week…. 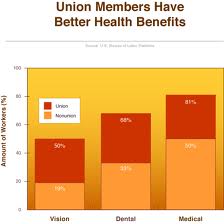 Teamsters Local 120 created this chart to demonstrate the success of their Union. “The rights which Labor has won, Labor must fight to protect.”

Reported in the Weekly Standard:

Over Half of All Obamacare Waivers Given to Union Members

In what is fast becoming a weekly event, the Obama administration granted 200 more companies aivers from the Democrats’ sweeping health care law in the Friday night news dump. That brings the number of companies receiving waivers to 1,372. (You can get a full list of the companies exempted below.)

Not surprisingly, it helps to be a Democratic ally when seeking a waiver. The Republican Policy Committee reports that over half of the workers that have been exempted so far belong to unions:

The plans newly approved for waivers cover more than 160,000 people, bringing to nearly 3.1 million the number of individuals in plans exempted from the health law’s requirements. Of the participants receiving waivers, more than half – over 1.55 million – are in union plans, raising questions of why such a disproportionate share of union members are receiving waivers from the law’s requirements. The percentage of participants receiving waivers that come from unions also continues to rise – the number was 48% in April, and 45% in March.

Unions already received a generous concession in the health care bill. Their generous “cadilac” insurance plans were exempted from being taxed until 2018, adding about $120 billion to the bill’s cost over ten years. For more on how the administration has helped unions, see my story in THE WEEKLY STANDARD from a few weeks ago.

No brainer question: If unions have created the best working environments and benefit packages, and “if you like what you have now, you can keep it,” why do these same unions need waivers in order to allow them to not fall under the management of Obamacare? Just askin’

Here is the full list of all waivers granted… straight from the horse’s mouth.

Union whistleblowers: We were beaten and harassed after they accused bosses of looting

Unionized phone company employees say they were beaten or threatened after they accused their labor bosses of looting their coffers through various scams.

One member of Communications Workers of America Local 1101 said that after he reported a time-sheet padding scheme, a thug beat him so badly his spine was injured.

Another says he found a dead rat in his locker, while a third said a union officer warned that suspected informants should be brought off company property and “taken care of.”

The threats come to light as the U.S. Labor Department is probing charges that union bosses lined their pockets at the rank-and-file’s expense.

The feds are also looking into allegations that double-dipping union bosses illegally received pay from Verizon and the local for the same hours, sources said.

So very glad that the Unions got rid of all those sweat shops and oppressive, selfish employers who made themselves wealthy on the backs of the laborer’s hard work.