Everyone who reads this blog knows I’m a Christian. But unlike Camping and yesterday’s end of the world farce, I actually believe G-d, the Father, is the only one who knows the day and hour of his calling us home:

But of that day and hour knoweth no [man], no, not the angels of heaven, but my Father only.

To be fair, Camping was only predicting the Rapture yesterday (which obviously did not occur). He’s saving the end of the world for October. Between him and the 2012 enthusiasts, we should all, including the media, be surfing the Apocalypse these days.

Zombie just couldn’t help but attend the festivities in California yesterday at Camping’s office. You just have to see the pics – they say it all. Here’s a taste: 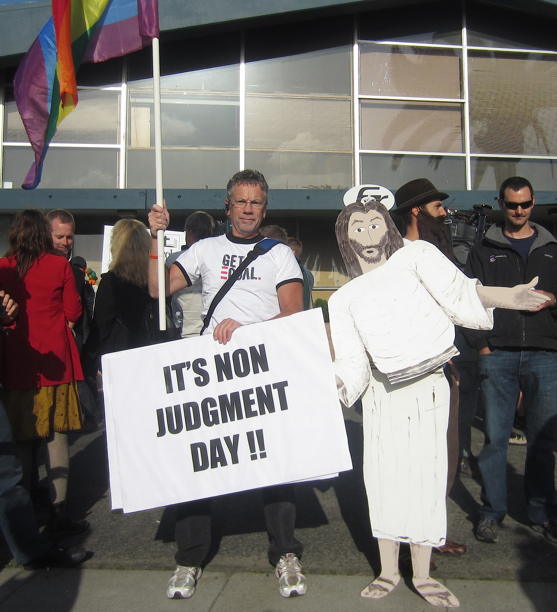 Every fruit, flake and nut showed up to ridicule Camping’s foretold occurrence of the Rapture. Some sincere, good Christians also showed to say that Camping did not speak for all Christians and they were also there to console his followers when the event did not occur. But that didn’t stop the miscreants and the media from ridiculing Christians and faith as a whole. They better ‘pray’ they are right, because in the end, we all stand before Him in judgment. 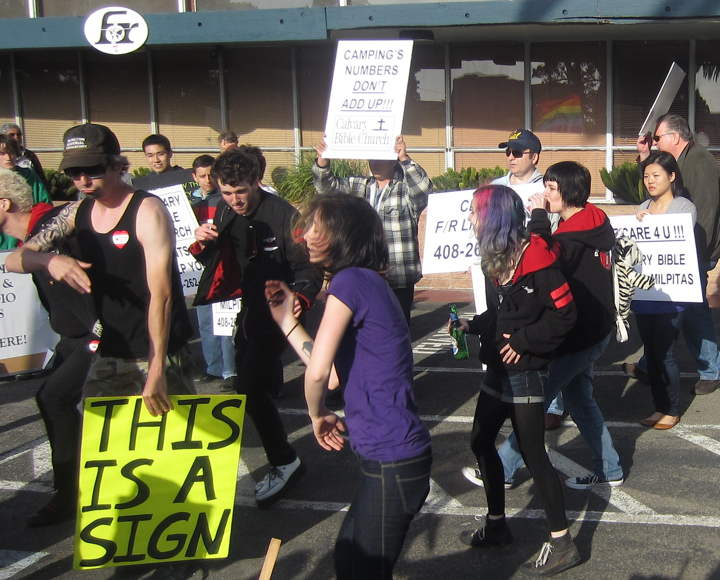 Some would argue that at the end of the day, not only would there be false prophecies, but the wicked would rejoice in the streets just as they did in Sodom and Gomorrah. 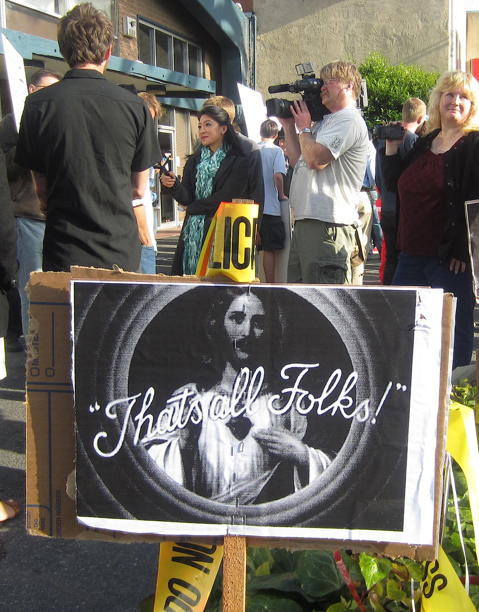 Everyone I know (and I know a lot of good Christians) are still here. So, it looks like Camping got it wrong. Gee, who saw that coming? Now, if Obama is reelected, I myself may be in the streets with a sign shouting that the end is nigh. Just sayin’…

In the meantime, the heathens that populate the media are running with a non-story of a kook who dares to think he knows the mind of G-d. There are so many crazy things going on in California that they could report on, but if it disses religion… You know, lede with all the crappy news that’s not fit to print. But blessed be Obama and Soros in the image of evil I guess. And finally, here is a truly tacky video to go with the tacky media…